Sign Up for Free to View
The John Wayne Gacy Case, Explained 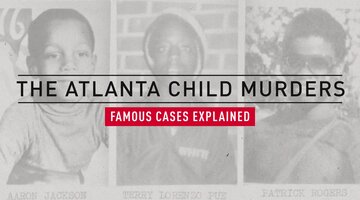 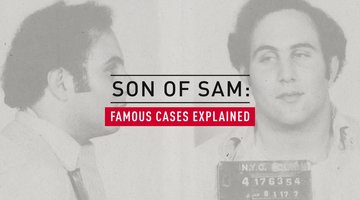 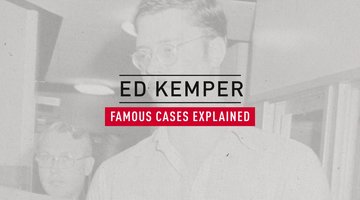 Gacy had sent the self-portrait to his stepdaughter Tammy Hoff after getting locked up for killing 33 young men and boys in the 1970s.

Hoff sold the paintings, along with some letters decorated with clown stickers that her notorious stepfather sent her over the years from prison, to Bagans, who plans to show the disturbing memorabilia off at his Haunted Museum in Las Vegas.

He told TMZ he was intrigued by the letters because they showed a different, more loving side to the killer, who was executed in 1994.

Baggans also purchased the last Polaroid Gacy took and his final pack of cigarettes before he was executed.

The reality television star’s true crime exhibit at the museum also includes notable items from some of America’s most shocking killers and crimes, including a pair of dentures from Charles Manson, Manson’s pentagram necklace, Sharon Tate’s wedding dress, and glasses once worn by Ted Bundy, according to Alternative Press Magazine.

Hoff lived with Gacy in his Illinois home at the time of the brutal murders, but never suspected that her stepfather was killing dozens of young men and boys and burying them under the family’s house.

Investigators began to suspect the well-liked community man, who often dressed up in a clown costume for charity events, after 15-year-old Robert Piest disappeared in December 1978 after telling his mother he was going to speak to a contractor about a holiday job, according to Oxygen’s “Mark of a Killer.”

Authorities identified Gacy as the contractor but when they asked him to meet with investigators, he didn’t arrive until 3 a.m. and had dirt all over his clothes. He claimed that his car had gotten stuck in the mud, but investigators were suspicious and began round-the-clock police surveillance.

“Gacy was arrogant. He could see the policemen sitting in the front of his house. He’d invite them in to use the restroom,” Cook County Assistant State’s Attorney Lawrence D. Finder told “Mark of a Killer.”

That arrogance would eventually lead to Gacy’s downfall after one officer noticed the smell of decomposition while in the contractor’s bathroom.

Authorities were able to obtain a search warrant and found 29 bodies buried beneath the home. Other bodies were also found along an Illinois riverbank.