Sign Up for Free to View
Father, Son Charged With Killing Black Jogger In Georgia 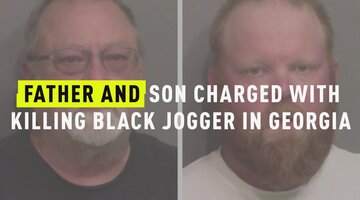 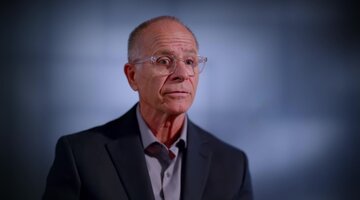 A father and son have been charged with felony murder and aggravated assault more than two months after a black man was shot to death as he ran through their Georgia neighborhood.

The Georgia Bureau of Investigation announced the arrest Thursday of Gregory McMichael, 64, and his son Travis McMichael, 34, for the Feb. 23 death of 25-year-old Ahmaud Arbery.

In a press conference Friday morning, GBI director Vic Reynolds said that “probable cause was clear to our agents pretty quickly” in the case.

The GBI was asked to get involved in the investigation late Tuesday night and “hit the ground running pretty hard Wednesday morning,” he said.

By Thursday evening, agents were securing the warrants for the men’s arrest after reviewing evidence, canvasing the neighborhood and re-interviewing witnesses in the case.

Arbery had been running through a Satilla Shores neighborhood in Brunswick when he encountered Gregory McMichael and his son and was shot to death.

Gregory McMichael, a former law enforcement officer, told police that he saw Arbery “hauling ass” down the road and believed he was a burglar, according to a Glynn County police report obtained by NBC News.

Arbery's family has said he was out for a jog.

McMichael jumped into his pickup truck with his son—both of them were armed at that point—and pursued Arbery. They claimed to authorities that after catching up with the unarmed Arbery and shouting at him to stop, Arbery began to attack the men and there was a fight for the shotgun. Travis allegedly fired the shotgun and Arbery was killed, according to the police report.

Greg McMichael is a former employee of the district attorney’s office in Brunswick and also has a background in law enforcement, WXIA-TV reports.

The killing has sparked outrage throughout the country, as activists and others have decried the presumption that Arbery was a criminal. The attorney representing Arbery’s family, S. Lee Merritt, described the incident as a "modern-day lynching."

The video shows a man, believed to be Arbery, running down the street when he approaches a white truck parked in the road and a man holding a shotgun standing outside the vehicle. Another man was standing in the truck bed. The camera briefly goes out of focus as yelling is heard. When the camera captures the scene again, Arbery is seen trying to pass the truck on the passenger side before a gunshots are heard and Arbery seems to be struggling with a man holding the shotgun before stumbling forward and falling into the road.

Reynolds said investigators reviewed the video as part of their investigation into the case.

“When we got involved in the case, we look[ed] at what’s available to us,” he said at Friday’s press conference.

While some have criticized local authorities for not making the arrest sooner, Reynolds said the mounting public pressure did not weigh into the agency’s decision to make the arrests.

In any investigation, Reynolds said the GBI’s goal is the find the facts and then apply those facts to the law to see whether there is probable cause to make an arrest.

After the news of the arrest was announced Thursday, Arbery’s friend Akeem Baker told The New York Times he felt an “ounce of joy” the men were now behind bars.

“It’s a small win, you know, but I feel like we still got to continue to push forward to get justice. To make sure everybody involved are held accountable,” he told the paper.

Reynolds said the GBI’s investigation into the shooting remains an active investigation and that investigators are continuing to look into everyone involved, including the person who shot the video of the attack.

“They are staying in this community and they are going to continue to work it,” he said of his agents.

If there is enough probable cause to support it, he said it's possible additional arrests could be made.

Merritt, the family's attorney, said that Arbery’s mother, Wander Cooper, is pleased that arrests have been made in her son’s death.

“She was very relieved,” Merritt told The Times. “She remained very stoic as she has during this entire process. I believe that she is holding out for a conviction for these men.”

Earlier this week, Merritt had demanded the arrest of the father and son.

“There are a number of agencies that can go out and make these arrests today,” he said at the time according to NBC News. “That is our demand. The men who murdered Ahmaud should be prosecuted.”

Both Gregory McMichael and Travis McMichael have now been booked into the Glynn County jail as they await further court proceedings.

Family Of Missing Georgia Teen Is Desperate For Answers