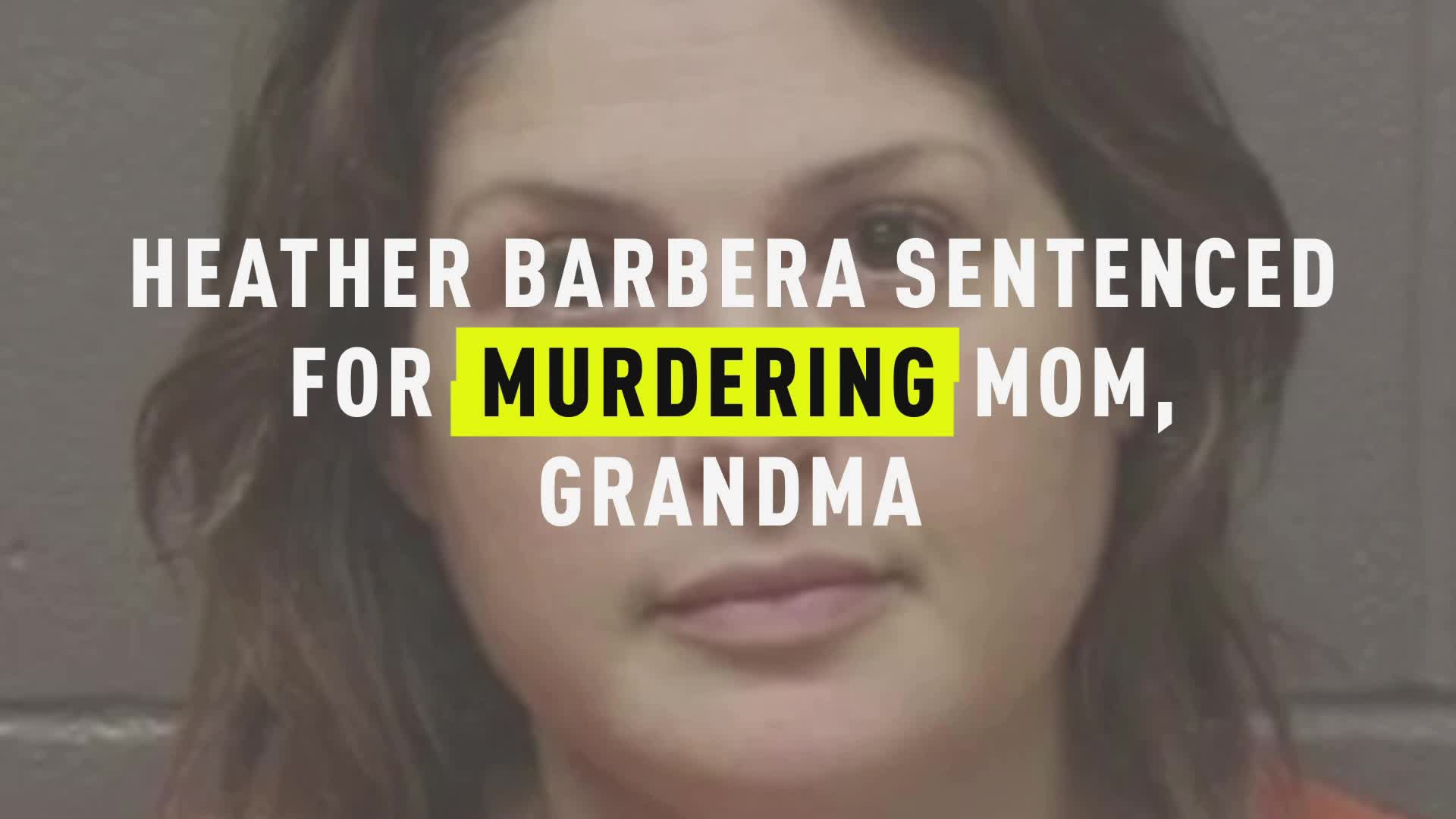 A woman who killed her own mother and grandmother in their New Jersey beach home was sentenced Thursday to 42 years in prison.

Heather Barbera, 43, used a nightstick to bludgeon 67-year-old Michelle Gordon and 87-year-old Elaine Rosen in their Ventor condo in July 2018, authorities said. She then stole the victims’ cash and credit cards. She was arrested a few days later.

Barbera pleaded guilty in October to aggravated manslaughter and murder.

“There is no more heinous, cruel or depraved crime than killing one’s own mother and grandmother,” she said.

Eiselen said that Barbera’s family members took her in and gave her a place to live before she brutally killed them and robbed them. She moved in with them the same year she killed them. She is the mother of two and was unemployed when her mom and grandma let her move in.

Barbera apologized in court, saying, “I never wanted any of this to happen.”

Tears ran down her face as she apologized, according to the Press of Atlantic City.

Her lawyer, James Leonard Jr., argued that Barbera was part of a “toxic” family.

“The Heather Barbera that I have come to know, since I’ve been involved with her, is definitely not somebody that I could ever envision participating in anything like this, committing offenses like this,” Leonard told the judge before his client was sentenced. He claimed that substance abuse and mental health issues on all sides “created a very volatile situation that exploded very, very unfortunately,” according to the Press of Atlantic City.

Judge Bernard DeLury did not appear to side with the defense. Instead, he called the murders “exceedingly violent” when he handed down the sentence and added, “After her violent attack on these two women, the defendant callously and calmly cleaned herself up, collected the valuable belongings she could find, including a ring from the hand of her dead mother, and then pawned the jewelry."

He went on to say, "The depravity is palpable,” according to the Press of Atlantic City.

Under a plea agreement, Barbera would be eligible for parole after serving 40 years. She must also pay about $7,000 in restitution. Barbera’s husband, Jimmy Scott Thompson, told the Philadelphia Inquirer he wants to help his wife appeal the sentence. He said he thinks that she should only get 20 years for manslaughter.