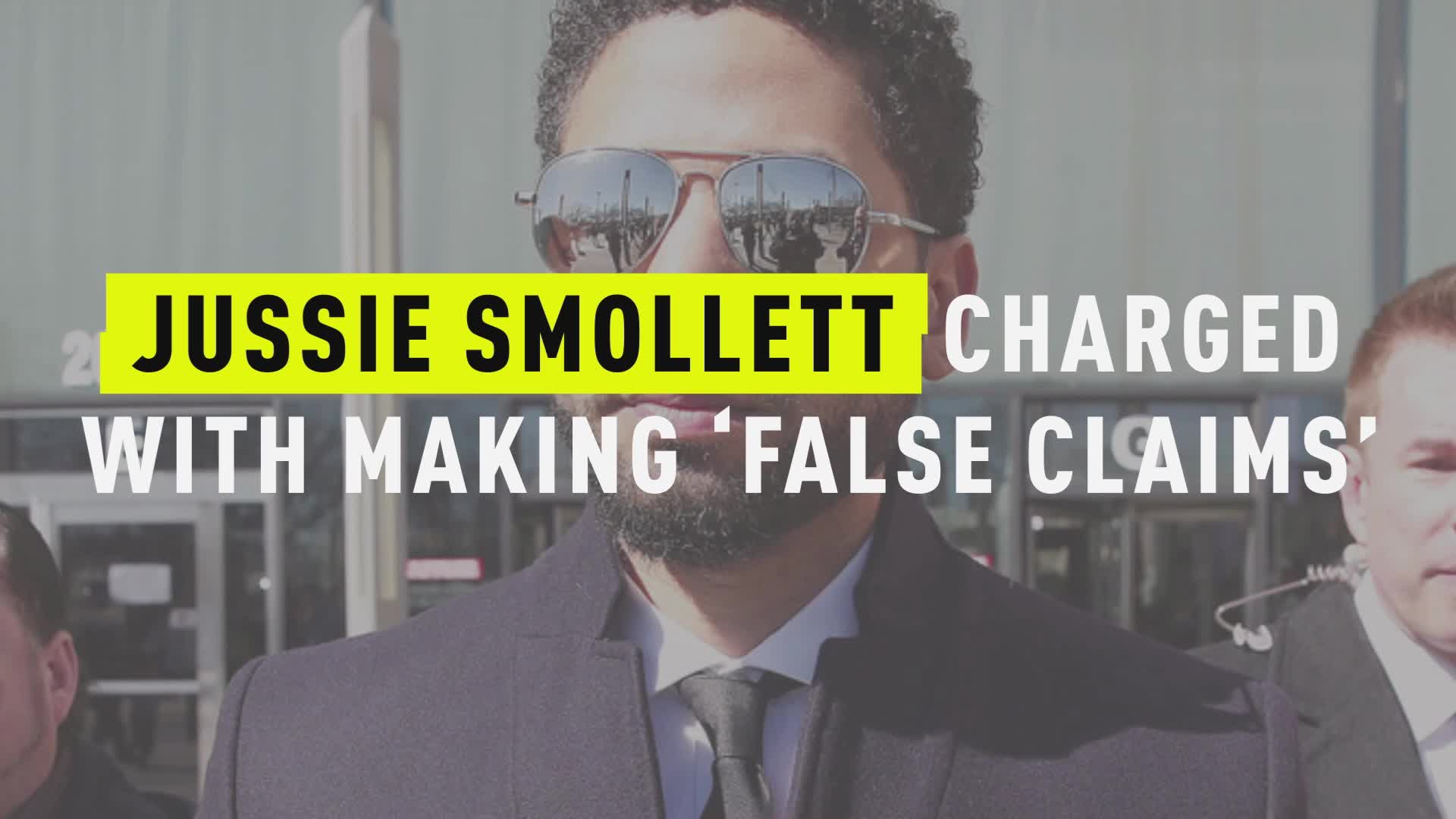 Jussie Smollett appeared in court in Chicago on Monday, where he pleaded not guilty to new charges related to long-standing claims that he lied to authorities last year about being the victim of a hate crime.

The 37-year-old actor, who is black and gay, famously claimed last year to have been beaten by two individuals who used racial insults and doused him with bleach, but he was later accused of staging the false attack in order to build his career. In a highly controversial move, prosecutors ultimately dropped the case against him, but Smollett was charged anew earlier this month with six counts of disorderly conduct.

Judge James Linn set a $20,000 bond on Monday, and Smollett was released on his own recognizance, the Chicago Tribune reports. He is scheduled to next appear in court on March 18.

Smollett’s legal team has also asked the Illinois Supreme Court for an emergency stay, with Smollett’s lawyer, Tina Glandian, notifying Judge Linn of that move during Monday’s hearing, according to WGN9. That motion also seeks to have the case dismissed, and for the court order appointing a special prosecutor to look into the case — which is what led to the new charges — to be vacated, according to the Chicago Sun-Times.

Cook County special prosecutor Dan K. Webb announced on February 11 that Smollett had been indicted on six new counts of disorderly conduct for “making four separate false reports to Chicago Police Department officers related to his false claims that he was the victim of a hate crime, knowing that he was not the victim of a crime,” a press release obtained by Oxygen.com states.

A grand jury reportedly investigated the January 29, 2019 attack, which Smollett claimed took place in his Chicago neighborhood and was perpetrated by two unknown men in ski masks who left him with a noose around his neck. In a surprising twist to the case, Chicago police claimed that Smollett paid brothers Olabinjo and Abimbola Osundairo to stage the so-called attack to build his celebrity.

The actor, however, maintained his innocence and, after being charged the following month with 16 counts of disorderly conduct for allegedly lying to police, he pleaded not guilty; prosecutors later dropped the charges altogether, instead ordering Smollett to perform community service and forfeit a $10,000 bond, according to the Chicago Tribune.

This time around, Smollett is again maintaining his innocence. Following Monday’s hearing, Glandian said that her client is “obviously frustrated” to be in court again, according to the Tribune.

The Osundairo brothers, who Smollett’s legal team have previously accused of beating Smollett and lying about it, also appeared in court on Monday as observers, the Tribune reports. During Smollett’s previous case, the Osundairo brothers testified before a grand jury for the prosecution; their lawyer Gloria Schmidt Monday said that they came to court that morning to “support the process” and they will be continuing to sit in on future court dates, according to the outlet.

"They feel glad that the process is moving forward," Schmidt said, according to NBC News.

Smollett is also facing a separate legal battle after the city of Chicago filed a lawsuit last year seeking to recoup the $130,000 they say was wasted in investigating Smollett’s case.

Jussie Smollett's Indictment Is 'All About Politics,’ Lawyer Says