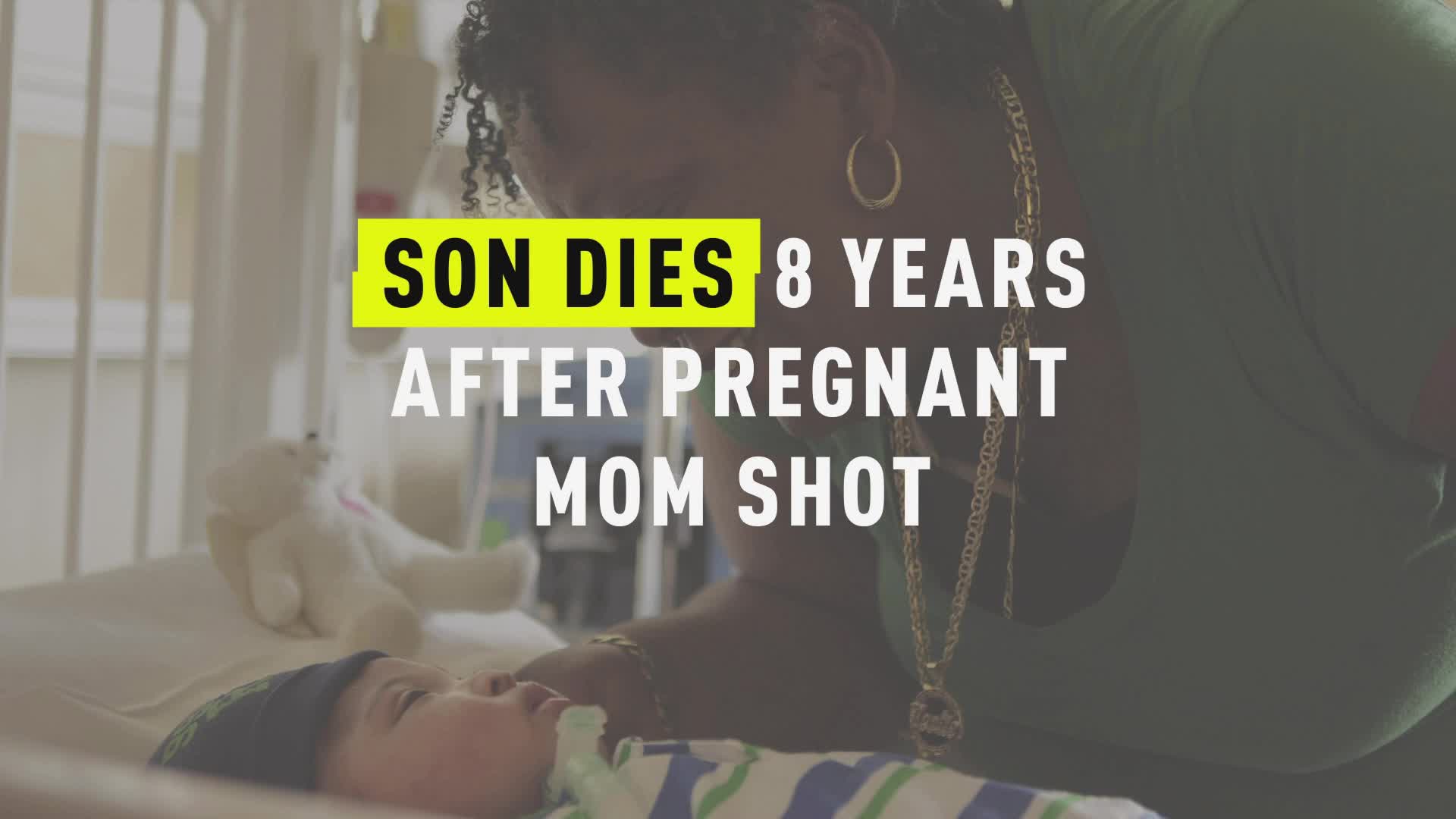 The child that a pregnant woman was carrying as she was fatally shot eight year ago has now succumbed to injuries sustained in that shooting.

Charinez Jefferson, 17, was pregnant with her son Kahmani Mims-Jefferson when she was shot while walking down a street in Chicago, the Chicago Sun Times reported. Jefferson was not the intended victim; she was a mere bystander of gang crossfire. Still, she sustained eight gunshot wounds, the Chicago Tribune reported in 2016. She was shot in the head, back and chest, according to CBS 2 Chicago.

Kahmani defied the odds and was born following the tragic incident. Charinez died immediately after. His skull had been fractured due to the impact of his mother falling to the ground during the shooting and he was born with brain damage due to a lack of oxygen, the Chicago Tribune reported.

The motherless child was then adopted by a hospital nurse, the boy’s relatives told CBS 2.

She added that his death has been classified as a homicide. It’s not clear if the man who killed his mother will also be charged with his death.

Timothy Jones, who was 18 at the time of the shooting, was trying to kill a rival gang member who was walking with the pregnant teen. He was sentenced to 90 years in prison in 2016 for the killing, the Chicago Sun Times reported in 2016.