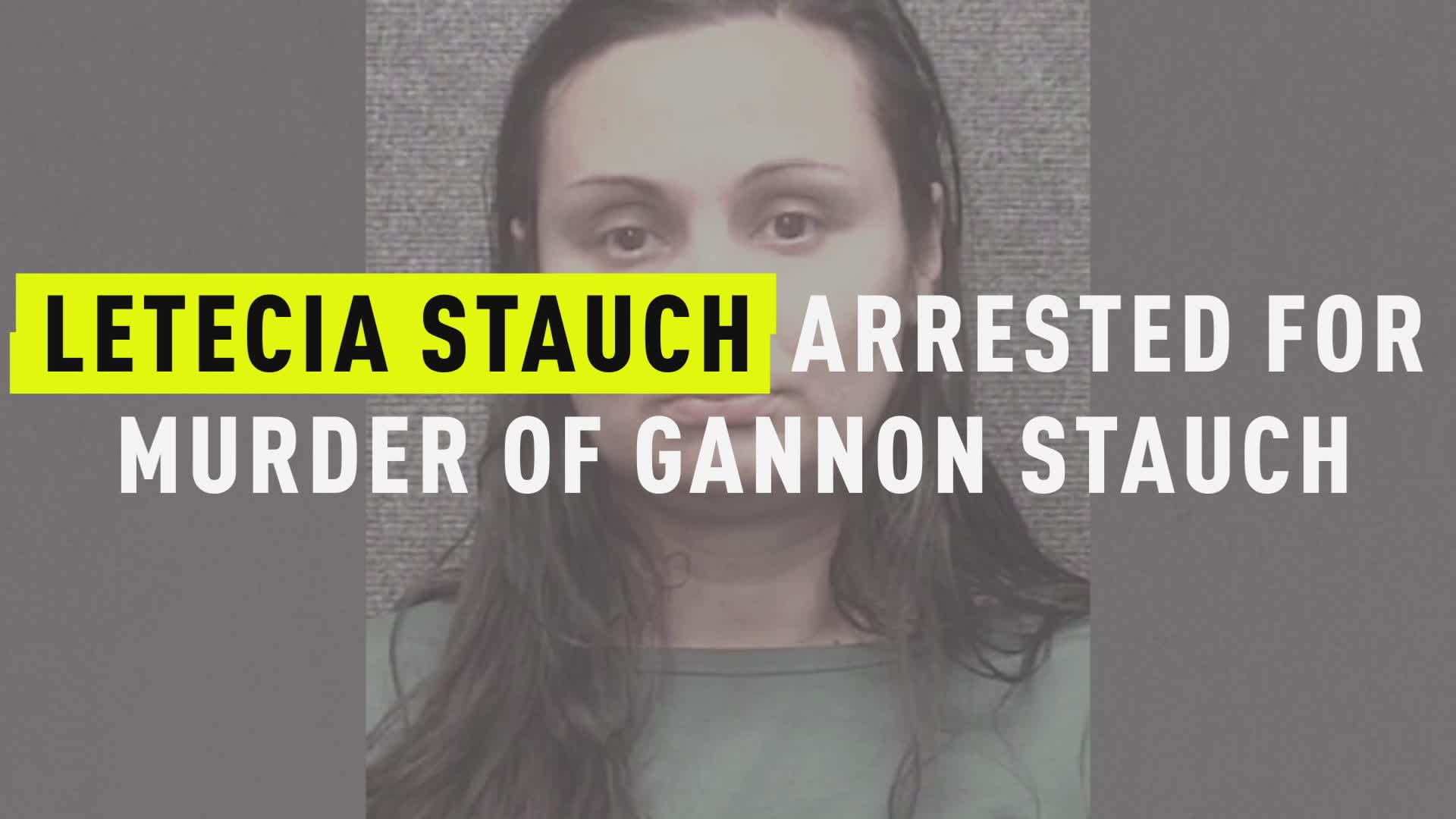 The stepmother of Gannon Stauch has now been formally charged with the Colorado boy's murder.

Letecia Stauch, 36, was the last person to see her 11-year-old stepson, who vanished on Jan. 27 in El Paso County.

She was arrested last week and extradited from Myrtle Beach, South Carolina — where she is originally from and where she was arrested — back to El Paso County. Though Gannon is yet to be found, investigators made it clear they think he is dead and that his stepmother is to blame.

Letecia was formally charged with first-degree murder of a child under 12 by a person of trust, child abuse resulting in death, tampering with a deceased body, and tampering with evidence on Wednesday, KKTV in Colorado Springs reports. Wearing a lime green jumpsuit, Letecia appeared stoic in court. She avoided eye contact with both the public and the biological parents of Gannon, KKTV reports. Gannon's dad Albert Stauch had reportedly filed for divorce from Letecia Stauch last week.

Senior Deputy District Attorney Michael Allen told reporters outside the courtroom that the first-degree murder charge alone comes with a possible life sentence, CBS 4 in Denver reports. He also told reporters that he has not yet ruled out seeking the death penalty.

He made it clear he doesn’t want to make a deal with Letecia.

Allen said the prosecution has been building a case against Letecia for more than a month.

More than 107 warrants have been filed, according to the Denver Post.

It’s unclear how investigators have come to believe that Letecia Stauch killed the boy or how they think he died. She had initially claimed that Gannon vanished after he left their El Paso County home to walk to a friend’s house. However a neighbor challenged that claim and argued footage from his home surveillance system contradicted Letecia’s account.

The neighbor told the Denver Post that footage he uncovered showed the boy and a female relative get into a truck the morning of his disappearance; when the truck returned about four hours later, Gannon was absent. In a previous statement provided to local outlet KDVR, Letecia maintained that she and Gannon had gone shopping that day and returned home together, even if the video did not appear to show it.

Allen told reporters that Letecia is presumed innocent. Her public defenders Kathryn Strobel and Kim Chalmers, both of whom work at the Office of the Colorado State Public Defender, are not available for comment, per office policy.

Letecia is also accused of attacking a deputy in Kansas while she was being transported across the country, Kansas authorities told the Gazette. She has not been charged in connection with that alleged incident.