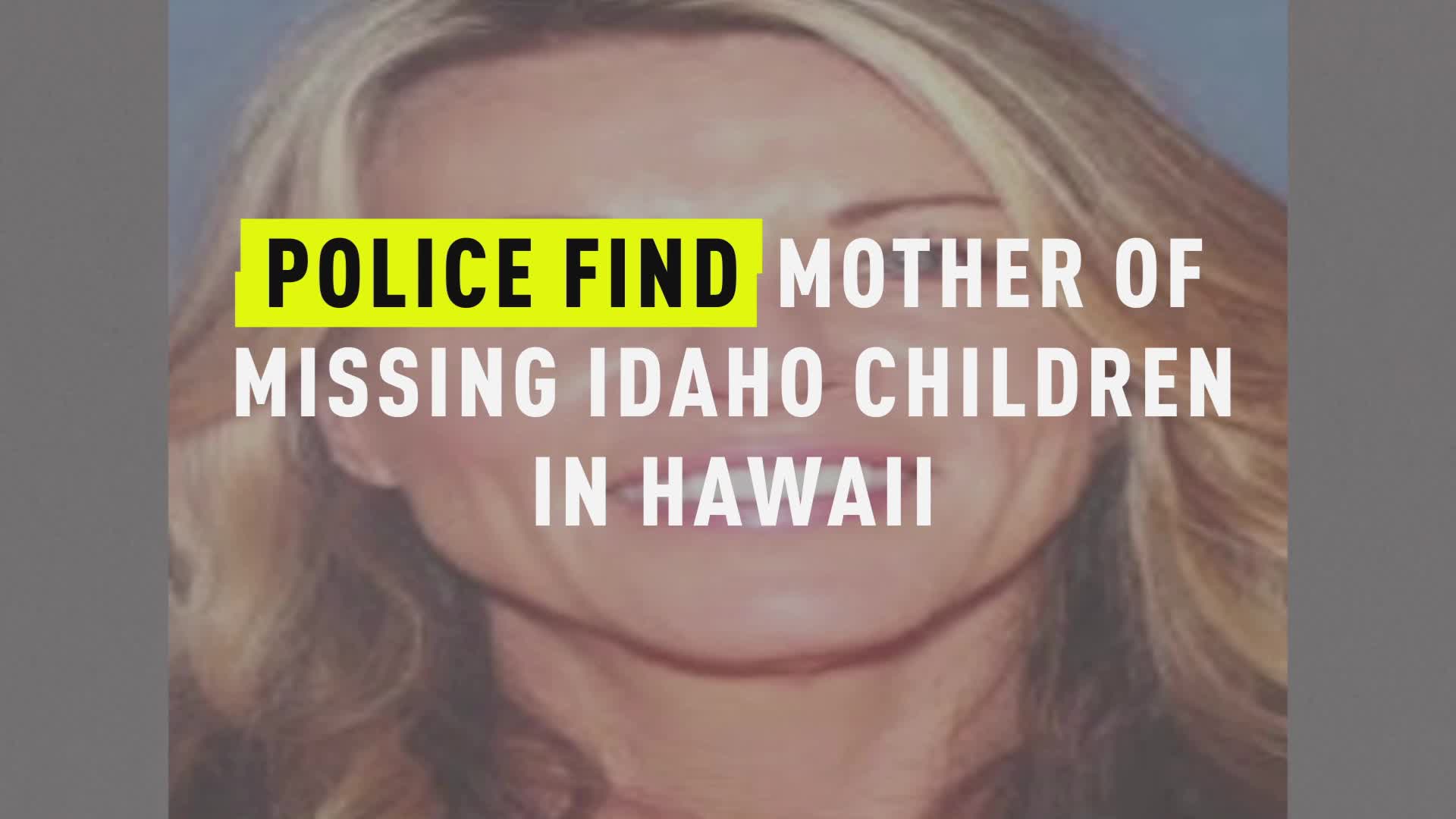 The mother of two missing Idaho children, who missed a deadline to produce them to authorities, has again been spotted island-hopping with her spouse in Hawaii.

Lori Vallow-Daybell and her husband Chad Daybell were photographed shopping for rental cars at a Hertz branch in Hawaii, EastIdahoNews.com reported. They had previously fled their residence in Idaho while the investigation into their children's disappearance was in its early stages, law enforcement said late last year.

Authorities there confirmed Vallow-Daybell and Daybell are “persons of interest” in the suspected disappearances of her two children, Joshua “JJ” Vallow, 7, and Tylee Ryan, 17. The two children haven’t been seen since September.

Early on in the investigation of the children's disappearance, the 46-year-old mother and her husband abruptly left their home in Idaho, only to be tracked down in Kauai, Hawaii late last month.

The woman who took the latest photo of the pair and shared it with the local outlet asked to not be identified.

News of the couple’s tropical travels comes after they apparently ignored a deadline to produce their children to authorities in Idaho. That has left some wondering why a warrant hasn’t been issued for their arrest. Some experts have speculated that prosecutors don’t yet have sufficient evidence to charge the married couple, who have reportedly been residing in a gated residence in Hawaii.

“There may very well be grounds to have her extradited back to Idaho to at least address the question as to where the children are,” Frank Montoya, an FBI veteran and counterintelligence expert, told EastIdahoNews.com. “But it’s all about patience. There are a lot of jurisdictions involved, there’s a lot of interest in law enforcement to resolve it and they’re going to be putting forth their best effort but patience for the public is key.”

While Vallow-Daybell and her hsband could face contempt of court charges, other legal experts said it could be a gamble by attempting to extradite the couple without securing proper evidence against them.

"I'm willing to bet what everyone is trying to do is get enough evidence to get an arrest and prove some sort of felony," Samuel Newton, an assistant professor of law at the University of Idaho, told USA TODAY.

"What they don't want to do is to file a charge and then have it get dismissed because there's nothing to support it," he added.

Vallow-Daybell's oldest son called her a “monster,” after she was seen vacationing with her new husband.

“I'm done,” Colby Ryan told Fox10 Phoenix after news of the sightings broke. “I've been done the day that I saw them without the kids walking around Hawaii. That was it.”

A lawyer for the couple previously defended them after the investigation into the missing children began, calling Vallow-Daybell was a "a devoted mother," and describing Daybell as "a loving husband."

"Lori (Vallow) Daybell is a devoted mother and resents assertions to the contrary. We look forward to addressing the allegations once they have moved beyond speculation and rumor,” the attorney said.

The couple married after Chad Daybell’s long-time wife Tammy died in October, Yahoo News reported. Daybell’s spouse was first believed to have died from natural causes but her body was exhumed in December, after police said her death “may be suspicious.”

Vallow-Daybell, a supposed doomsday prepper and Mormon podcast host who allegedly believes she’s a reincarnated god, has also been married a number of times — and similarly, her former spouses have met early ends.

Her ex-husband, Charles Vallow, the father of 7-year-old JJ, was fatally shot by Vallow-Daybell’s brother Alex Cox in July, according to Yahoo News. Cox himself later turned up dead and his cause of his death is unknown. Joseph Ryan, another former spouse of Vallow-Daybell and the father of 17-year-old Tylee, reportedly died from a heart attack in 2018. Investigators haven’t confirmed if any of the cases are connected.

“This is pretty out there,” Montoya, the former FBI special agent, told EastIdahoNews.com. “This is strange and bizarre. When you’re looking at the number of people who are dead that are associated with either individual at the center of this case, and when you consider the missing children and how long they’ve been gone, there’s something very suspicious about their behavior.”