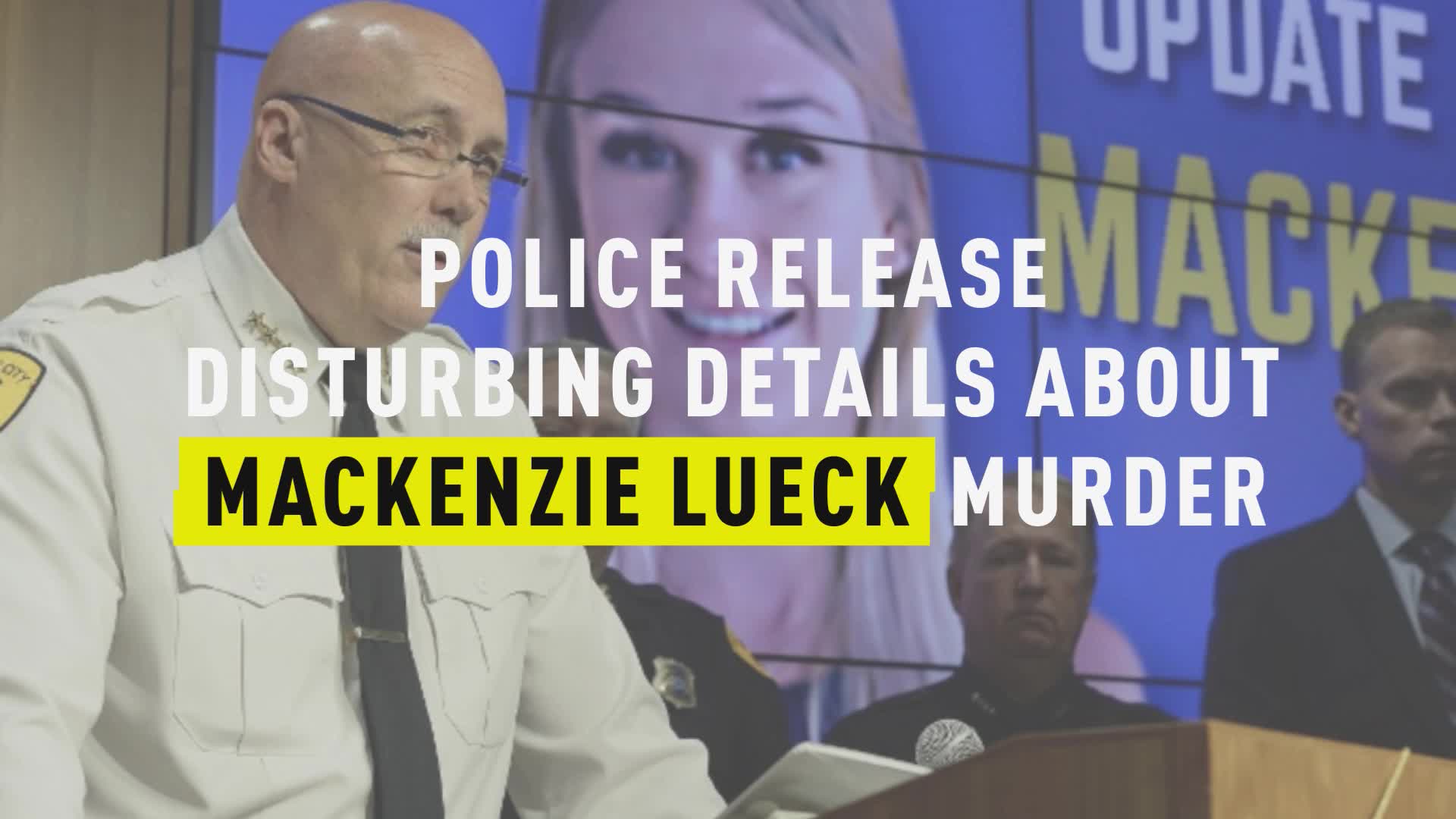 The Lyft driver who dropped college student MacKenzie Lueck off at a North Salt Lake park the morning she disappeared recently described the “strange” ride he had with the 23-year-old.

Michael Canada told KUTV that he picked Lueck up at the Salt Lake City airport on June 17, 2019 and gave her a ride to Hatch Park, where she told him she would be meeting a friend.

The ride carried on as usual until one of them mentioned something being strange in their small talk with one another.

“… And she said, ‘not as strange as where you are dropping me off in the middle of a park.’ She actually brought that up and said it was odd she was being dropped off there,” Canada told the station.

Canada said he had dropped off customers at strange places before and gave little thought to the 2 a.m. drop off.

When they arrived in the parking lot, Canada said he parked next to the only car in the lot. He transferred Lueck’s bag from his own car to the waiting vehicle, which he believed was a Subaru.

He saw someone in the car who had a “faint light voice” and curly dark hair and believed it was a woman — although he never got a good look at the driver.

“When I got there, it didn’t seem to be off or anything,” he told the station.

Lueck got into the car and Canada resumed his shift, continuing to pick up customers. He didn’t realize anything was wrong until police contacted him.

“I was the last person to see her. I thought, 'Could I have done something different? Or is there anything I could have done?' But, you know, I kept playing it over and over again and it’s like well, you know, I did my job, did what I was supposed to do, made sure she was ok, so kind of gave me a little bit of relief at least thinking that ‘Ok, I did what I could,” he said.

Authorities would later arrest Ayoola Adisa Ajayi, 31, and charge him with aggravated murder, aggravated kidnapping, obstructing justice and desecration of a dead body after investigators discovered human bone, charred muscular tissue, part of a scalp with hair, and a cellphone in a burn area in Ajayi’s backyard, according to newly released search warrant affidavits obtained by local station KSL.

A man renting the basement Airbnb from Ajayi’s house told police he saw the 31-year-old burning items, including wood pallets, in the backyard.

“Ayoola had the pallets and what he described as a white door on fire behind the garage. He said he stayed on the patio and did not approach the fire. (He) said a neighbor lady then started yelling at Ayoola and telling him if he did not put the fire out she was going to call the fire department. (The renter) said he could not believe Ayoola had ignited the fire in his backyard and went inside because he did not want to be involved with the incident,” the search warrant said.

A neighbor also said reported seeing large flames and described the smell of the blaze as “something I’ve never smelled before,” KUTV reports.

Shortly after Lueck disappeared, investigators began looking into the 23-year-old’s use of dating apps including Tinder, Seeking Arrangement, and Call Her Daddy. The warrants said Lueck had been involved in the apps “for quite some time” and had sexual conversations, photos, videos, and date arrangements.

Police found a Seeking Arrangements app installed on Ajayi's phone and say he later told police that Lueck had sent him a message on June 16 at 6:12 p.m. with a question mark. He replied with the words “seeking arrangement” and sent a picture, but told police he did not have any further communication with her, according to the court records.

Investigators said Lueck’s personal cell phone number had been saved into Ajayi’s phone as an unnamed contact; however, the words “TextMe” were written underneath.

Lueck’s father told investigators that after his daughter disappeared, he discovered she had a credit card he didn’t know about and a separate bank account, the warrants said.

She had also been using the TextMe app, a third-party messaging app for cell phones.

Ayaji is currently being held at the Salt Lake County jail.