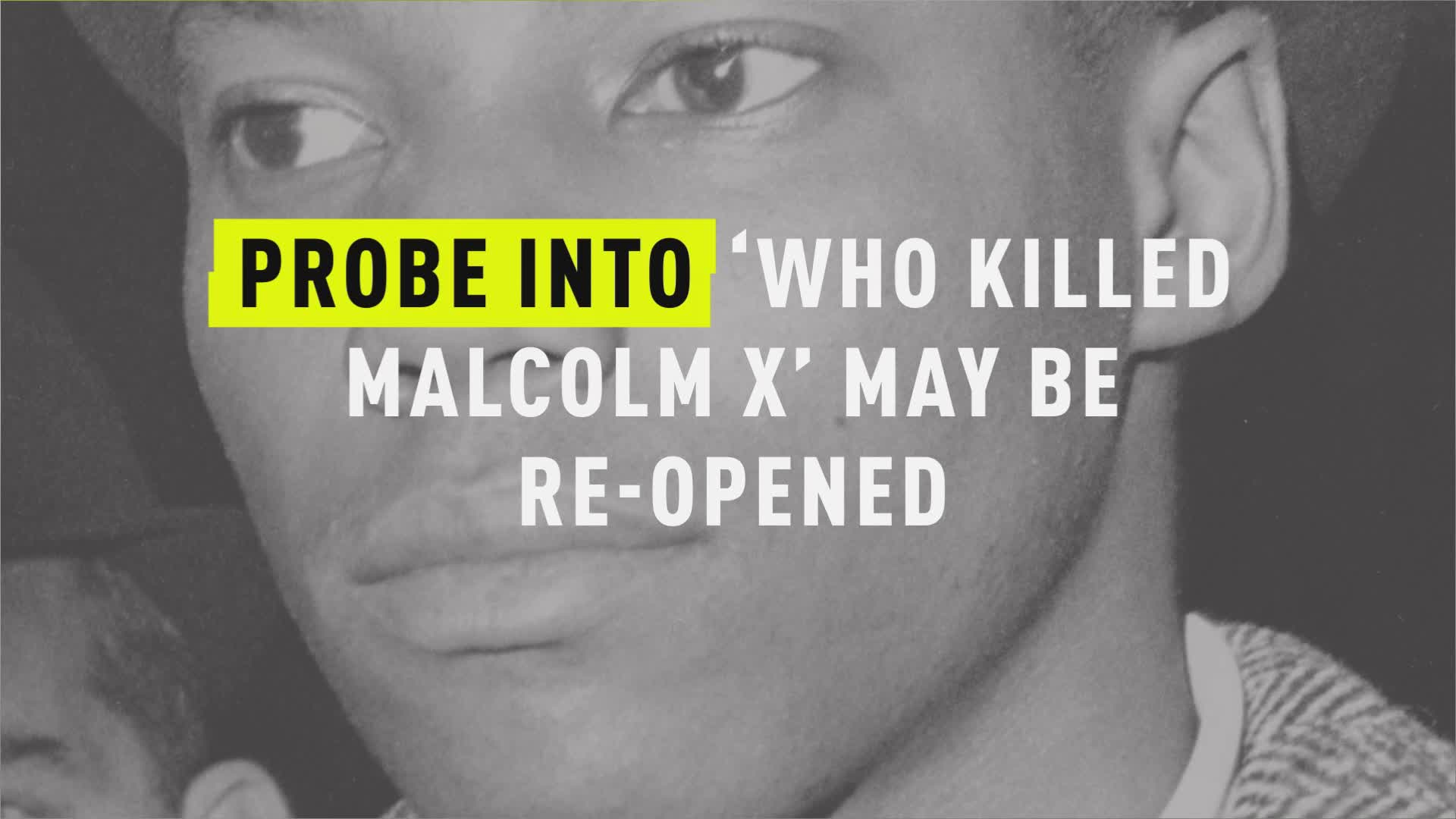 A new Netflix documentary that began streaming last week could result in a new investigation into the killing of civil rights leader Malcolm X, who was assassinated in New York City in 1965.

The documentary "Who Killed Malcolm X?" posits that two men, Khalil Islam and Muhammad Abdul Aziz, convicted in the killing of El-Hajj Malik El-Shabazz – better known by the name Malcolm X – were innocent of the crime. The documentary also alleges four members of a Nation of Islam mosque in New Jersey escaped justice for their role in Malcolm X's killing.

Malcolm X, 39, was shot to death by multiple gunmen on Feb. 21, 1965 just as he was about to give a speech at the Audubon Ballroom in New York City. The brazen assassination came just a week after Malcolm X's home had been firebombed.

Prior to his killing, Malcolm X had become disillusioned with the Nation of Islam and its leader Elijah Muhammad – beginning to preach racial integration in contrast to the black separatism that defined his earlier activism. That led to the group denouncing Malcolm X and even resulted in some leaders calling for his death.

Talmadge Hayer, also known by the names Thomas Hagan and Mujahid Abdul Halim, had confessed to killing Malcolm X but he maintained Islam and Aziz had nothing to do with the murder. Aziz was paroled in 1985 and maintains his innocence, while Islam died in 2009, according to The New York Times.

Hayer later signed an affidavit again denying Islam and Aziz's involvement in the killing and naming four other co-conspirators who had not been charged, according to sociologist Rod Bush's book "We Are Not What We Seem: Black Nationalism and Class Struggle in the American Century." The case wasn't reopened despite Hayer's testimony.

The documentary itself singles out William Bradley – who later changed his name Al-Mustafa Shabazz – as one of Malcolm X's alleged killers, though he escaped scrutiny at the time. Shabazz died in 2018 and had previously denied involvement in the killing, according to The New York Times.

“What got us hooked,” documentary director Rachel Dretzin told The New York Times “was the notion that the likely shotgun assassin of Malcolm X was living in plain sight in Newark, and that many people knew of his involvement, and he was uninvestigated, unprosecuted, unquestioned.”

The documentary largely follows Abdur-Rahman Muhammad, who has spent years privately investigating declassified FBI documents and interviewing former members of Nation of Islam mosques in New Jersey and New York City, in an effort to identify those he believes are Malcolm X's true killers.

The renewed scrutiny may already be having an effect.

Manhattan District Attorney Cyrus Vance's office will review the case on a preliminary basis and has met with representatives from the Innocence Project, a nonprofit legal organization dedicated to exonerating the wrongfully convicted.

“District Attorney Vance has met with representatives from the Innocence Project and associated counsel regarding this matter. He has determined that the district attorney’s office will begin a preliminary review of the matter, which will inform the office regarding what further investigative steps may be undertaken. District Attorney Vance has assigned Senior Trial Counsel Peter Casolaro and Conviction Integrity Deputy Chief Charles King to lead this preliminary review," Danny Frost, the office's director of communications, told Oxygen.com in a statement.

Casolaro played a central role in overturning the convictions of the Central Park Five, the Times noted.

"Who Killed Malcolm X?" is now available to stream on Netflix.

Teen Banned From Getting 'Malcom X' On Senior Sweater

How Did Jimmy Hoffa React When JFK Was Shot?