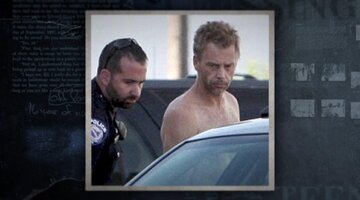 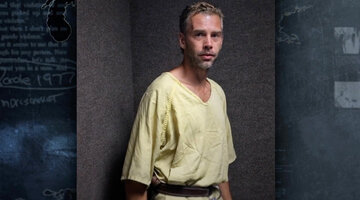 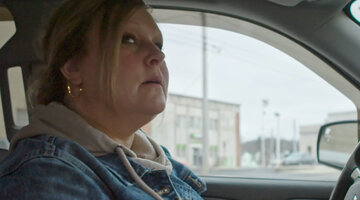 2:40
Preview
Shawn Grate’s Sister Carries the Weight of His Murders

On September 13, 2016, Ashland County, Ohio emergency personnel rushed to a house in response to a 911 call made by a woman who reported she had been abducted three days earlier.

Jane Doe, a pseudonym used to protect her privacy, made the call while her captor slept, PEOPLE reported in 2016. She told the dispatcher that her captor was armed with a taser. His name was Shawn Grate.

Grate was thus arrested and questioned by Det. Kim Mager, of the Ashland Police Department, according to “Living with a Serial Killer,” airing Saturdays at 9/8c on Oxygen.

Grate’s deadly confession from that interrogation would leave both authorities and the local community reeling: He informed Mager that two dead women were in the house where he’d been apprehended.

Police found two decomposing bodies, one in a closet and the other in the basement, just as Grate described.

The victims were identified as 29-year-old Elizabeth Griffith, who was said to have mental health issues and went missing a month earlier, and 43-year-old Stacey Stanley, who was down on her luck at the time of her abduction.

“He preyed on women, vulnerable women,” said former prosecutor Beth Karas. “He would kidnap them and then sexually abuse them and torture them, not just for hours but sometimes for days before killing them.”

He’d made it look like he was going to help Stanley with her flat tire. Instead, he abducted and assaulted her.

“He made videos of himself raping Stacey Stanley,” journalist Mark Caudill, of the Mansfield News Journal, told producers. “That was very disturbing.”

Mager had Grate act out what he did to his victims, videotaped demonstrations that made powerful evidence.

Barbara A. Charter, Grate’s half-sister, had learned of her brother’s arrest on the news. She tried to wrap her head around what drove him to kill, she told producers. Difficult memories came flooding back. She recalled her parents’ divorce and growing up with a single mother who left her to take care of her siblings. Shawn had learning disabilities and started fires as a child. The one area where he excelled was baseball, but an injury when he was 17 permanently sidelined him from the sport.

Charter called the events “a huge turnaround” for him. Grate got into drugs and started running with the wrong crowd, according to “Living with a Serial Killer.” He became a drifter, rudderless and unwilling to take care of himself, said his sister.

In its account of Grate’s story, the Washington Post reported that he was “briefly married and fathered a daughter.” His wife filed for divorce in 2012, less than a year after they wed.

Over the course of Mager’s interview with Grate, he confessed to another murder. He said he choked 29-year-old Candice Cunningham to death, a woman who he’d dated for a while. He took authorities to the wooded area about 12 miles from Ashland where he dumped her body.

He described carrying her body up a hill in a taped interview: “It seems like after she died she was a lot heavier,” he is heard saying.

When Charter learned about the third victim, she called her mother, Theresa McFarland, who didn’t answer her phone. McFarland later left a message, which said, “Lose my number and don’t ever call me again,” according to Charter.

In the interrogation room, Grate also confessed to murdering 31-year-old Rebekah Leicy, who had issues with drugs and was reported missing in February 2015. Her dependencies made Leicy easy prey.

“He would target women with low self-esteem,” said Charter.

Three months after Leicy vanished, her body was found eight miles from Ashland by an employee of a natural gas company.

“The body was pretty well preserved, but some animals had gotten to [it],” said David Scheurer, a detective with the Mansfield Police Department. DNA, dental records, and tattoos were used to identify her.

Grate claimed that he had agreed to pay Leicy for sex in an abandoned building but a fought broke out when he learned she’d tried to rip him off, said Fil Waters, a retired homicide detective.

“She kept fighting and trying to leave,” he said in the taped interview. “I was trying to hold her there and ... Boom. Put her to sleep.” He made sure she was dead by strangling her.

Charter later visited the place the woods where Leicy’s body was found. Knowing that a young woman’s life ended so violently and that her brother had caused it was overwhelming for her.

“It’s sad,” Charter said. “I don’t know anything about Rebekah, but I do know that she was somebody’s daughter.”

While being questioned by Mager, Grate also admitted to murdering 23-year-old Dana Lowrey, who’d gone missing in Marion County in 2005.

Decomposed human remains had been found in March 2007, less than a mile from Grate’s family home.

Grate had met Lowrey when she was selling magazines. A subscription she supposedly sold to Grate’s mother never arrived, according to “Living with a Serial Killer.” McFarland complained about it.

“That was enough for Shawn Grate,” Karas said.

He confessed to abducting and killing her, saying he dumped the body, removed all the personal belongings, and burned it. He watched the news for a year waiting for something to happen, according to retired Marion County Sheriff Tim Bailey.

Grate was charged with multiple murders and the abduction of Jane Doe, whose testimony in the case was invaluable.

Grate pleaded guilty to 15 of the charges, including robbery and kidnapping, but left the remaining eight counts up to the jury, nbcnews.com reported in 2018.

Grate was found guilty on all counts. At his sentencing, family members of the victims gave impact statements, including Stacey Stanley’s son Curtis.

“I’ve been waiting a long time to see you, man,” he said, looking at Grate in the taped proceedings. “That was a great woman you killed. She meant a lot to me and my brother.”

Charter was also at Grate’s sentencing hearing, “just to let him know he wasn’t alone.”

Grate was sentenced to death and is on death row.

Charter said her brother “is where he belongs.”

To learn more about the case, including what Grate said to the courtroom on the final day of his trial, watch  “Living with a Serial Killer,” airing Saturdays at 9/8c on Oxygen or stream episodes here.