Sign Up for Free to View
‘This Has Happened Before:’ The History of Anti-Asian Racism In America 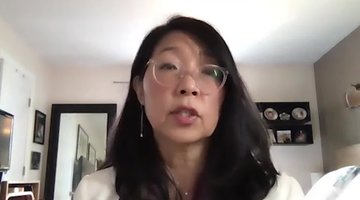 2:56
Digital Original
What Is Legally Considered A Hate Crime? 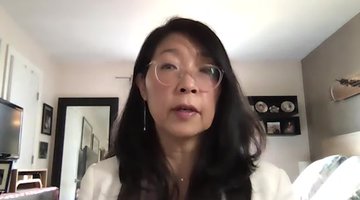 Now Playing
2:35
Digital Original
‘This Has Happened Before:’ The History of Anti-Asian Racism In America 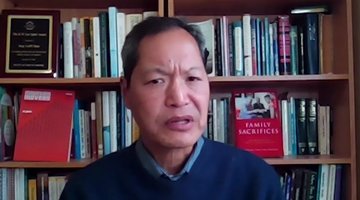 A California man allegedly attacked an Asian American father in April while he was pushing his 1-year-old son in a baby stroller, police said.

Sidney Hammond, 26, was arrested for the seemingly unprovoked attack that unfolded at a Mission Bay grocery store on April 30, according to the San Francisco Police Department.

"My sense of security has been shattered," the man, who identified only as “Bruce,” told KGO following the attack.

The 36-year-old father recalled the moments he was pummeled near the store entrance by Hammond.

"I was right on the ground and in that exact second I was trying to shield my head and prevent any worse injuries," he said. "I couldn't protect my child. I was on the floor and he was in a stroller that was slowly rolling away, so it's definitely very scary as a parent."

The man didn’t directly specify if he thought the attack was racially motivated. Hammond's assault charges stemming from the incident are not referred to as having had "hate crime enhancement," a spokesperson for the San Francisco Police Department said.

"Hammond punched the victim, which caused him to fall to the ground," the city's police department said in a statement sent to Oxygen.com. "Hammond then got on top of the victim and continued to punch him. It was then that officers pulled Hammond off the victim. The attack appeared to be random, and no words were exchanged during the incident."

A day earlier, Hammond allegedly attacked a different 61-year-old Asian American man while he was walking in the city’s Tenderloin district, San Francisco police said. That alleged assault occurred around 1 p.m. in the 400 block of O’Farrell Street.

The Pleasanton man lost his balance and collapsed. He required medical treatment for visible injuries to his face and head. The 61-year-old also said he had pain around his rib cage. Hammond fled the scene, authorities said. Surveillance footage also confirmed the incident to authorities.

“Officers canvassed the area for the suspect, witnesses, and surveillance video,” San Francisco Police said in a statement. “They located video that showed the suspect sprint toward the victim and punch him in the head. After the assault, the suspect fled the scene, walking eastbound on O’Farrell Street.”

Hammond was arrested following the Mission Bay attack. On May 6, while in custody, he was booked on additional aggravated assault with force charges related to the April 29 incident.

On March 28, Hammond is alleged to have threatened and attacked a clerk at the same grocery store, according to law enforcement.

It’s unclear if any of the attacks are actively being investigated as possible hate crimes. Investigation into the cases is ongoing, authorities said last week. They declined to comment further on the case on Monday.

Hammond is also facing additional assault charges, robbery, and child endangerment charges, according to online jail records obtained by Oxygen.com. He remains in custody at a San Francisco county jail. He has a preliminary hearing scheduled for May 27, according to People.

Hate crimes targeting Asian residents have risen in a number of cities around the U.S. in the wake of the COVID-19 pandemic.

On May 4, two Asian women were stabbed at a San Francisco bus stop. One victim was 84 years old, authorities said. Patrick Thompson, 54, was later taken into police custody on two counts of attempted murder in connection with the knife attack. Police are investigating whether the attack was a possible hate crime.

The frequency of such incidents has alarmed nearby residents and business owners.

"The city needs to demonstrate that we are safe and clean and fun to be in again,” Vas Kirinis, director of the Fillmore Merchants Association. “Safety is of the utmost importance for us running out businesses so we really need to address this."

Anybody with information related to these incidents is urged to contact the San Francisco Police Department’s 24-hour tip line at 1-415-575-4444.

Calling All True Crime Fans
Oxygen Insider is your all-access pass to never-before-seen content, free digital evidence kits, and much more!
Sign Up for Free
All Posts About
Asian America
Breaking News
Related

Two Asian Woman Attacked With A Brick In Baltimore