Sign Up for Free to View
Is Gary Heidnik Anything Like Silence Of the Lambs Buffalo Bill? 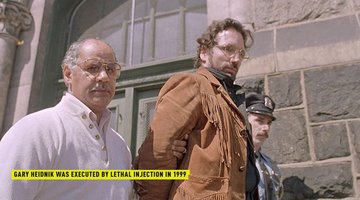 Now Playing
3:33
Digital Original
Is Gary Heidnik Anything Like Silence Of the Lambs Buffalo Bill? 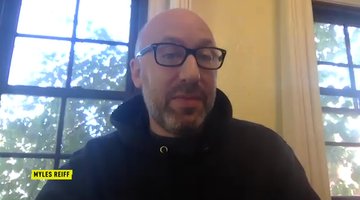 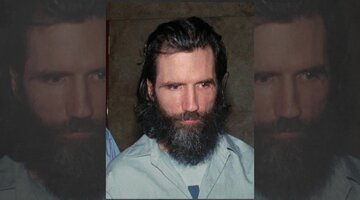 One of the new owners of the Pennsylvania house used in the Oscar-winning film “The Silence of the Lambs,” plans to turn the location into a tourist destination and even a hotel.

The iconic 1991 film tells the story of budding FBI agent Clarice Starling (played by Jodie Foster) as she hunts for sadistic serial killer Jame "Buffalo Bill" Gumb (Ted Levine), using help from Dr. Hannibal Lecter (Anthony Hopkins), an imprisoned cannibal killer whose knowledge of psychology is as incisive as his own crimes are disturbing. The decidedly unromantic film will mark its 30th anniversary on Valentine’s Day.

The Perryopolis, Pennsylvania house, which was used to portray "Buffalo Bill's" house of horrors, became one the most striking sets in the film, featuring a creepy basement in which the killer kept his terrified victims in a well before killing and skinning them.

Now the four-bedroom Queen Anne Victorian home has some real-life owners, including Chris Rowan, who plans to recreate that well as he morphs the house into a boutique hotel and “cinematic destination,” according to a press release.

“I know film aficionados will also jump at the chance to stay in the house where the audience first meets Buffalo Bill up close,” he said in the release.

The house still contains many of the features that were included in the 1991 movie, from wood trimmings to the vintage wallpaper. Photos used to advertise the home feature posters of the movie — which won Oscars for best picture, director, actor, actress, and adapted screenplay and was selected for preservation in the National Film Registry in 2011.

Rowan plans to capitalize on the house’s place in film history by turning it into a tourist destination for horror junkies.

“Rowan’s future plans for the house include recreating the set of the well with an actual physical well for photo opps, as well as Buffalo Bill’s workshop, complete with a sewing station and dressing mannequins, among other identifiable props from the film,” the press release states.

The house is scheduled to open to the public sometime in 2021. A website is already set up, complete with a moth logo and the name: "Precious Moments at Buffalo Bill's."

Furthermore, Rowan has created a contest in which fans can enter for a chance to win a free overnight stay for two at the house. “Lotion included,” the press release teased in connection with the contest, playing off one of the film's most disturbing elements  — "Buffalo Bill" forcing his victims to moisturize their skin to prep it for his skinning process.

Check their social media for details. Winners will be chosen later this month.

“The Silence of the Lambs” fans have something else to look forward to as well. “Clarice,” a new CBS series that follows the intense adventures of Starling immediately following her meeting with "Buffalo Bill," debuts on Feb. 11.

Learn About The Killer Who Helped Inspire 'Silence Of The Lambs'

Meanwhile, fans can watch Oxygen's own "Monster Preacher" to learn more about self-proclaimed pastor Gary Heidnik, who kidnapped, tortured, and raped six women whom he held captive in the basement of his Philadelphia home. The case has been cited as one of the inspirations for "The Silence of the Lambs."

Calling All True Crime Fans
Oxygen Insider is your all-access pass to never-before-seen content, free digital evidence kits, and much more!
Sign Up for Free
All Posts About
Crime TV
Breaking News
Related

'Silence of the Lambs' House Has New Owner

Did ‘Monster Preacher’ Inspire ‘Silence Of The Lambs’ Character?