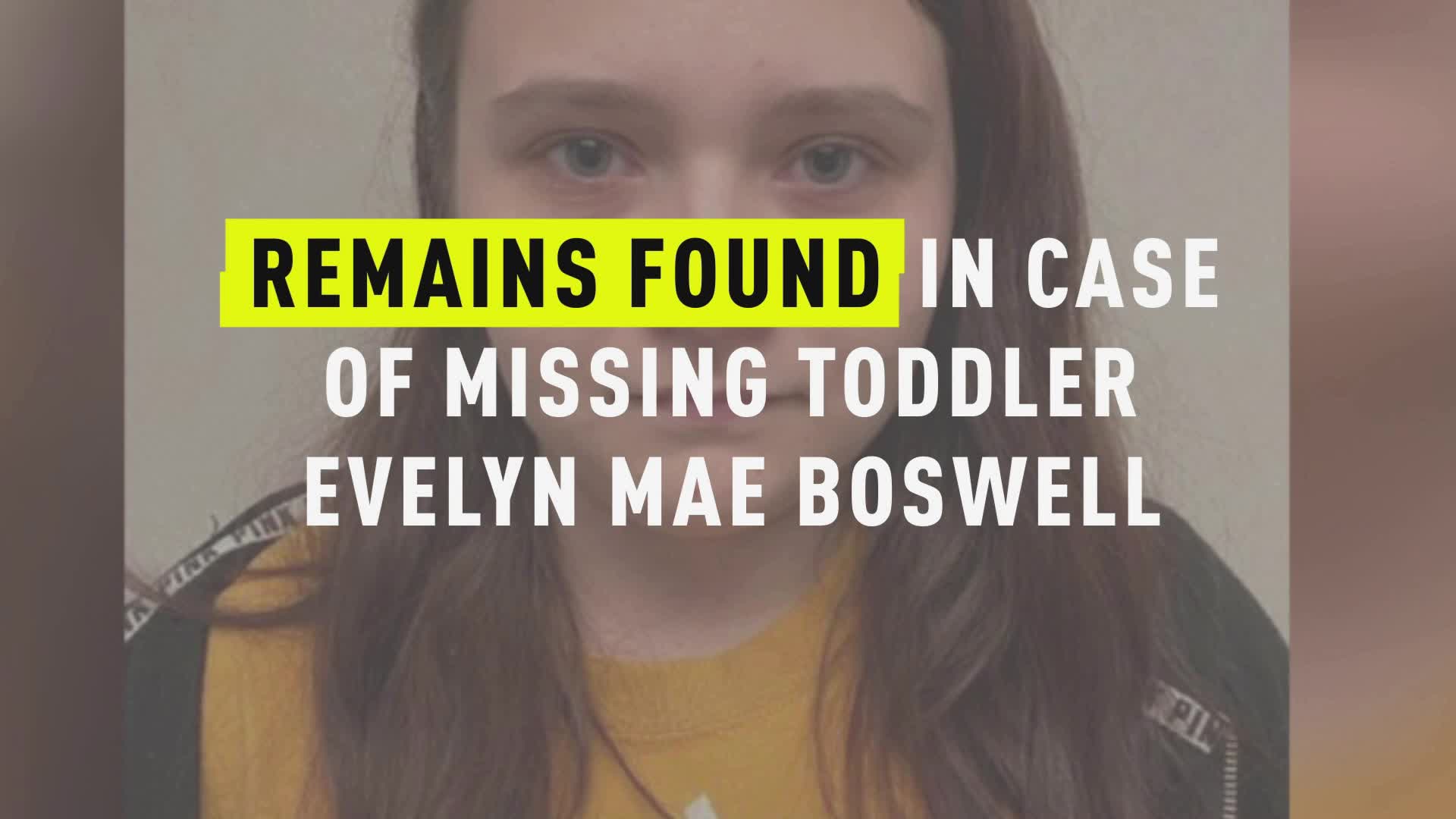 The search for missing 15-month-old Evelyn Mae Boswell has ended in tragedy as authorities in Tennessee confirmed that the remains discovered Friday belong to the young toddler.

“As we feared, the remains have been positively identified and are, in fact, those of the 15-month-old girl,” Leslie Earheart, a public information officer with the Tennessee Bureau of Investigation said in a video statement. “We understand that Evelyn captured your hearts, she captured ours as well, but due to the fact that this is an ongoing investigation we’re limited to what details can be released.”

“We understand the public wants to know what happened to baby Evelyn,” Sullivan County Sheriff Jeff Cassidy said in the video announcing the confirmation. “Please understand that these types of cases are highly sensitive. Certain aspects of the case can’t be released to protect the integrity of the case; however, I assure you, certain and swift justice will be administered to anybody involved in baby Evelyn’s death.”

“I thought it was necessary because of the publicity this case has engendered, and because it’s still under investigation,” he said.

Evelyn was last seen alive in mid-December but wasn’t reported missing until February after a relative was concerned about the toddler’s whereabouts, WCYB reports.

No charges have been filed in connection with the toddler’s death; however, several of Evelyn’s family members are behind bars on charges stemming from the investigation.

Megan “Maggie” Boswell, the girl's mother, was arrested on Feb. 25 on charges of false reporting after investigators said she had provided “conflicting and inaccurate” information about where her daughter Evelyn was.

“Every time we talk to her, her story changes,” Cassidy said after the arrest according to People.

Evelyn’s grandmother, Angela Boswell, and William McCloud have also been arrested on charges of possession of stolen property after they were stopped in North Carolina driving a 2007 BMW that had previously been described as a vehicle of interest in the case.

At the time they were arrested, authorities believed the two had “information regarding Evelyn’s whereabouts,” according to the TBI.

Shortly after authorities confirmed that the remains belonged to Evelyn, Tommy Boswell Sr., Evelyn’s grandfather, issued a statement on behalf of the family.

“The immediate Boswell family (excluding Angela Jones Boswell) of Evelyn are in anguish and grief over their loss. It has been a very rough and trying time for everyone. At this time they do not want to speak publicly in regards to the tragedy,” the statement said according to WJHL.

Tommy went on to say the family wants “justice” and for “whoever is responsible to pay for the crime.”