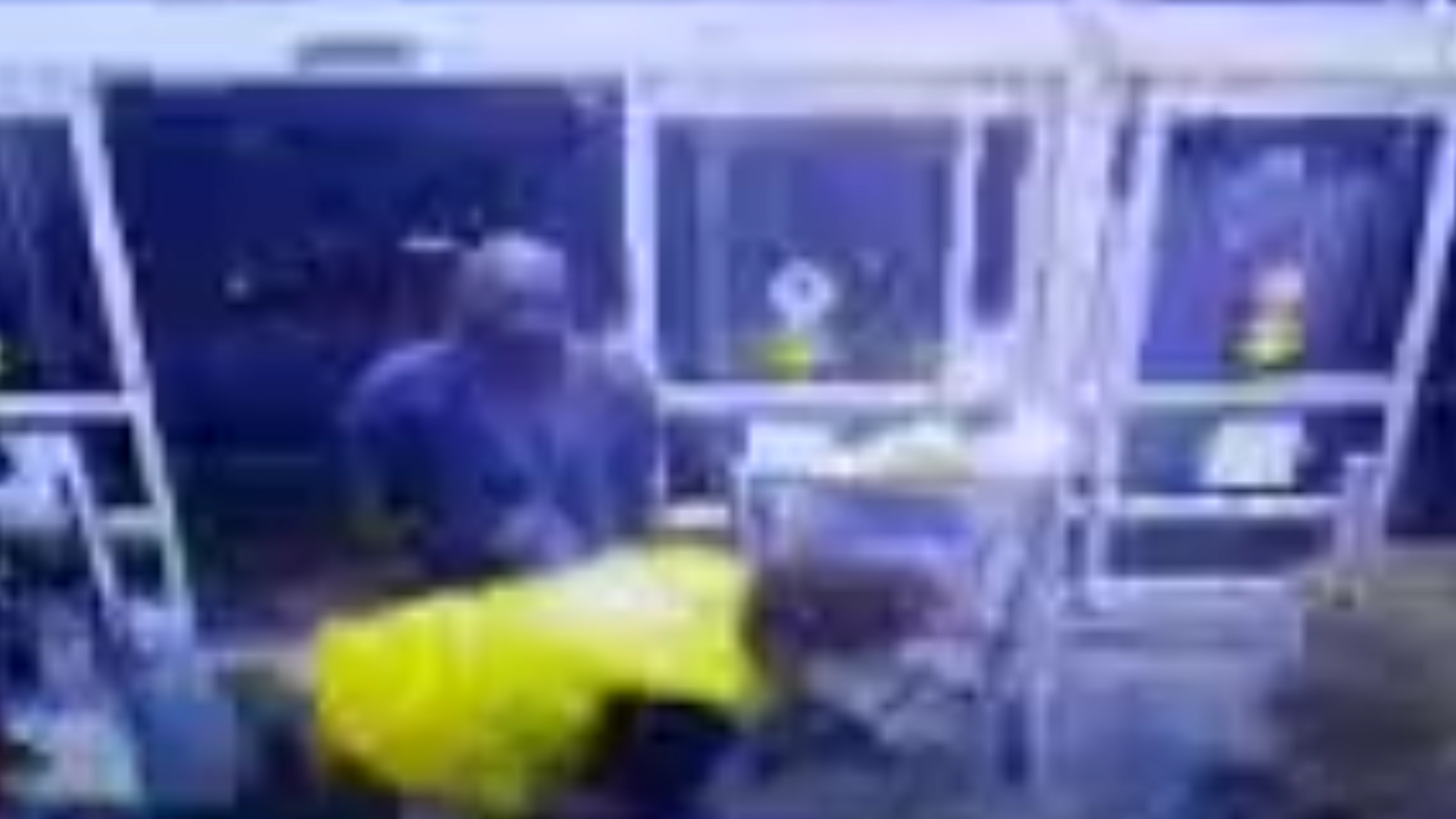 A 72-year-old Walmart greeter was punched in the face and knocked unconscious by an enraged customer after the employee had asked to see the man’s receipt.

Craig Valentine, 42, is facing charges of injury to the elderly after video footage from the store’s surveillance system, and obtained by Oxygen.com shows a man, who authorities later identified as Valentine, punching the greeter in the face then calmly walking out of the store with his shopping cart.

The greeter, Mohinder Randhawa told local station KTRK that shortly before the punch was delivered he had been checking Valentine’s receipt and noticed a case of Gatorade had not been paid for.

“I told him if you want, you can scan and take it,” he said, adding that he never accused the man of trying to steal the item.

However, Valentine allegedly became upset and punched Randhawa so hard that he blacked out.

“My left upper lip was broken from here, blood started out, and inside also there was a cut about a half an inch,” Randhawa later said.

He said he was attacked for simply trying to do his job.

Deputies from the Harris County Constable, Precinct 4, were called to the Cypress Walmart on June 14, to investigate the reported assault on the Walmart employee, according to a statement from deputies.

“Once he confronted him, the suspect struck him in the face with a closed fist, causing him to fall to the ground,” the release said. “The suspect then fled the scene.”

However, three days later, Valentine reportedly called representatives from Walmart and allegedly admitted the assault, deputies said. He was later taken into custody and held on a $1,000 bond.

Randhawa said he continues to be traumatized by the attack and has been unable to watch the surveillance footage depicting the blow.

“Yes, I’m scared to work that position because it never happened to me,” he said.