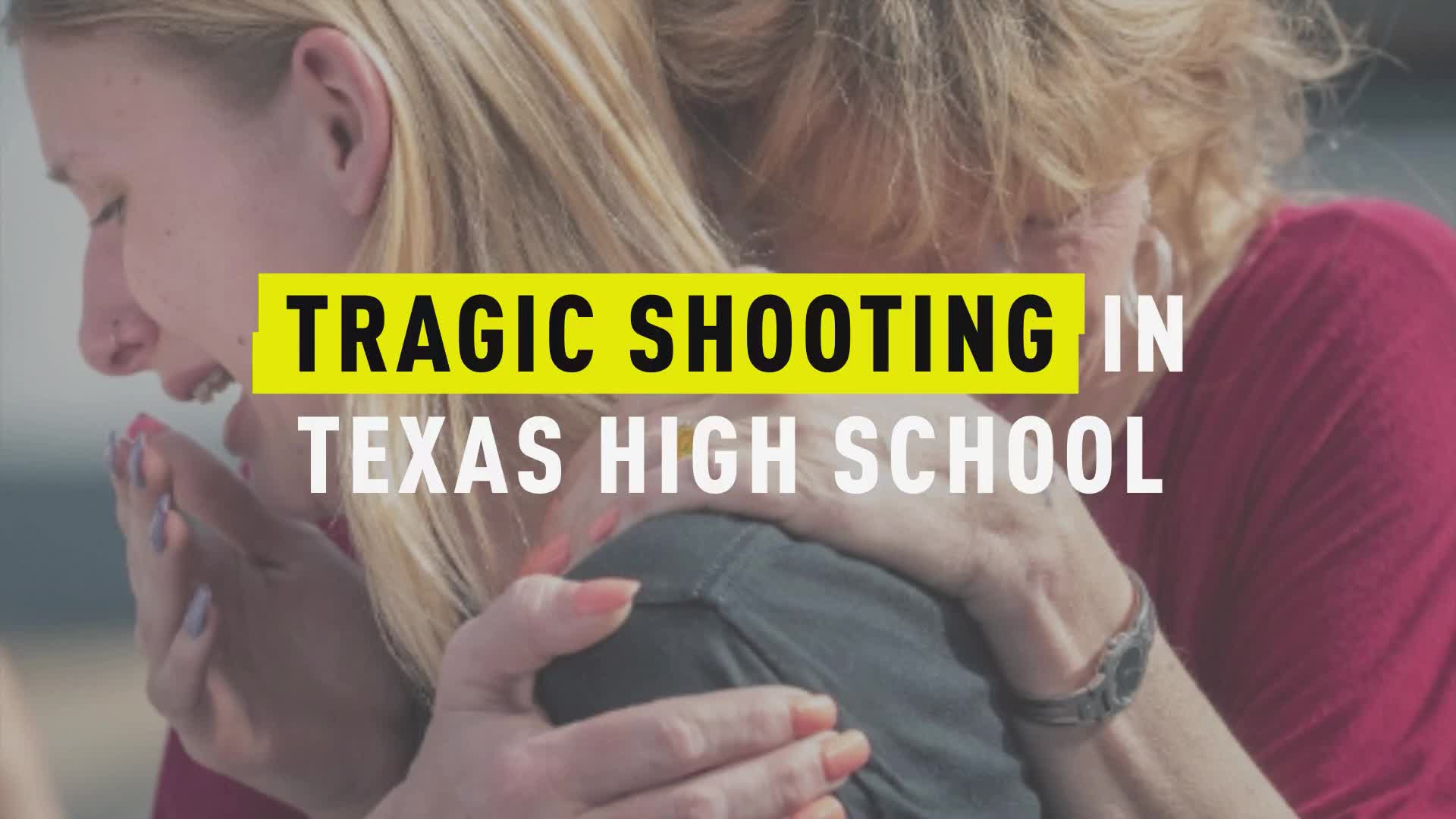 Shana Fisher "had 4 months of problems from this boy," the girl’s mother, Sadie Rodriguez, told the Los Angeles Times in a private message on Facebook. "He kept making advances on her and she repeatedly told him no."

Rodriguez further detailed the encounter between the alleged shooter and her daughter, saying he continued to pursue her until she eventually embarrassed him in class.

"A week later he opens fire on everyone he didn't like," she wrote. "Shana being the first one."

Fisher was one of eight students killed in the rampage, though police have not confirmed she was the first person Pagourtzis shot.

Pagourtzis' motive is unknown, but he made posts alluding to killing on Facebook, and survivors said he seemed to enjoy terrorizing his school.

"The gunman then comes back into their room and they hear him saying … are you dead? Then more shots are fired," wrote Van Ness, whose daughter Isabelle survived. "By this time, cell phones all over the classroom are ringing and he's taunting the kids in the closet asking them … do you think it's for you? do you want to come answer it? Then he proceeds to fire more bullets into the closet and tries to get in."

Isabelle had no choice but to conceal herself with her classmates’ bodies while she waited for police to arrive. The showed up about 10 minutes later, according to the LA Times. She heard an “exchange” with police with the shooter. She also heard the shooter reloading.

"She and her friends had been in the same room with the gunman the ENTIRE TIME," Van Ness wrote. "As the media announces the names of the confirmed dead, Isabelle falls apart. ... She had prayed that her friends lying around the school were just injured and the confirmation of their deaths was crushing."

Pagourtzis' family said in a statement they are "as shocked and confused as anyone else by these events that occurred."

"We are gratified by the public comments made by other Santa Fe High School students that show Dimitri as we know him: a smart, quiet, sweet boy. While we remain mostly in the dark about the specifics of yesterday's tragedy, what we have learned from media reports seems incompatible with the boy we love," the statement said.

There were alleged signs of Pagourtzis’ discontent. He posted violent images, including guns and slogans alluding to killing on t-shirts, according to the Los Angeles Times. He’s currently incarcerated without bond on capital murder and aggravated assault charges.

Everything We Know About The Deadly School Shooting In Texas

Who Is Dimitrios Pagourtzis, The Suspected Shooter In Santa Fe?