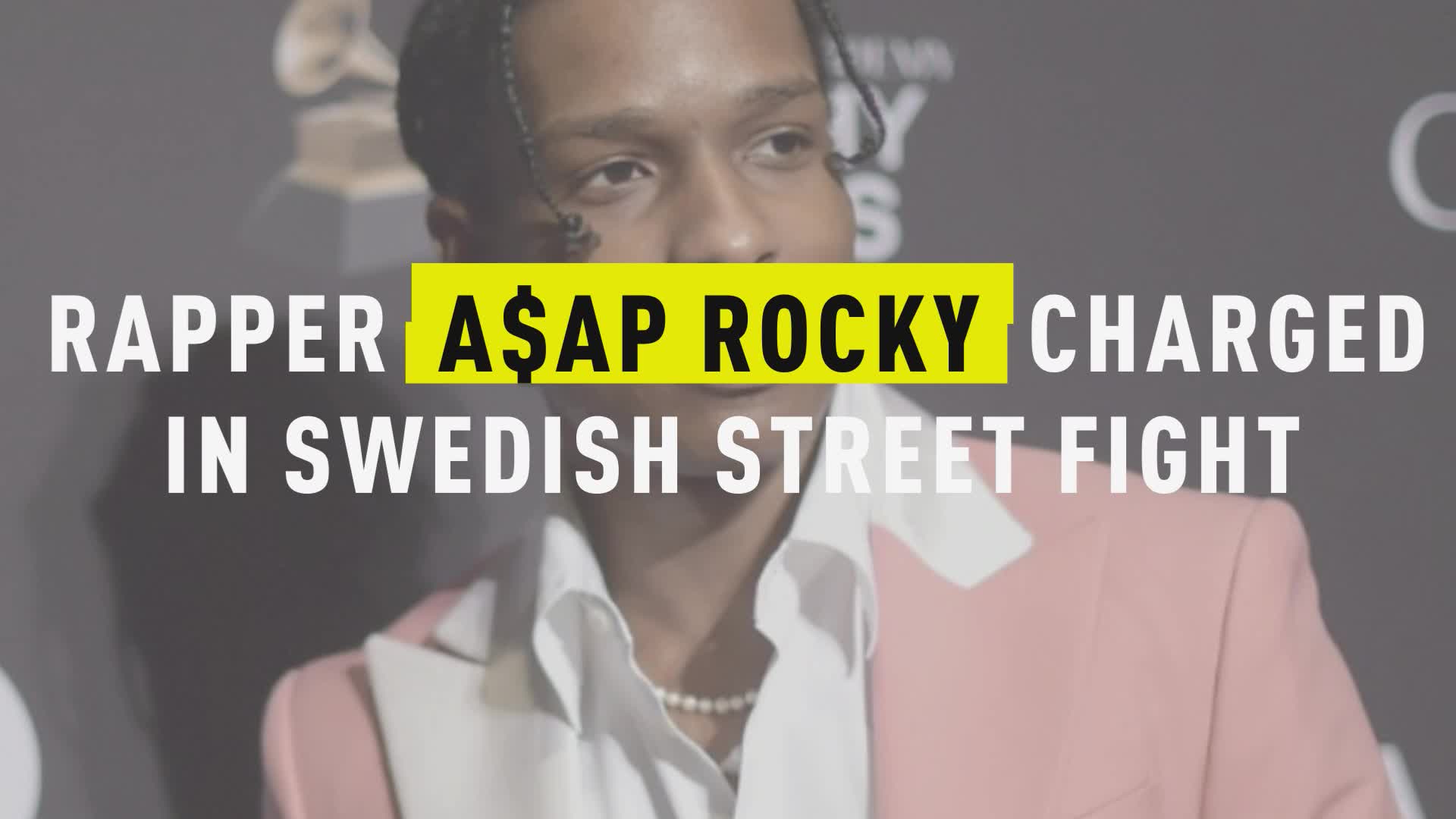 An A$AP Rocky fan was arrested last week after allegedly threatening to blow up the Swedish Embassy and causing a general disturbance, all in an effort to get “press” for the jailed American rapper.

The fan in question, who has been identified as Rebecca Kanter, is alleged to have first shown up at the House of Sweden in Washington, D.C., on Monday night, according to an affidavit. Authorities say that Kanter stayed outside of the building, but threw “liquid” from a glass soda bottle at the door and yelled, “I’m going to blow this motherf-cker up.” She left without being arrested, but the incident was enough for the U.S. Secret Service to issue a “BOLO,” or a notice to law enforcement to "be on the lookout," for Kanter, according to the document.

Kanter allegedly returned to the embassy the following afternoon and went inside this time, authorities say. She was cleared by security and once inside, allegedly began screaming and using profanity at the employees there, as well as a group of students who were touring the building, according to authorities. Kanter then allegedly began destroying property, kicking a teepee that was on display and knocking over a coffee table. When employees asked her to leave, she allegedly refused and instead sat down on the floor and instructed them to call the police. Secret Service agents responded to the scene and confronted Kanter, who allegedly made statements about A$AP Rocky during her tirade that day, and placed her under arrest.

Kanter, who has since been released on bond, has been charged with willfully injuring and damaging property of a foreign government and refusing to depart a foreign embassy, according to NBC Washington. She is scheduled to appear in court on July 31 for a preliminary hearing, but has been barred from returning to the House of Sweden in the meantime, the outlet reports.

Kanter seems to have been motivated by a desire to get “press” for A$AP Rocky, authorities say, citing in the affidavit one social media which reportedly reads, “why isn’t it breaking news that I defiled the House of Sweden last night, that I vandalized the Wold Bank, that I vandalized the IMF ... why aren't I getting press for ASAP.”

A$AP Rocky has been jailed in Sweden since his arrest for suspected gross assault earlier this month. The 30-year-old rapper, born Rakim Mayers, is alleged to have participated in a street fight in Stockholm involving members of his entourage and two strangers they encountered on the street.

Despite his claims of self-defense — and President Donald Trump’s involvement — Swedish authorities formally charged A$AP Rocky, as well as two others who were with him, with assault last week, and will continue to hold all three in custody until the trial begins on Tuesday.

Prosecutors claimed Friday that A$AP Rocky and his companions “deliberately, together in agreement” assaulted the alleged victim, Mustafa Jafari, leaving him with cuts and bruises, according to Page Six.

Jafari’s lawyer, Magnus Stromberg, denied that his client started the fight, contrary to what A$AP Rocky claimed in a series of Instagram posts before his arrest. Stromberg contends that one of the rapper’s bodyguards “grabbed [Jafari] by the neck and dragged him away.”

“There was no reason, none whatsoever, for the use of such violence,” Stromberg said.