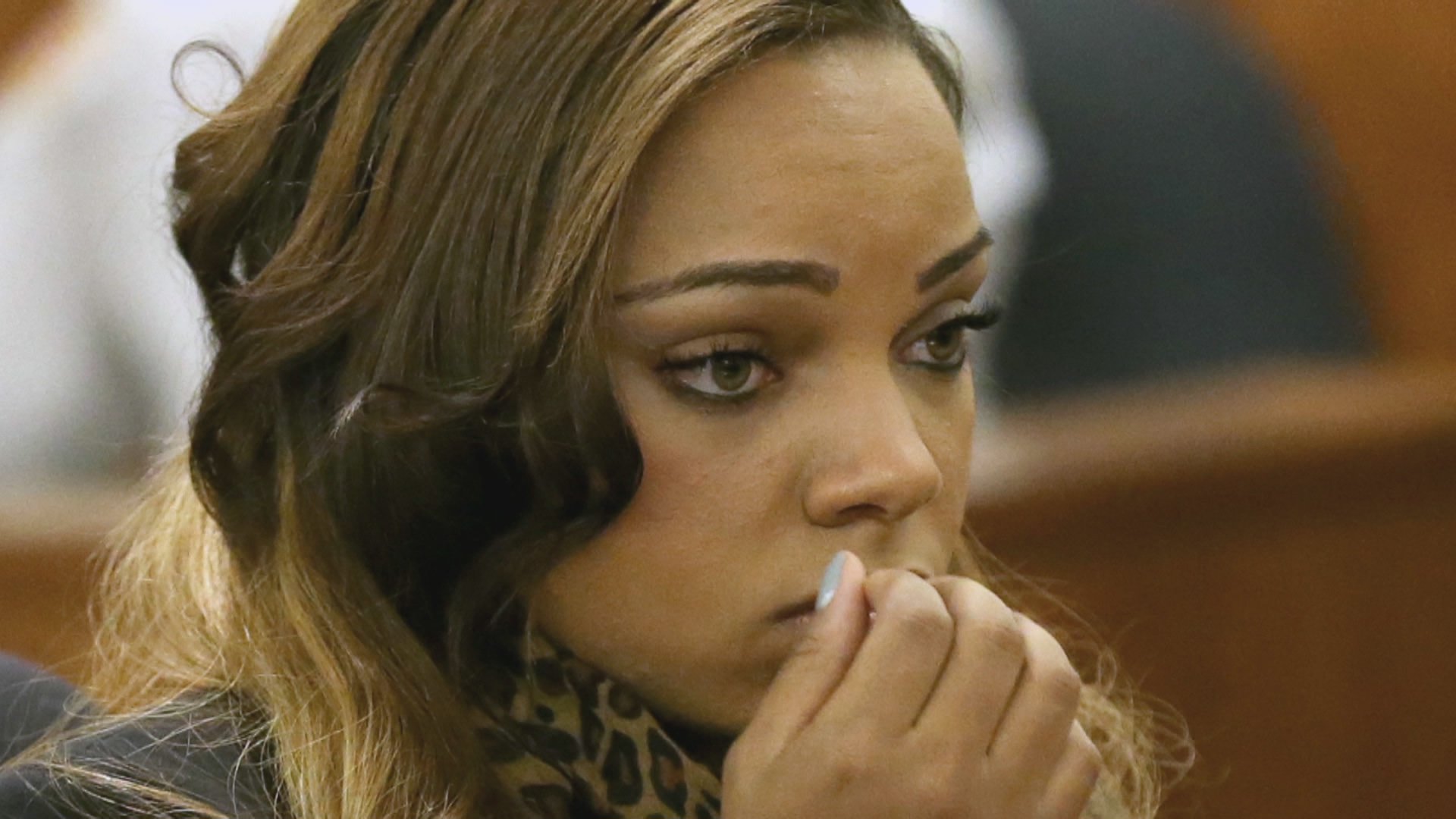 It's baby #2 for Shayanna Jenkins.

The former fiancée of Aaron Hernandez announced on Instagram Tuesday she was expecting a baby girl.

In the post, she said she's gotten speculation about her condition, but she wanted to "take time and process and post when I was ready to."

"I wanted to have a moment for myself alone with my daughter ... we are beyond excited about the new addition and chapter we will soon begin . I couldn’t be a luckier woman to have such a perfect little girl that’s prepared to become the best big sister , and even more blessed to welcome another babygirl to our home . BabyG we are very excited to meet you !!!," she wrote.

Hernandez and Jenkins had a daughter together named Avielle Janelle Jenkins-Hernandez in 2012.

Jenkins has not publicly said who the father is.

Hernandez, who committed suicide on April 19, 2017, was rumored to be gay, but called Jenkins his "soulmate."

In “Aaron Hernandez Uncovered,” Jenkins spoke about how she reacted when she found out.

“Jose [Hernadez's lawyer] speaking to me about Aaron’s sexuality was very hard because I was confused. I still kind of am,” Jenkins said. “When you feel like you’ve kind of had it all with that one individual, it’s just something that took years to build, and now it’s completely breaking down. But I would not want him to go through anything by himself. I was the only thing that he had. Hurt or not — and I was hurt — I had to fight through it.”

In an apparent suicide note to Jenkins, Hernandez called Jenkins an angel, according to Oxygen.com.

"Tell my story fully," he wrote. "But never think anything besides how much I love you."