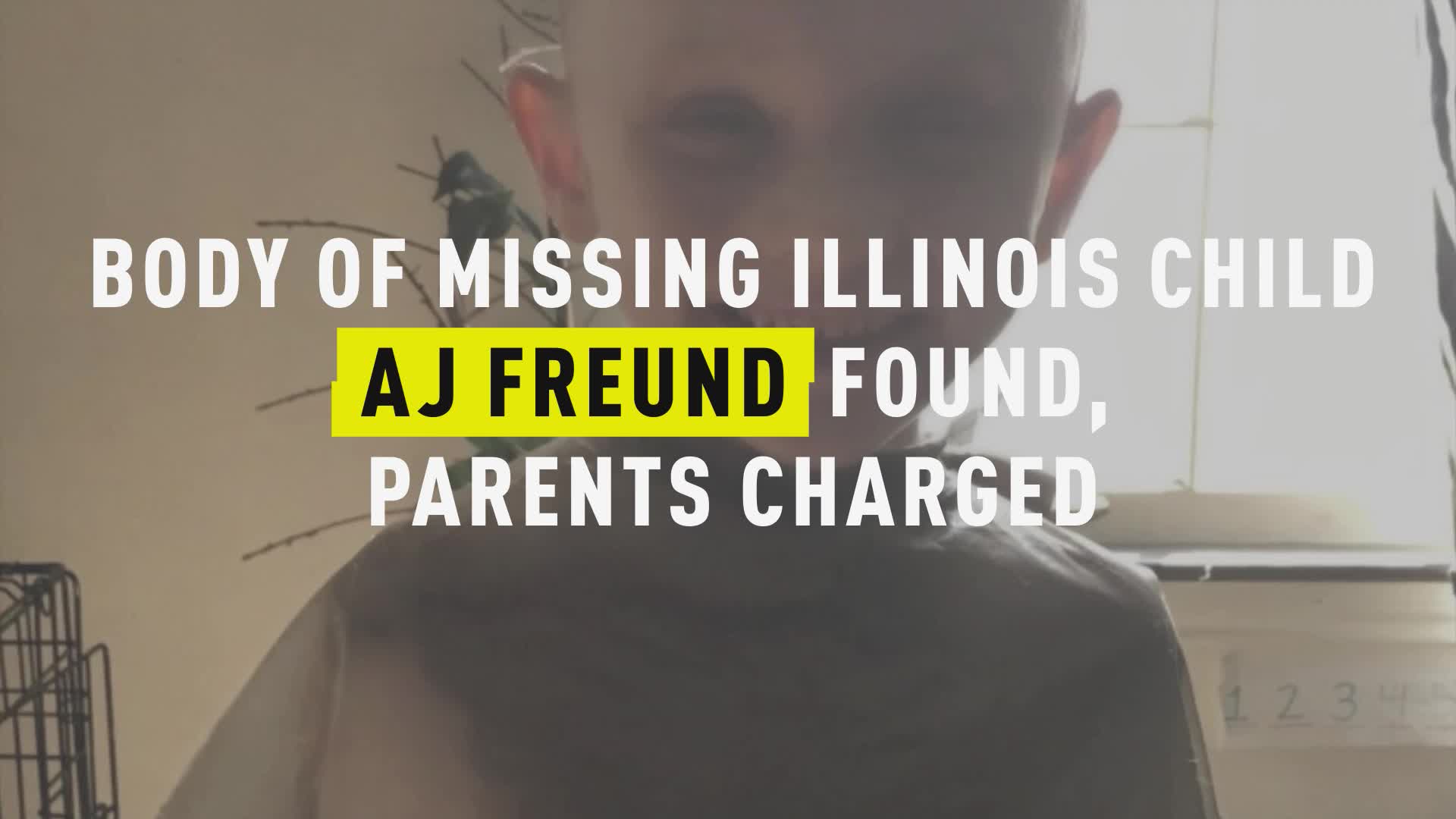 Prosecutors are releasing new details into the brutal final moments of 5-year-old Andrew “AJ” Freund’s short life, saying the boy was forced into a cold shower for an extended period of time and severely beaten, causing his death.

AJ’s parents, JoAnn Cunningham, 36,  and Andrew Freund Sr., 60, appeared in court for the first time Thursday after being charged with five counts of first-degree murder among a series of other charges after investigators discovered the young boy’s body Wednesday buried in a shallow grave in a remote area of Woodstock, Illinois, according to the Northwest Herald.

Prosecutors outlined details of the allegations against the pair during the bond hearing held for each Thursday morning.

Cunningham, who is 7 months pregnant, appeared in orange prison uniform and was seen wiping her eyes after the charges against her were read, The Chicago Tribune reports. Freund Sr. appeared to show no emotion.

Prosecutors allege the boy was forced to sit in a cold shower before he was beaten all over his body until he died, WBBM-TV reports. It isn’t clear what role each parent is accused of playing in the boy’s death.

Judge Mark Gerhardt ordered both be held on $5 million bond.

AJ was first reported missing last week after his father called 911 to report the boy had disappeared. He claimed to have last seen the child on the night of April 17 around 9:30 p.m. when he said his son went to bed and claimed that when he went to go wake the boy up the next morning he was gone.

“We know you are at peace playing in heaven’s playground and are happy you no longer have to suffer,” he said.

The young boy’s tragic end comes after a series of police visits to the home and involvement from the Illinois Department of Children and Family Services. Crystal Lake Police released more than 60 pages of documents detailing 17 different police calls to the home in the last five years, according to the Chicago Daily Herald.

During one of the visits an officer wrote that he found the home “not to be up to an acceptable standard of living with two young children living at the residence.” The reports also noted the home smelled of feces and urine.

Police were also called to check on the family after receiving a report that the family had been without power for weeks. They reported the incident to DCFS, however, the organization said “a residence without power does not warrant a DCFS investigation.”

Previously, DCFS had removed AJ from the home for a period of time after he was born with opiates in his system.

“It is my hope that you may have some solace to know that AJ is no longer suffering and his killers have been brought to justice,” he said.

Wife Of Cop In George Floyd Killing Files For Divorce