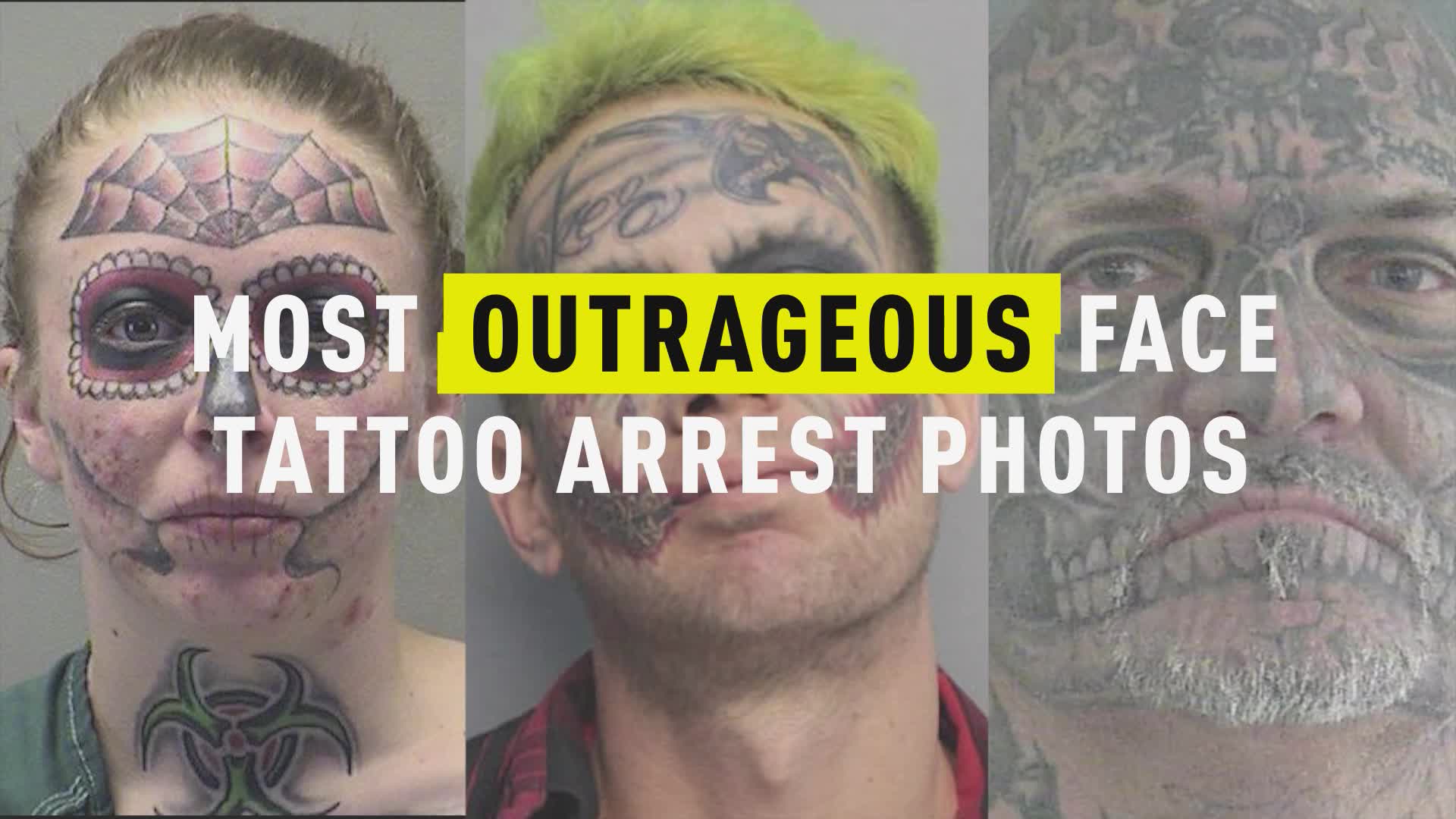 If there's a hall of fame for face tattoo mugshots, one Ohio woman may have just punched her ticket.

Alyssa Zebrasky, 28, has been arrested for the third time in five months, giving her another opportunity to show off her distinctively spooky tats.

Zebrasky was booked into jail in Montgomery County Tuesday for a charge originating across the state in Mahoning County. It's unclear what the exact charge is and Oxygen.com’s request for clarification wasn't immediately returned. However, she was arrested on drug and theft charges in Mahoning back in December.

Zebrasky, of Canfield, has been headlines over the past half year because of her ominous face tattoo: it resembles a Day of the Dead sugar skull. On her neck, a biohazard tattoo.

In November, she was arrested along with a 23-year-old man named Logan Daugherty for allegedly leading police on a car chase, according to WOIO in Cleveland. Daughtry allegedly claimed they fled the cops because they had to use the toilet. In that incident, Zebrasky allegedly approached the officers after the chase claiming to be armed with a knife. She was then arrested kicking and crying, according to Fox 8 Cleveland, on charges of reckless operation on a roadway, obstructing official business, and failure to comply for that incident.

Then, in December, she was arrested for drug and theft charges Mahoning County, Ohio for allegedly stealing a purse from a Walmart. A hypodermic needle, and a suboxone pill and methamphetamine were allegedly found inside her own purse, according to WSYX in Columbus.

As of Friday morning, Zebrasky is still jailed. It’s not clear if she has a lawyer who can speak on her behalf at this time.

Zebrasky is certainly giving Florida resident Lawrence Sullivan some competition in the mugshot game. He has a slew of "Joker"-themed face tattoos, including a “Glasgow smile,” inked to resemble scars made on both cheeks, a pair of upside-down crosses, a switchblade on his forehead and, in case the other tattoos didn’t drive home the point, a Batman logo above his left eye. Other tattoos not visible in the mug shot include brass knuckles, a pot leaf, the numbers “666” and “420,” and a likeness of Freddy Krueger, according to online jail records.