Episode 6 of "American Crime Story: Versace" picks up in California in 1996, a year before Andrew Cunanan's murder spree began. Cunanan found himself in some kind of luxury abode, wrapping presents from Tiffany's and toting bags from Saks Fifth Avenue. Some lines of cocaine are conspicuously apparent on a nearby table.

Cunanan obviously shacked up with some rich older man while "employed" as his "interior decorator." He wonders aloud to a friend, Lizzie, about a certain blonde paramour, obviously referring to David Madson. 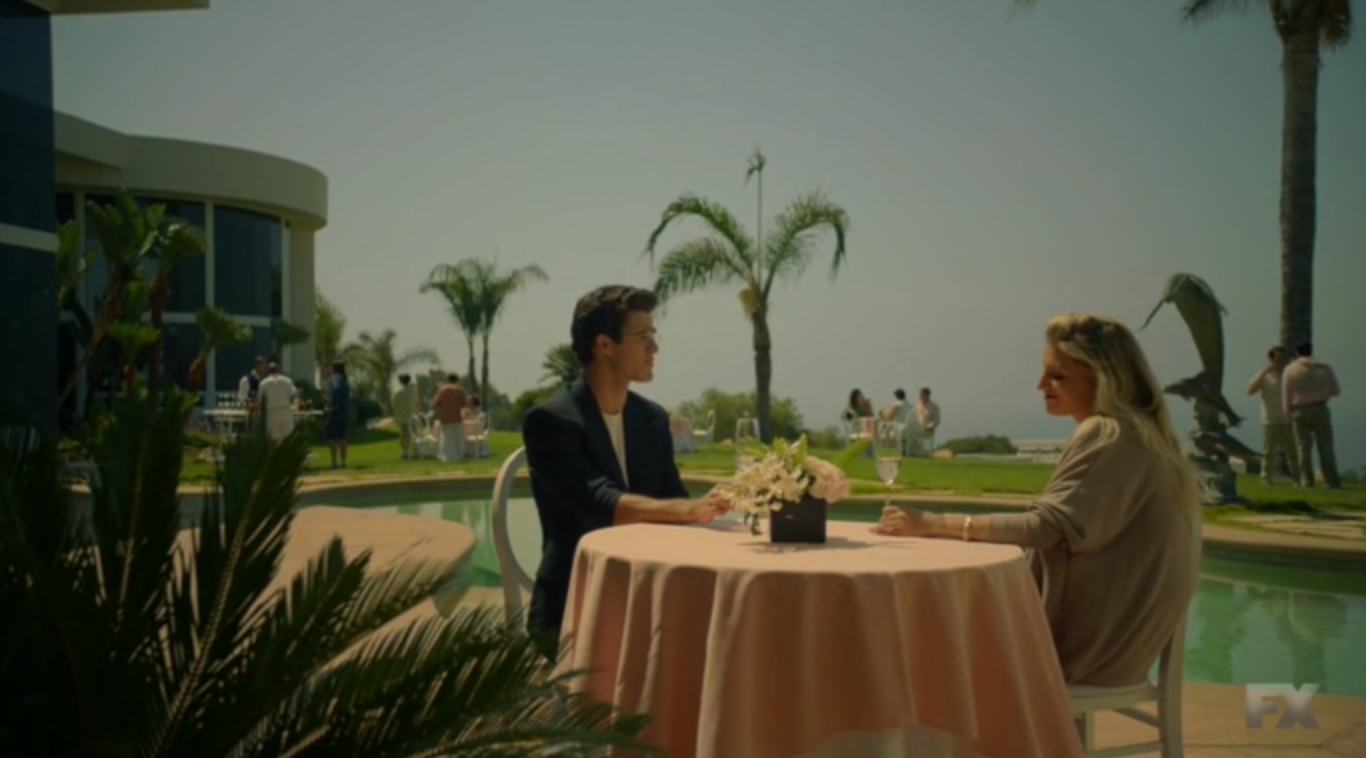 "Who are you trying to be?" asks Lizzie, unsure of what she's witnessing.

Moments later Trail arrives at the party. Cunanan gifts Trail some expensive clothes in the hopes of making him look more high class in front of his new crush. Cunanan instructs Trail to lie and say he's still in the Navy. Trail refuses.

When Madson arrives, Andrew finds himself caught in a series of lies about having previously worked for Versace.

Meanwhile, the friends of Cunanan's elderly patron show visible disdain for Cunanan, recognizing his gold-digging proclivities. Later, Lee Miglin approaches Cunanan to wish him a happy birthday. Cunanan pushes him aside and chastises him for addressing him in public.

Andrew and his future victims all pose for a picture together. 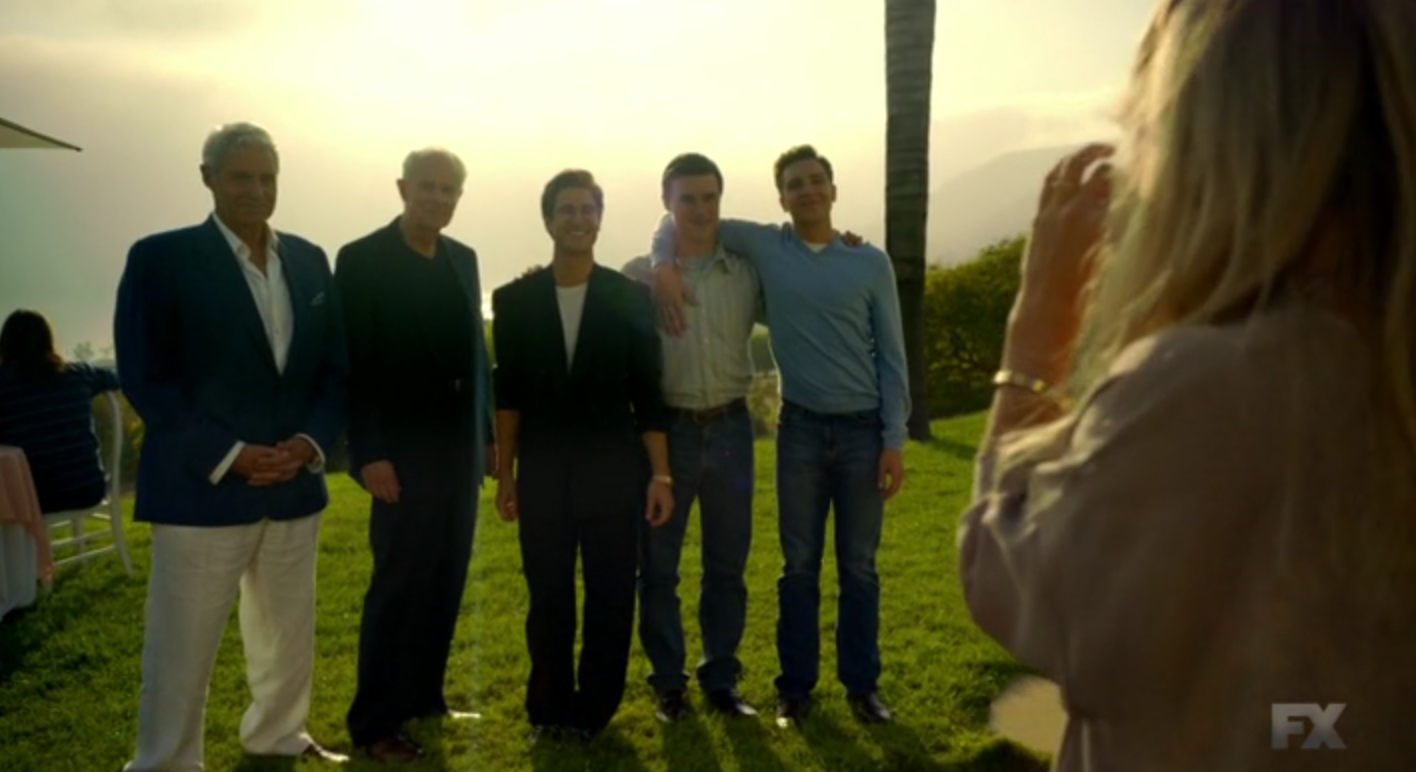 Later, Andrew's patron confronts Cunanan (who had apparently been going by the name Andrew De Silva) about his birthday wish list (first class flights, a new car, to become sole inheritor of his fortune) and and his past. Cunanan had claimed that he was disowned by his wealthy parents for being gay and had a PhD. A private investigator had apparently determined Cunanan's story about his own history to be completely fabricated. Nonetheless, Andrew's patron attempts to get Andrew back to school, desperate to make a more amenable arrangement despite the deception. Andrew refuses to negotiate. He wants everything. He leaves, telling the older man that he expects a call in the future.

Andrew takes up residence somewhere with decidedly less class. Meanwhile, Trail's father calls him to say he's received a bizarre postcard signed "Love, Drew." Trail assumes this is a tortuous blackmail attempt on the part of Cunanan. Trail confronts Cunanan and the argument turns physical before Trail admits he's taken a job in Minneapolis. Cunanan's paranoia perks up: he thinks Trail's going there to pursue a relationship with David Madson. The next day, Andrew calls up Madson and offers him a trip to Los Angeles, all expenses paid. Madson, confused, does not know how to feel.

Cut to Madson meeting Cunanan in a luxurious mansion. Andrew continues to seduce David by buying him luxury suits and promising him future success — together, as a couple.

"Andrew, I'm not the one," Madson tells Andrew over an obscenely lavish dinner.

"You are the only one I have ever really, truly loved," replies Andrew.

Madson attempts to console Andrew, but only exacerbates the situation.

"We had a great time in San Francisco, one great night. And maybe there was a chance but ... I get the feeling you don't have many great nights with people. Am I right? So when you do it feels huge. It feels life changing," says Madson.

Madson begs Andrew for the truth about his life. He spins another yarn about his wealthy parents, but Madson's face shows he doesn't believe a word about it.

"Your parents must have loved you very much," Madson says through clenched teeth.

Later at a gay bar, Andrew's on the hunt for a fix. He buys some crystal meth. In a drug-induced fantasy, he imagines Gianni Versace dressing him while bemoaning the selfishness of the world in the face of his unending generosity. The fantasy turns persecutory, with Cunanan imagining Versace as a kind of antagonist. 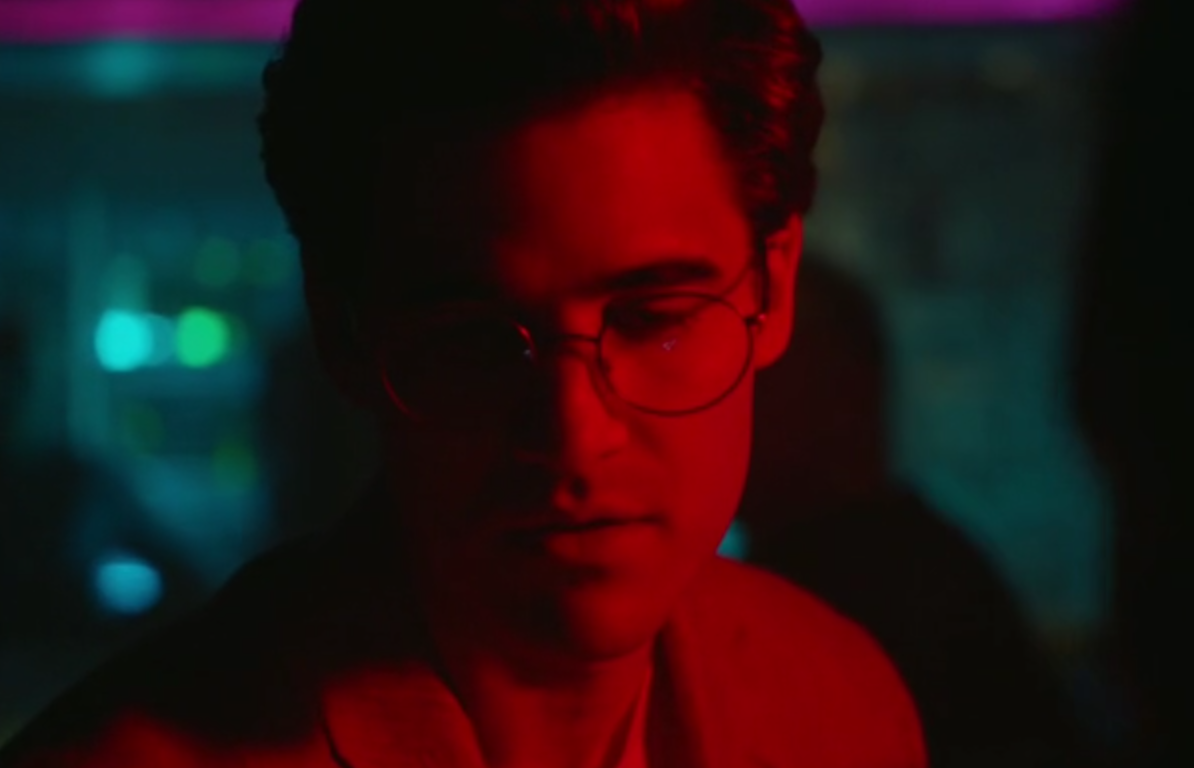 "We're the same. The only difference is: you got lucky," Andrew tells Versace.

He returns to the club for more drugs the next day. He doesn't have enough money to pay the dealer. He goes back to his former patron's mansion, begging to be let in. The police are called.

Andrew finds his mother in a shabby motel. She bathes him gently before declaring that his "smell" has changed. Something's off about her: when Andrew admits he's unhappy, she keeps chattering. She proclaims the world is meaningless without children. She doesn't seem to understand that Andrew is gay, or is in emphatic, perhaps delusional denial about it.

"We always had so little, they always had so much," she says, comparing herself to rival families growing up. She still believes Andrew to be the lies he tells: she thinks he works as a costume designer for operas.

Andrew tells her that he's heading to Minneapolis.

"They have an opera house in Minneapolis?" asks his mother.

"No, Mom. I don't think they do," he responds. She kisses him goodbye.

Ryan Murphy has been using this season of American Crime Story to tell a nuanced story about the complexities of gay identity. Andrew's web of lies may be seen as pathological parallel to the deception so many queer people must maintain to be considered respectable by society. But Andrew's proclivities take him too far, and he overcompensates to make up for his very real deficits.

The illusory nature of wealth has always been a fascination of queer culture, from Oscar Wilde's obsession with abundance to the ballroom scene's fascination with opulence. In a society organized around the marginalization of sexual minorities, obtaining material success is seen as a spiteful rebellion (not so dissimilar from the rap world's fascination with getting paper) against the forces that try to keep queers down. But Andrew's obsession with wealth, forged by his mother's jealousy of her adversaries, goes too far. The facade of happiness, which in the age of Instagram must be even more carefully maintained, falls apart so fast — especially for queer people, who are almost expected to fail.

Murphy appears to be using Cunanan's tale as warning, and surely queer men will see something of themselves in not only Cunanan's loneliness, but also his desires. But Murphy's Cunanan is a sort of fun-house mirror, exaggerating the blemishes of queerness and turning them into something monstrous. Few sympathetic portraits of Cunanan have been made since his crime spree occurred, and although Murphy clearly shows his viciousness as an aberration, he also appears to be asking how different many gay men are from the notorious killer.

'ACS' Tackles Violence Against Gay Men In The Military

Father Of Two Killed By Suspected Carjacker In LA