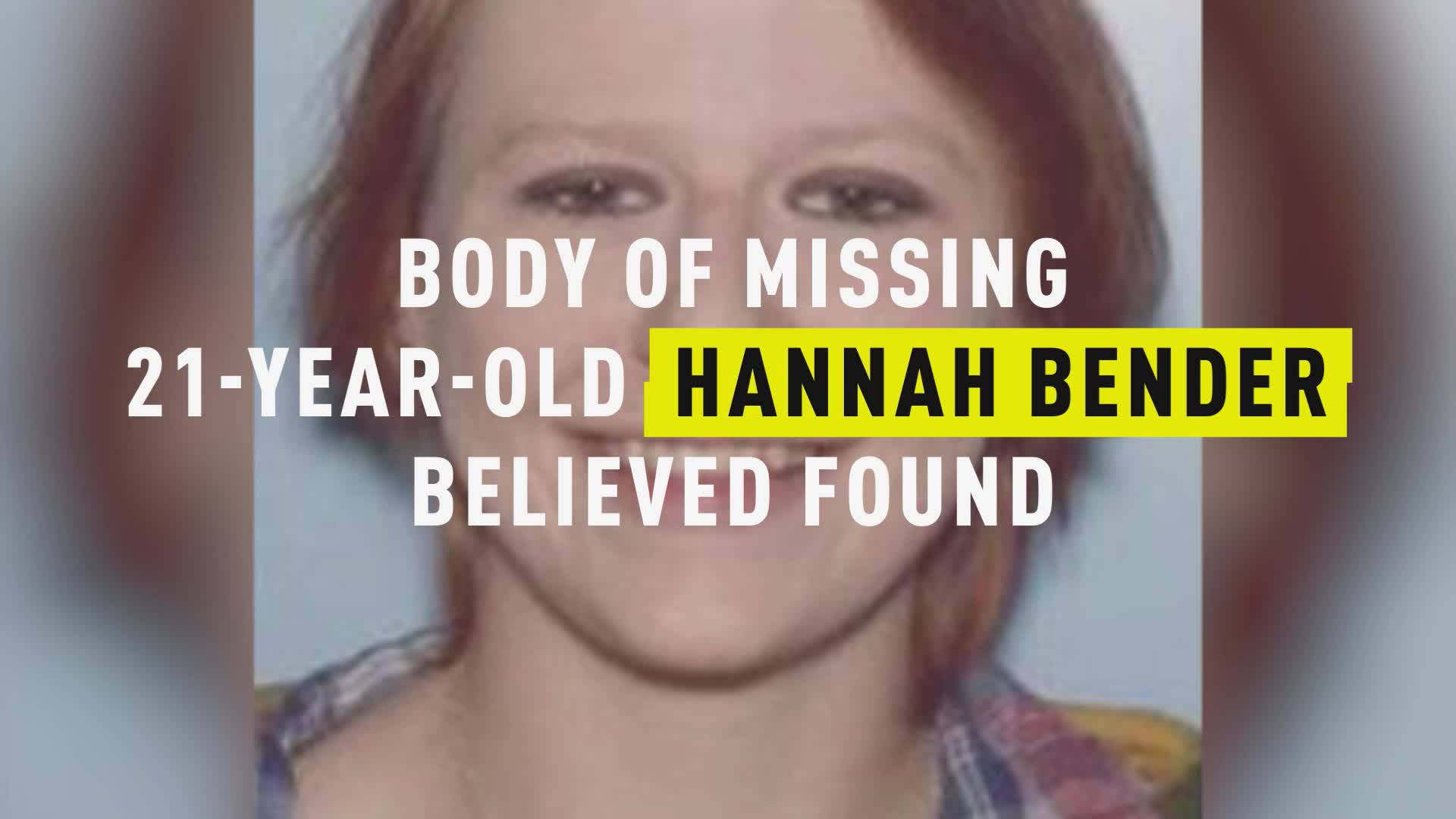 The body of a missing 21-year-old Georgia woman has been found in a ravine, as the search for two of the three people investigators believe are involved continues.

Hannah Bender of Lumpkin County was last heard from on Sept. 14 in a text to her mother. Her worried mom called to report her missing a few days later.

"Shortly after receiving the phone call about a missing person, bloody clothing was located,” the Lumpkin County Sheriff’s Office said on Saturday. Some bloody tools were found in location separate from the clothing, Fox5 Atlanta reports.

On Tuesday, investigators found a Black Ford Ranger that investigators believe is connected to the case. Then, a day later, Bender’s body was discovered in a ravine near Highway 306 in a rural area of Forsyth County, the Atlanta Journal-Constitution reports. An official autopsy to determine exactly how she died is forthcoming.

"I'd been looking, hoping to find her alive. But in the wee early hours this morning, she was found in Forsyth County," Lumpkin County Sheriff Stacy Jarrard said at a Wednesday press conference following the grim finding. He added that while her body has not yet been formally identified, tattoos lead investigators to believe that it is indeed the body of Bender.

A national manhunt is underway for Stryker, who is now wanted for murder. He was last seen in Clay County, West Virginia and he is being called “dangerous,” according to the West Virginia State Police. He is being referred to as the prime suspect in Bender's death, according to CBS46.

Stryker’s fiancée, 21-year-old Elizabeth Donaldson of Dawsonville, has been arrested in connection with the case. She has been charged with tampering with evidence. It’s not clear if she has a lawyer who can speak on her behalf at this time.

In addition to Stryker, authorities are also looking for 78-year-old Jerry Harper, who is also allegedly connected to Bender's death. Stryker and Harper may possibly be driving a white 2008 Ford Explorer together, according to law enforcement.

The case has led to the circulation of rumors, especially over social media, enough so that it prompted Bender’s father, Gary Bender, to speak out during the Wednesday press conference.

"If you know anybody in my family and you care about us, stop speculating and throwing that garbage out there online," he said. "If you don't have anything positive to say, just shut up. We don't need any more of it."

Stryker was last seen wearing blue jeans and a maroon shirt. He is 5'9", weights about 150 pounds and has blonde hair.

Anyone with information is urged to contact the U.S. Marshal Service at 304-347-5136, West Virginia State Police or other local law enforcement agency.

The Clues That Led To 2 Bodies In Manhunt For Teens

Woman Pretended To Be Daughter During Stop, Cops Say