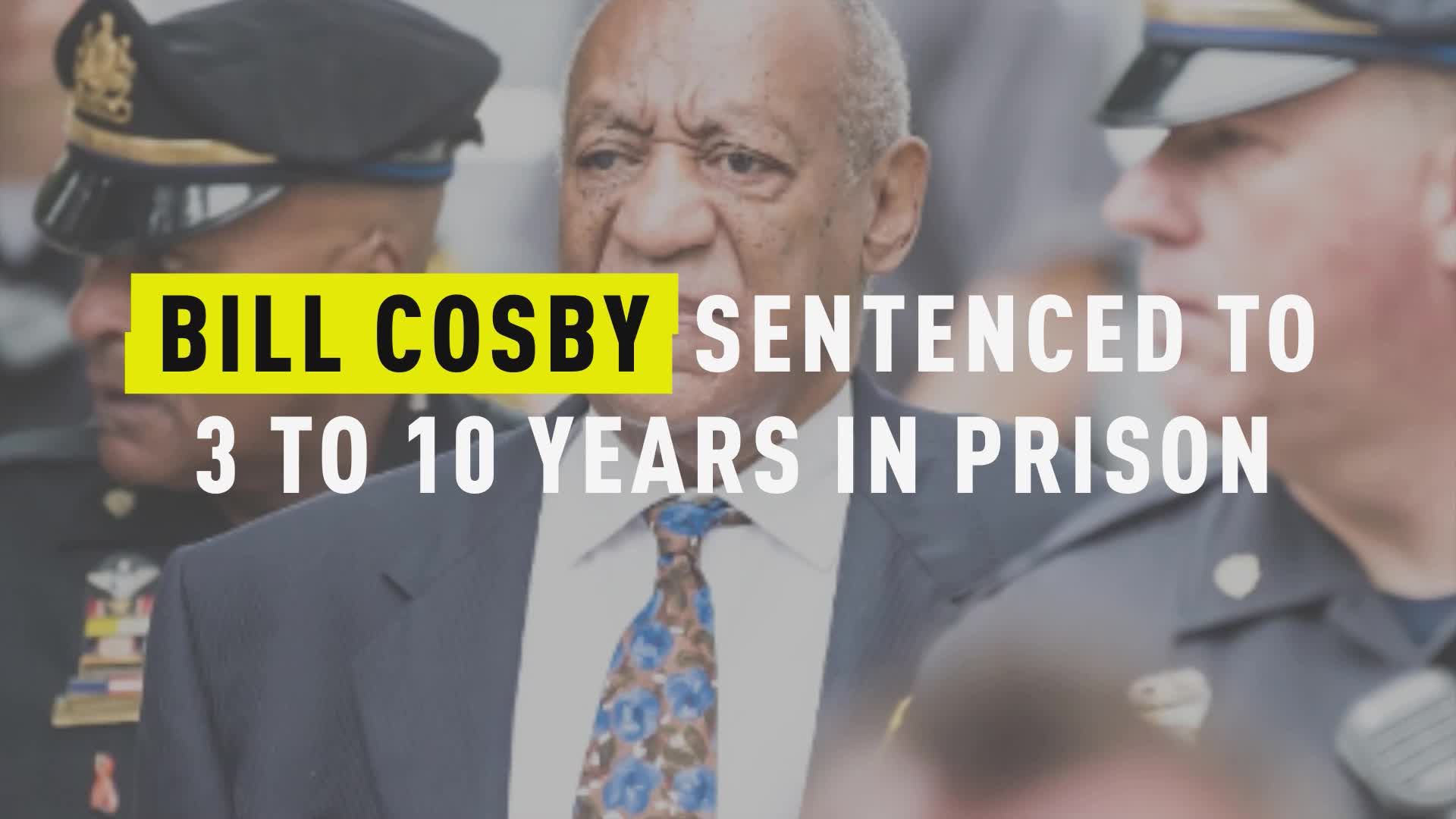 Bill Cosby had some choice words in court Thursday after his sexual assault conviction.

The disgraced comedian who was once called "America's Dad" screamed that the district attorney in his case is an "asshole" soon after a jury convicted Cosby of drugging and assaulting a woman.

Montgomery County District Attorney Kevin Steele told the judge that Cosby, 80, should immediately be put in custody because he has access to an airplane and could flee before his sentencing.

"He doesn’t have a plane, you asshole!” Cosby roared back, apparently referring to himself in the third person.

He also yelled "I'm sick of him!" according to multiple reports from the Montgomery County Courthouse.

Judge Steven T. O’Neill told Cosby, "Enough of that." He said Cosby could be released on $1 million bail, but must remain in his home while authorities hold his passport.

A sentencing date has not been set.

Cosby was convicted of three counts — penetration with lack of consent, penetration while unconscious and penetration after administering an intoxicant — that each bring up to 10 years in state prison, though the sentences could be served concurrently.

He reportedly sat and stared down when the verdict came in, while some of his accusers in the courtroom cheered or broke into tears. Cosby made no comment as he left, though his lead attorney Thomas A. Mesereau Jr. said they were "very disappointed by the verdict." Cosby has denied all of the accusations against him and Mesereau said he would appeal.

More than 50 women have accused Cosby over drugging and sexually assaulting them over a period of decades, and the trial included testimony from six of his accusers. The jury found Cosby guilty of assaulting in 2004 Andrea Constand, who once appeared on "The Cosby Show."