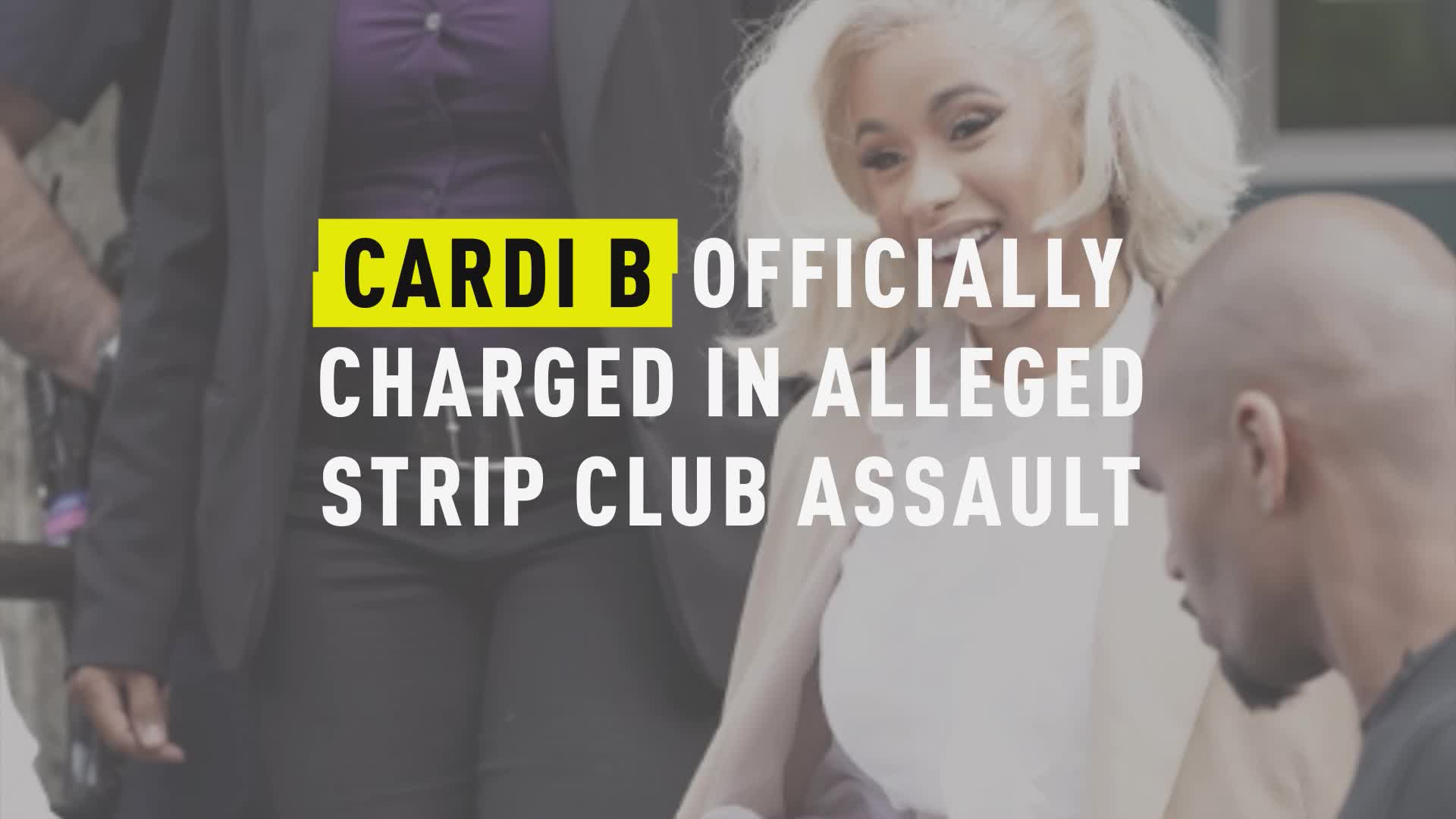 Hip hop star Cardi B braved the cold in style as she popped into Queens criminal court on Thursday in connection to her assault case.

The “I Like It” rapper, real name Belcalis Almánzar, was in court for a literal minute over misdemeanor assault and reckless endangerment charges that resulted from an early morning August fistfight with two bartenders at Angels Strip Club in Flushing, Queens, according to the New York Post.

Cardi B remarked on the "freezing" weather as she made her way into the courthouse wearing a fur coat and hat. Temperatures were in the teens in New York as much of the country finds itself in the middle of a severe cold snap.

The Bronx-born artist is accused of having members of her entourage attack sisters Rachel Wattley and Sarah Wattley, previously identified as Jade and Baddie G, on Aug. 29 because she thought one of them slept with her husband Offset, the Post reports.

Cardi B and Offset, real name Kiari Cephus, got married in September 2017 but split up soon after. However, TMZ recently reported that the two are back together.

“We’re working things out, baby,” she told reporters outside the courtroom, according to the Post.

Cardi B, 26, as well as eight members of her crew thought to have been involved in the brawl, turned herself into police in October. A spokesman for the NYPD told CNN at the time that Cardi B is alleged to have “[thrown] chairs, bottles and hookahs [smoking pipes] in the club at 3 a.m.”

"We're aware of no evidence that she caused anybody any harm on that night," Jeff Kern, an attorney representing Cardi B, told press outside the police precinct in October, according to CNN. "We expect that the matter is going to be resolved expeditiously."

Meanwhile, Joe Tacopina, an attorney for the alleged victims, issued a statement to People magazine on Thursday saying, “Cardi B ordered and committed violent assaults against my clients, and is being called to justice for her crimes. Apparently, she thinks her celebrity status puts her above the law, since she has bragged to multiple people and on social media that she orchestrated these vicious attacks.”

The rapper is due back in court on April 4, according to the Post.

Cardi B Surrenders To Police Over Strip Club Fight