Police are defending an officer's decision to use his Taser against an 87-year-old woman in Georgia after she allegedly stepped toward them with a knife she was using to cut dandelions.

On Friday afternoon, Martha Al-Bishara, an American citizen originally from Syria, walked into a wooded lot behind a Boys and Girls Club in Chatsworth, near her house, to snip a few plants for a salad to help her cholesterol, her nephew Solomon Douhne told Oxygen.com.

An employee on the property called 911 to report that a woman with a knife wouldn’t leave.

“Looks like she's walking around looking for some vegetation to cut down or something,” the caller said, according to WRCB in Northwestern Georgia. “She told me she doesn't speak English and she's walking up the trail with a knife.”

The dispatcher then asked if Al-Bishara had tried to attack anyone. The caller replied, “No, she brought the knife onto the property in her hand. She didn't try to attack anybody or anything.”

When officers arrived, Al-Bishara was holding a plastic bag and the knife. Officers said they witnessed Al-Bishara cutting weeds and asked her to drop the weapon, according to a police report obtained by Oxygen.com. They approached her with guns drawn.

Al-Bishara does not speak English, Douhne said, and was probably confused by the officer's commands.

The officers said they told her to drop the knife, but she didn't, according to the police report. They said she was calm and looking right at them, and at some points would raise the knife. They said she didn't react to the fact that they were pointing a weapon at her. She didn't comply with their commands, according to the report, and kept walking toward them with the knife in her hand. That's when one of them tased her.

She went down on the ground grunting on the right side, he said, still holding the knife. Officers then turned her on her stomach and handcuffed her. She was taken to jail on charges of obstruction of an officer and criminal trespass. She was in jail for about three hours before she was released.

“The last thing any member of our department wanted to do was use a Taser on an elderly female,” Etheridge said in the statement. “However, when she began to walk towards the officer, from an elevated position with a knife, the officer used the most reasonable amount of force that he could at the time.”

Al-Bishara, he said, has a sore hip and back and feels depressed about the situation. Neighbors have been visiting her and that's been lifting her spirits, though. 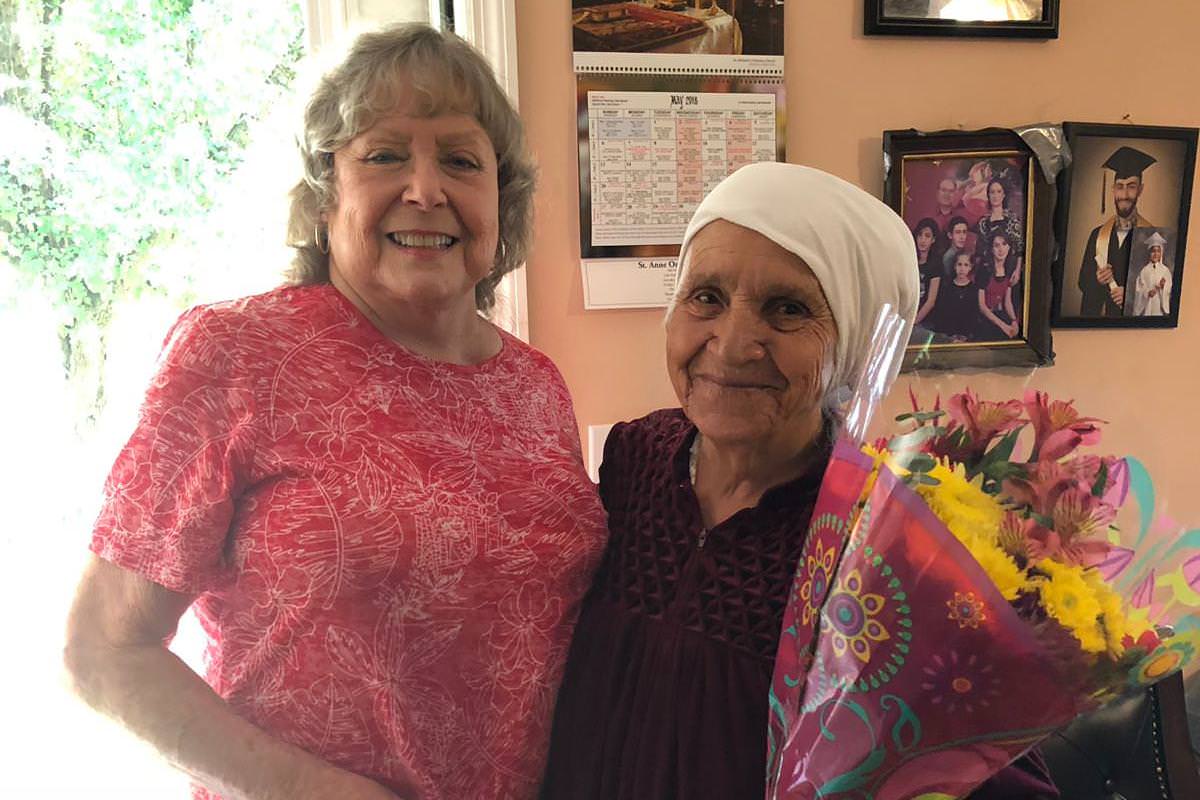 23-Year-Old Man Accused Of Raping, Burning Elderly Woman Before Murdering Her In Home

Doctors Save Baby After Pregnant Woman Is Fatally Shot