The custody of a young child "played a role" in the brutal murders of an Ohio family, allegedly at the hands of another clan they once considered friends, according to authorities.

Ohio Attorney General Mike DeWine announced the arrest of a husband, wife, and two adult sons Tuesday in the "heartless" and "ruthless" killing of eight people, including seven members of the same family and the fiancé of one of the victims.

George "Billy" Wagner III, 47; his wife Angela Wagner, 48; and their two grown sons George Wagner, 27; and Edward "Jake" Wagner, 26, are now all facing eight counts of aggravated murder with death penalty specifications, in addition to a series of other charges related to the alleged crime.

Mike DeWine declined to say much about the motive in the case at a press conference Tuesday afternoon, but he did say that the custody of a child shared between the two families had been a factor.

Jake Wagner and one of the victims, Hanna Rhoden, 19, shared a child together. According to The Columbus Dispatch, the child was 3 at the time of the murders and was the only child who wasn't present the night of the killings. Three other children were at the scene of the murders, but were not harmed. 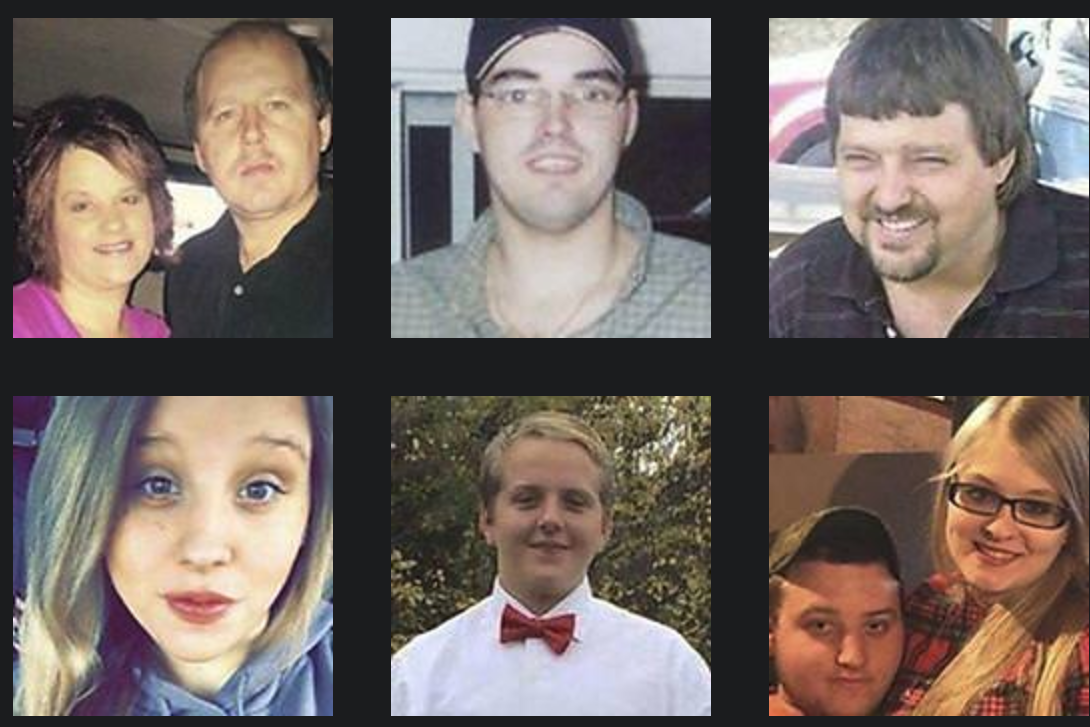 DeWine said the evidence will show that the suspects spent months planning their crimes before going out "under the cover of darkness" on the night of April 22, 2016, and allegedly killing the eight victims in four separate trailer homes.

"They did this quickly, coldly, calmly, and very carefully, but not carefully enough," Pike County Sheriff Charles Reader said at the press conference Tuesday. "They left traces. They left a trail."

A family for the Wagner family, however, said his clients are innocent.

"We look forward to the day when the true culprits will be discovered and brought to justice for this terrible tragedy," attorney John Clark said in a statement Tuesday, according to the Associated Press. "The Wagners are also very hopeful that in the ensuing months there will be a thorough vetting of all the facts."

Investigators, however, said there was no evidence to suggest anyone else was involved and said they have spent years and countless resources investigating the case.

"Our investigators or analysts have lived this case," DeWine said. "It's been all consuming but each one of us pledged to never give up."

In the end, he said, the arrests were made as the result of "hard, tough police work" day after day by more than four dozen state, local and federal agencies who assisted in the case.

Tuesday's announcement does not signal an end to the case, however, and authorities said prosecuting the case could take years.

"There is a lot of hard work ahead of us. I cannot emphasize that enough. An indictment is only the beginning of the case," Pike County Prosecutor Rob Junk said Tuesday, according to the Associated Press.

Rhoden family relatives said they were notified of the arrest Tuesday shortly before the news was made public and are still struggling to process it all.

"We just don’t know what to think,” Tony Rhoden told The Post Dispatch. “We’re just trying to process it all. It’s a lot to take in.”