Sign Up for Free to View
A Short History of R. Kelly Scandals

In the Lifetime docu-series "Surviving R. Kelly," women from around the country come forward to allege that the R&B superstar was abusive to them in relationships.

One of the most compelling portions of the six-part series is the story of Dominique Gardner.

While survivors like Kitti Jones or Lisa Van Allen are no longer with the singer, Gardner was actively living with R. Kelly at the time of the taping. Viewers watched as the girl's mother, Michelle Kramer, pleaded for her return and made contact with her in a Los Angeles hotel room. Kramer doesn't give up on trying to rescue her daughter, even when she's told police will come and arrest her.

Here's what you need to know about Dominique Gardner and where she is today.

They Were Together for 9 Years

Kelly's relationships spanned years and Gardner was no exception. In the docu-series, we learn that they met in 2009 when she was 17. When Kramer learned of the relationship, she says she called R. Kelly and told him to stay away from her daughter. Gardner continued seeing him in secret, and came clean to her mom she had not cut things off when she was of age. Despite Kramer's apprehension, she then gave her daughter the blessing to see Kelly. They were together for nine years.

An anonymous member of Kelly's entourage says that Gardner was a tomboy. For whatever reason, this drove the singer to give her a full makeover, including cutting her hair and putting her in clothes that made her his "boy toy." When fans see Gardner and her mother in the hotel room, it's apparent that her physical appearance has changed significantly while under Kelly's watch. She is seen briefly in the above TMZ video with Joycelyn Savage, another one of Kelly's girlfriends. 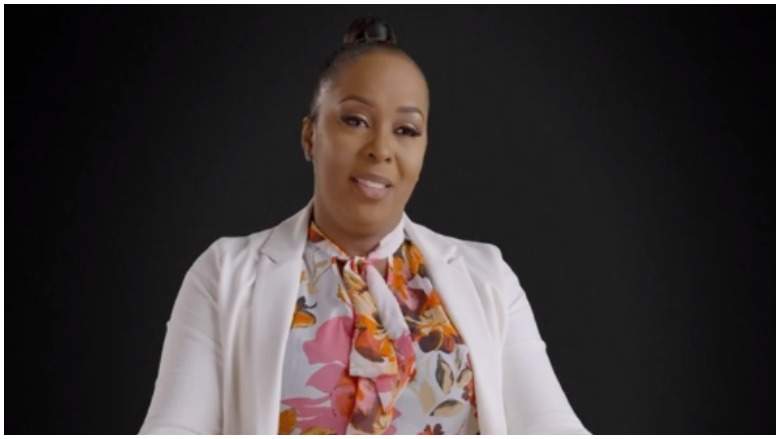 In her mother's opinion, Gardner needed to be rescued from Kelly's alleged sex cult. Michelle (seen above) travels to Los Angeles, with the docu-series cameras in tow, to find her daughter on Mother's Day weekend. She tells the hotel manager to call up to the room but Gardner doesn't want to see her initially. The manager then decides to take Gardner to the room, which may or may not be against protocol. That's when mother and daughter make contact. Gardner says there's someone else in the room, most likely Joycelyn Savage, and seems spooked. An hour or so later, the manager says that someone called the cops on Kramer, claiming that she wasn't Gardner's mother. It's unclear who did this.

Eventually, mother and daughter connect and meet at the hotel exit. Gardner is shown on camera leaving with only a backpack.

She Went Back to Him

The docu-series shows a tearful reunion between Dominique and her mother. It seems that the young girl wants to return home. However, the story doesn't end there. In the post-credits, we learn that Gardner actually returned to Kelly three days later before finally leaving him for good.