A 67-year old mother and grandmother was arrested after police say she tried to smuggle drugs to her daughter in prison.

Dorothy Lee Faust was visiting the Julia Tutwiler Prison for Women in Alabama on Saturday when officials said she was caught passing her daughter Suboxone that she had hidden in a package.

Horton said Faust later admitted giving the package to her daughter during their visit. 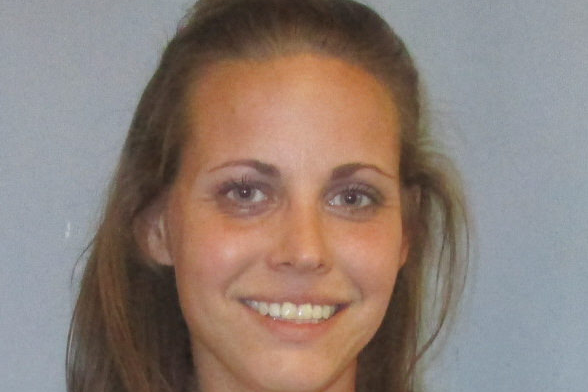 McLeod's arrest in 2015 made headlines after the woman's son was found with his eyes open but unresponsive in the back seat of her boyfriend's car. He had dried blood on his lips and a cut on his head and was laying next to a bag with loaded handguns, according to local news channel WFSA.

Her boyfriend had apparently brought the child to the courthouse so he could appear for a battery charge and left him alone in the car, later telling an officer he needed to hurry because a child had been left in his car, according to the Panama City News Herald.

The deputy went outside and discovered the boy under a blanket.

The case, which had been described as "child torture," later inspired efforts by lawmakers to increase the penalties for aggravated child abuse cases, according to the Panama City News Herald.

McLeod received the maximum sentence allowable at the time of 20 years for her role in the abuse.

Following the arrests, the boy was placed into the custody of his father, Joey Crampton. After Crampton himself was charged with a misdemeanor for violating a family protection act in an unrelated incident, Crampton's ex-wife received temporary custody, according to WFSA. However the charges against Crampton were dismissed and he regained full custody of the boy, according to court documents.

The boy's grandmother is now the latest family member to face charges. After Saturday's incident, Horton said Faust was charged with promoting prison contraband in the second degree.

Elmore County Sheriff’s Office Chief Ricky Lowery told Oxygen.com Faust was taken to the Elmore County jail after the arrest, but was later released after she made bond.

Editor's Note: An earlier version of this story did not mention the dismissal of the charge against Joey Crampton or the fact that he regained full custody of his son. It has been updated to reflect both facts.

Baby Of Pregnant Woman Dies 5 Days After Mom Was Shot