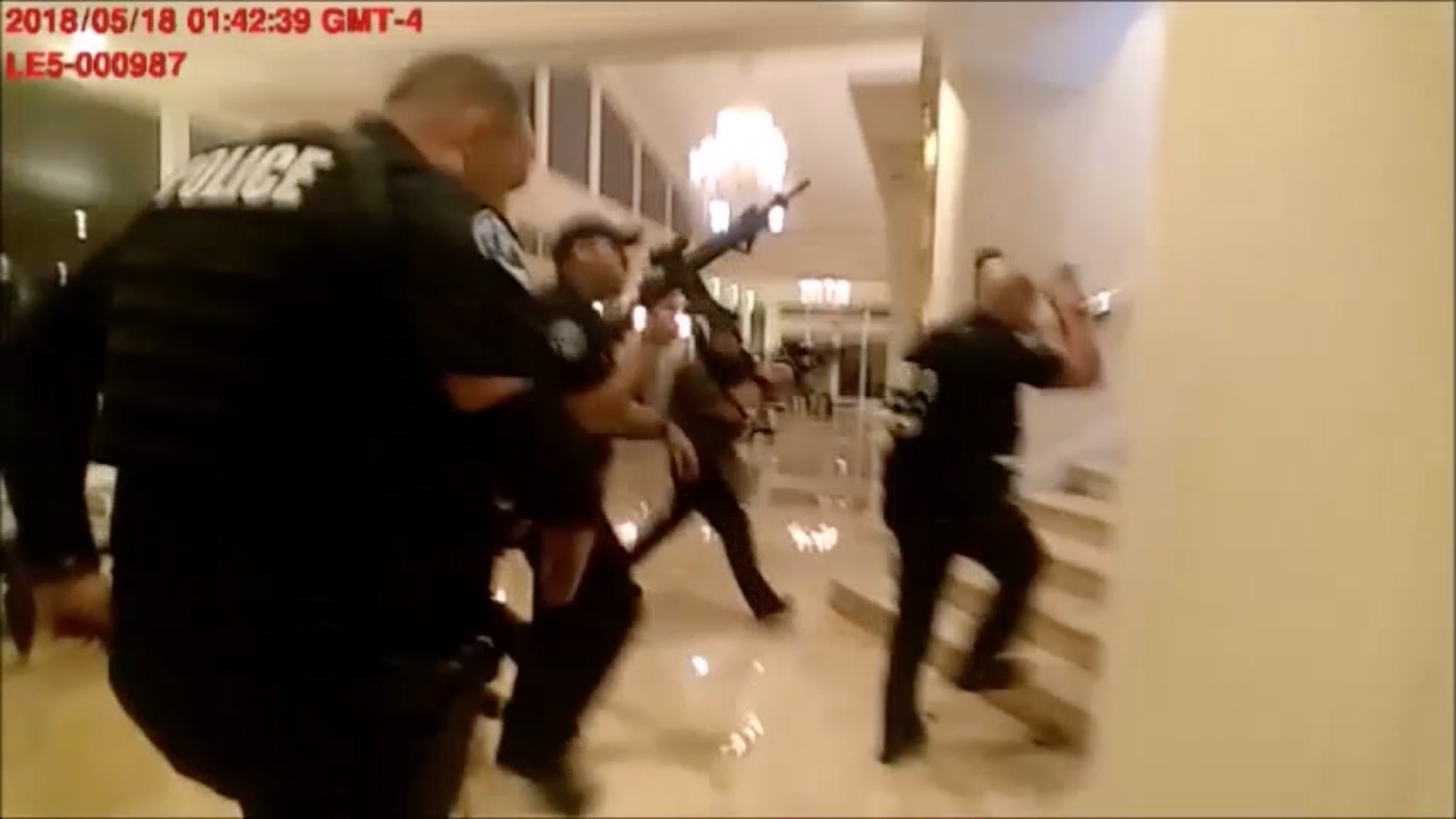 Miami cops have released dramatic video of Friday’s firefight between police and a gunman at the Trump National Doral Golf Club.

In the video, an officer is seen taking up a firing position with his sidearm drawn outside the club. As gunshots ring out, the officer makes his way upstairs and into the marble-lined lobby of the resort.

As the officer moves, the video captures his police radio advising, “Active shooter. We have shots fired. Do we have any subject information?”

Meanwhile, inside the lobby, shots continue to be ring out and the officer meets up with other police officers carrying automatic rifles.The group then slowly makes its way up another flight of stairs, to a upper floor.

Out of the camera's sight, the alleged gunman, Jonathan Oddi (pictured below), was shot by police in the leg. He survived, and was transported to a hospital for treatment.

Earlier, Oddi took an American flag from a pole at the club and draped it over a counter in the club’s lobby, before pointing a handgun at several people and firing into the ceiling, triggering the police response, cops told the Associated Press.

“We don’t know what his intentions were in the long term, but we know what he was doing at the time — he was trying to engage our police officers in some kind of ambush-type attack,” Perez said.

Oddi faces five counts of attempted murder and other charges, according to court records. Oddi, who friends said is a fitness buff and dancer, has been ordered held without bond, according to the Miami Herald.

Trump was not at the resort at the time.

One responding officer broke a wrist, but no resort employees or guests were hurt, the Associated Press said.

Officers from the Doral Police department also responded, he said. It is not known whether those officers were wearing body cameras.