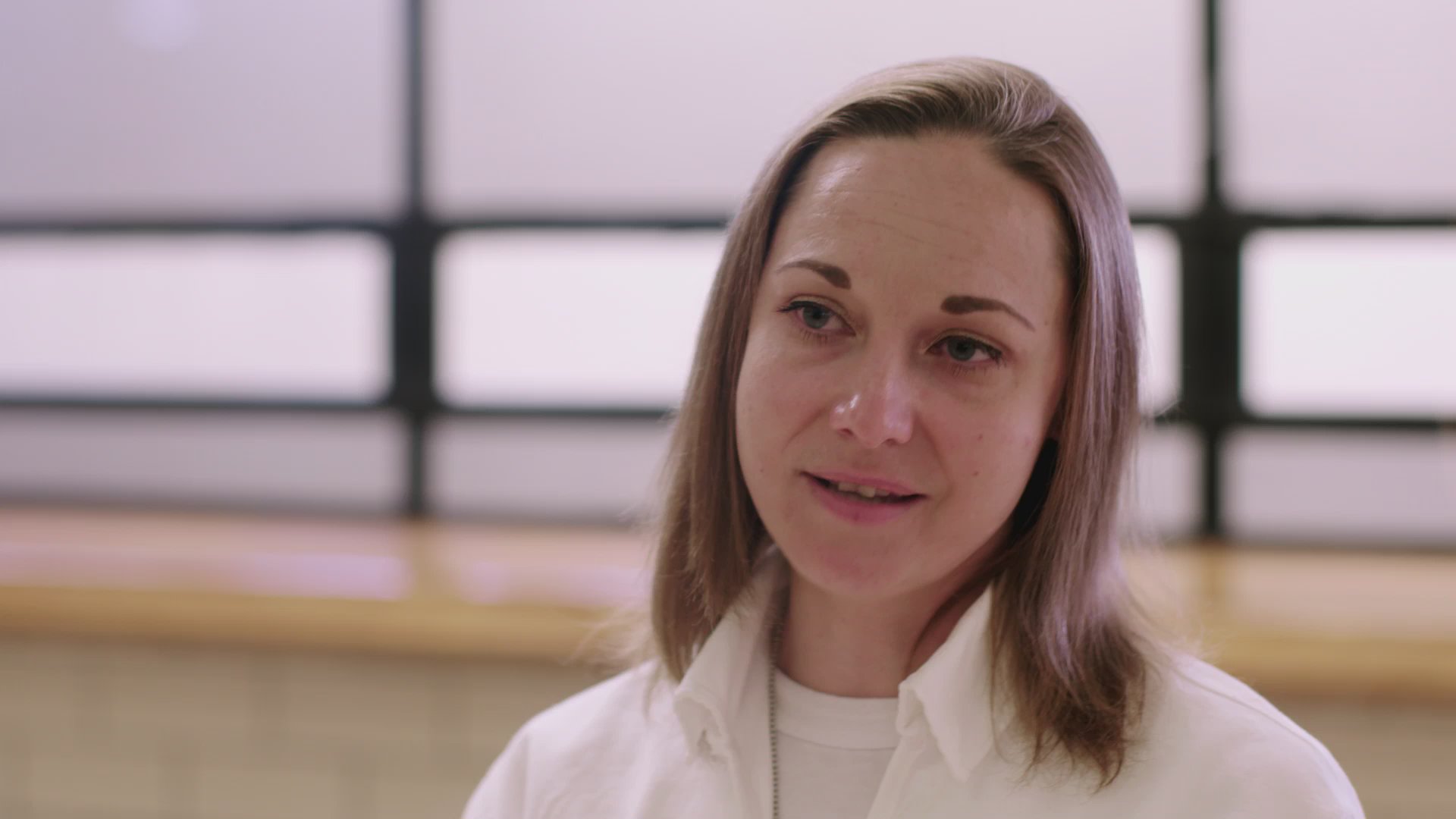 Indiana couple Joshua Maxwell, 22, and Tessie McFarland, 21,  ripped through the country on a crime spree spanning three states and six weeks, killing a FedEx mechanic and an off-duty Texas sheriff’s sergeant in the fall of 2000.

Their carnage ended in San Francisco after a gunfight with the police. The couple had fled the Market District using the deputy’s pickup, with two dozen patrol cars in hot pursuit, reported the San Francisco Gate.

Maxwell had “taken a wrong turn early in life,” having run away from home often, according to SFGate. He ended up being arrested for felony theft in January of 1991, escaping from a juvenile center months later. SFGate further reported that Maxwell, who had been arrested twice for car theft, was also arrested for gun possession in 1995, with police claiming that he was a member of a gang.

How did this career criminal fall in love and convince his girlfriend to go on a murderous spree with him? Both Maxwell and McFarland were young parents of kids; McFarland was especially vulnerable as she battled a crack-cocaine addiction and worked as a stripper. McFarland’s father had died when she was two, and in her mother’s remarriage, she gained three step-siblings, one of whom would go on to date Joshua Maxwell.

McFarland never completed high school; meanwhile, her mother got divorced from her stepfather Mike McFarland, who didn’t speak with Tessie for two years.

“When her mom and I split up, I lost track of everything,” Mike McFarland told “Killer Couples.” “And I think that’s where she made her big turn.”

Tessie McFarland, who also spoke to “Killer Couples,” remembered how that time period changed her life.

“I started to become involved with an older group of people, and I wanted to emulate the people they hung out with,” said Tessie McFarland of the older “cool” kids. “They might not have been the most enriching group of people.”

Tessie McFarland found herself a 20-year-old single mother. She started stripping to pay the bills. She met Maxwell when he showed up at her house looking for her sister.

“I hate to say love at first sight…because it sounds so cliché but um there was almost an instant attraction,” said Tessie, adding it was like “kind of magnets, you know.” When Maxwell proved to be a good parental figure to her son, she was thrilled.

“Look at this big old guy sitting right next to this little bitty kid wanting to watch TV and eat cereal at 9 in the morning, you know, and hang out, you know, one in a diaper and one with no shirt on and they look like the most American thing ever,” she said.

Maxwell “enjoyed” Tessie McFarland’s work as a stripper. On his arrest warrant, SFGate reported, under the category “Location of place of business or where person is usually found,” was the note: “Topless bars.” Tessie McFarland’s mother was frustrated by her daughter’s relationship to Maxwell, alleging that he had twice dropped Tessie and her child off at a motel so he could be with other women, according to the SFGate.

Money and sex appear to have been intertwined in this young couple’s life.

Through a phone dating service, the couple arranged to meet with Robby Bott, 45.

They took Bott hostage, Matjeka said, and after finding some cash and bank cards at his home, they planned to let him go.  In his interrogation, Maxwell said there was an altercation where Bott threatened to kill McFarland so he shot him.

They burned his car with the body left inside, and drained his meager accounts, and off they escaped to Texas — where they found their next mark, Rudy Lopes. Lopes took them out for food and bought them negligees, Matjeka revealed, but Maxwell didn’t know at first that Lopes was a cop.

The couple tied him up with a telephone cord after pulling a gun on him in a hotel room where they used a stolen ID.

Maxwell claimed he wanted to let Lopes go, but just like Bott, an altercation ended that possibility. He said that Lopes tried to headbutt him, so he shot him.

The police caught up to this Bonnie-and-Clyde couple in San Francisco a week later, after Lopes’ stolen Chevrolet pickup was spotted running a red light. In the chase and trade of gunfire that ensued, McFarland’s neck was grazed by a bullet, ABC News reported.

McFarland’s defense was simple: she was forced to engage in these heinous crimes by her lover. “He slept with guns under the pillows. He handcuffed me to every single thing I ever touched. You do what you have to do to survive,” she said on “Killer Couples.”

“Don't think I didn't think about leaving him in the middle of the night trying to get help,” said Tessie McFarland in a recorded police interview.

The police weren’t convinced that McFarland was as innocent as she claimed, and when they found a camcorder with videos of the couple having fun on the run, with some featuring the two getting high. It was “detrimental” to them in court, because of the “lack of showing any remorse,” remarked Joann Nealy, Maxwell’s sister.

These videos are featured in the “Killer Couples” episode, which is the Season 10 finale.

Maxwell was found guilty of capital murder and awarded the death penalty. Tessie McFarland never saw trial despite being charged with two counts of murder. She took a plea deal of life in prison, and will be eligible for parole in 2040. Her son has been living with his father with no contact ever since.

Maxwell was executed on March 11, 2010 in Texas. "The person that did that 10 years ago isn't the same person you see today," said Joshua Maxwell, according to the San Diego Union Tribune. "I hurt a lot of people with decisions I made. I can't be more sorry than I am right now."

After this episode, “Killer Couples” moves to Mondays on Oxygen, 9/8c.