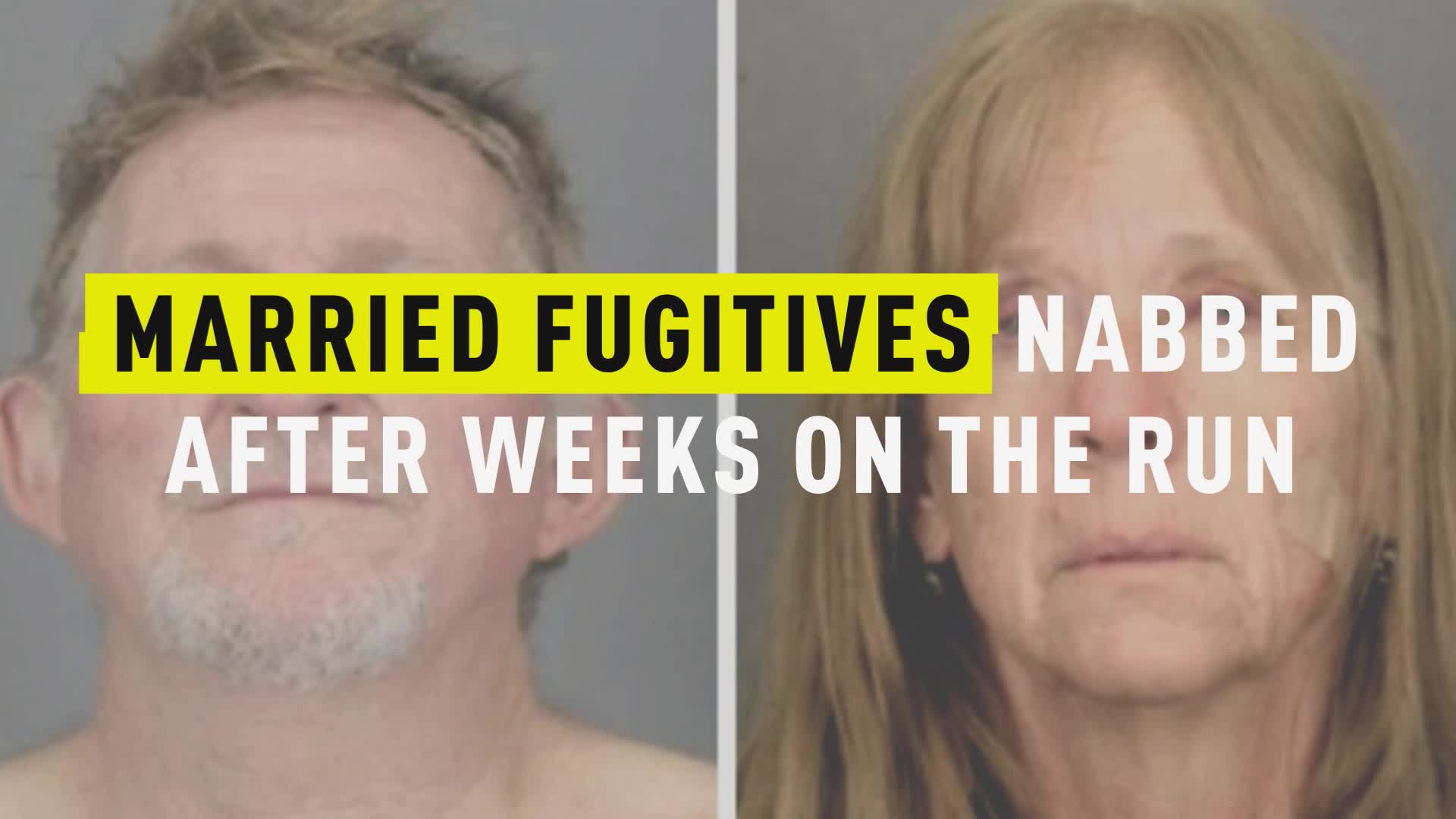 Married fugitives who spent weeks on the run after overpowering two guards in Utah were back behind bars Wednesday.

Blane and Susan Barksdale, who are suspected of killing a 72-year-old Tucson man, escaped from custody in August while being transported from New York back to Arizona.

The duo allegedly faked a medical episode while in Blanding, Utah on Aug. 26, then overpowered their guards and tied them up before fleeing to Arizona, where they changed vehicles and continued to elude authorities for more than two weeks, according to KSAZ-TV.

But, the pair’s time on run came to an end on Wednesday when authorities took them back into custody “without incident,” according to the Navajo County Sheriff’s Office.

“The Navajo County Sheriff’s Office assisted the US Marshal’s Service in capturing the fugitives this evening,” they wrote in a post on Facebook.

More details about the arrests are expected to be released during a joint news conference with the U.S. Marshal’s Office on Thursday morning.

David Gonzales, the U.S. marshal for Arizona, told The Associated Press shortly after the couple had escaped that Susan Barksdale, 59, pretended to have a “intestinal issue” as part of a ruse to escape from custody.

“It was compelling enough that they felt the need to pull over,” he said.

When the unarmed guards, a man and woman hired by a private security company, approached the back of the vehicle, Blane Barksdale, 56, and his wife charged and overpowered them, authorities said.

The Barksdales then allegedly tied up the guards using shoe laces and put them into the back of the vehicle with a third prisoner who played no part in the escape. The pair drove the vehicle to Arizona before switching to a friend’s red GMC Sierra pickup just outside of St. Johns, Arizona, according to authorities.

Earlier this week, the pair had been placed on the U.S. Marshals 15 Most Wanted List. On Monday, authorities announced a reward for information leading directly to Blane’s arrest had increased from $10,000 to $25,000. A reward had also been offered for Susan Barksdale.

'Father Of The Year' Nabbed For Alleged Child Sex Crimes