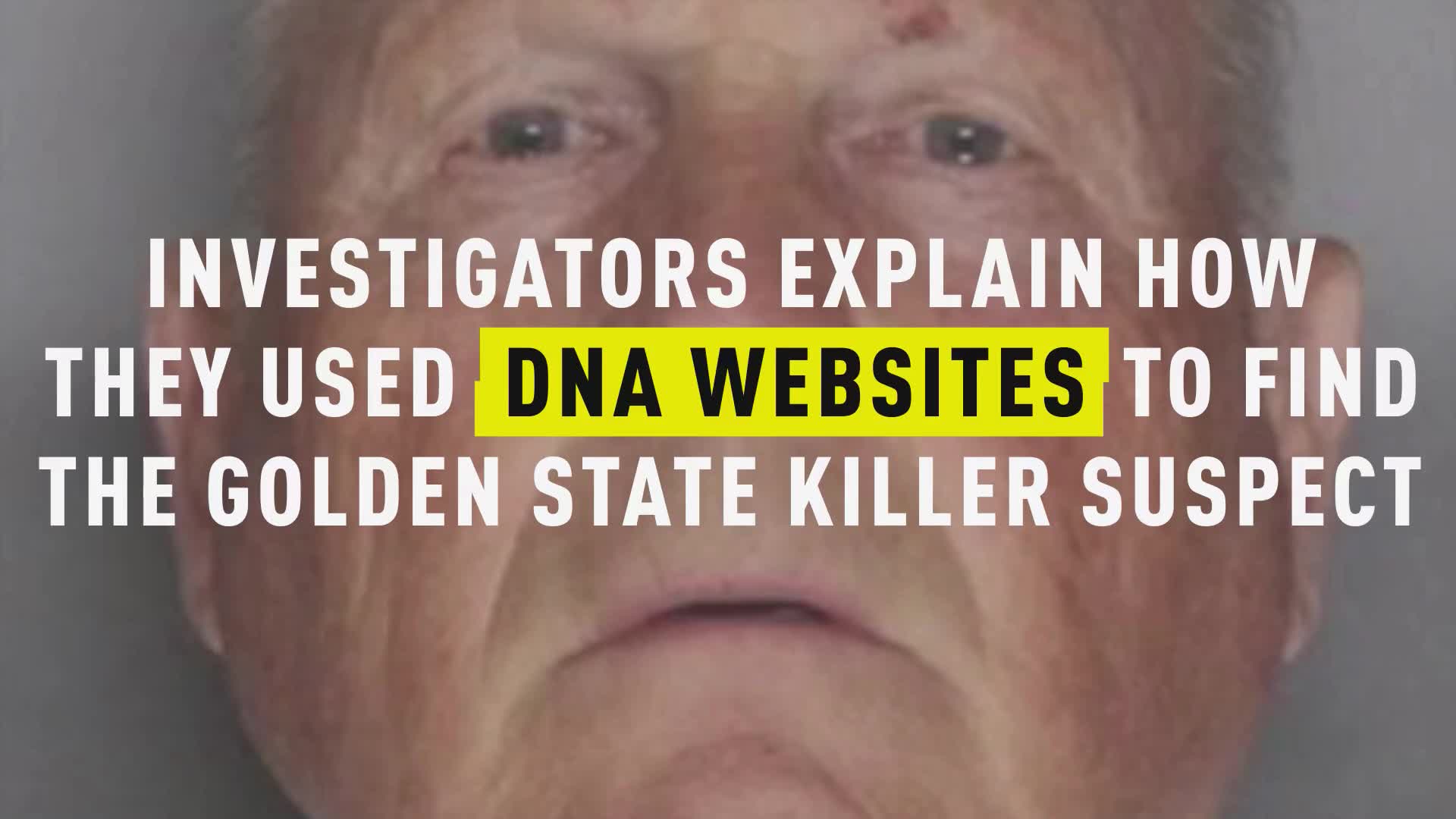 Golden State Killer suspect Joseph DeAngelo stood in a cage as a judge debated how much information should be released about his arrest during a hearing on Tuesday in a Sacramento courtroom.

Video from the hearing showed DeAngelo, 72, listening intently to the judge while standing up in a cage, along with a court deputy. A sign on the cage warns others in the courtroom not to talk to the inmates inside it. One of DeAngelo’s lawyers stood next to the cage.

At DeAngelo's last court appearance on May 14, cameras were not allowed. He was in a cage during that appearance too, but it was the first time he walked into the courthouse himself rather than being wheeled in. A sketch artist drew DeAngelo's first standing appearance and reporters had to bring notepads instead of tape recorders. It seems that Sacramento County Superior Court Judge Michael Sweet has since changed his mind over the use of electronics in the courtroom.

#GoldenStateKillerCase-This is 1 crowded hallway. How r all these 🎥 going to fit in a small #Sacramento courtroom? pic.twitter.com/5z1VoYSWh4

Tuesday marked the second hearing regarding his arrest records. Several media outlets have filed for the release of the suspect's arrest and search warrant records — documents that DeAngelo’s attorneys want sealed.

“The arrest and search warrant affidavits in this case detail allegations relating to what will inevitably be the biggest trial in California history,” DeAngelo’s attorneys wrote in a motion opposing the media’s attempts to obtain the documents, according to The San Francisco Chronicle.

Sweet has been weighing the issues, debating whether or not the release of the documents would lead to an unfair trial for DeAngelo. DeAngelo was arrested last month and charged with murdering 12 people across California in the 1970s and 1980s. He has not yet entered pleas for any of the murders. Police believe that the Golden State Killer suspect is also the man dubbed the East Area Rapist, who raped dozens of women in California — but DeAngelo has not been charged with any of the over 50 rapes investigators suspect him of committing.

RELATED: A Timeline of the Golden State Killer's Crimes

“The press, the public and the victims deserve an open preceding and to have a better understanding of how this case came to be charged,” media attorney Duffy Carolan argued in court.

"The media coverage is immense, it's extraordinary," he said, adding that there have already been thousands of stories in the media about his client after his April arrest.

In the end, Sweet shot for a compromise of sorts.

"I can tell you I wouldn't agree to keep it all under seal," Sweet said. He said that some of the information may be irrelevant but that he won’t withhold all of it. The arrest affidavit is 40 pages long, and Sweet said the search warrant affidavit is more than 70 pages. He said he will work with prosecutors and defense attorneys to determine what to redact, and what to keep hidden from the public.