Sign Up for Free to View
emmett till getty

The federal government has reopened its investigation into the infamous murder of Emmett Till, a black teen who was killed in rural Mississippi in 1955 after a white woman claimed he flirted with her.

The Justice Department told Congress in a March report that they have received new information regarding Till’s killing, the Associated Press reported. The details of this new information have not been released. Till's tragic death and the lack of justice for him helped spark the civil rights movement.

Previously, Till’s case was closed in 2007, when authorities announced that the suspects in his murder were dead.

But in Timothy B. Tyson's "The Blood of Emmett Till," which was published last year, he writes that the white woman at the center of the case, Carolyn Donham, told him back in 2008 that her testimony about Till whistling at her and touching her at a store was false.

Four days after Donham supposedly claimed that Till flirted with her and made advances towards her, Donham’s then-husband, Roy Bryant, and his half-brother, J.W. Milam allegedly abducted the teen from his great-uncle’s house. Till was brutally beaten, shot before barbed wire and a 75-pound metal fan was struck around his neck, TIME reported. Then, the suspects dumped Till’s body in the Tallahatchie River.

The men were charged but acquitted by a white jury in Till’s murder in 1955. A year later, both men admitted to killing Till in an interview with Look magazine, USA Today reported. They were never retried and are now dead. The pair were reportedly paid $3,150 for their magazine confession. 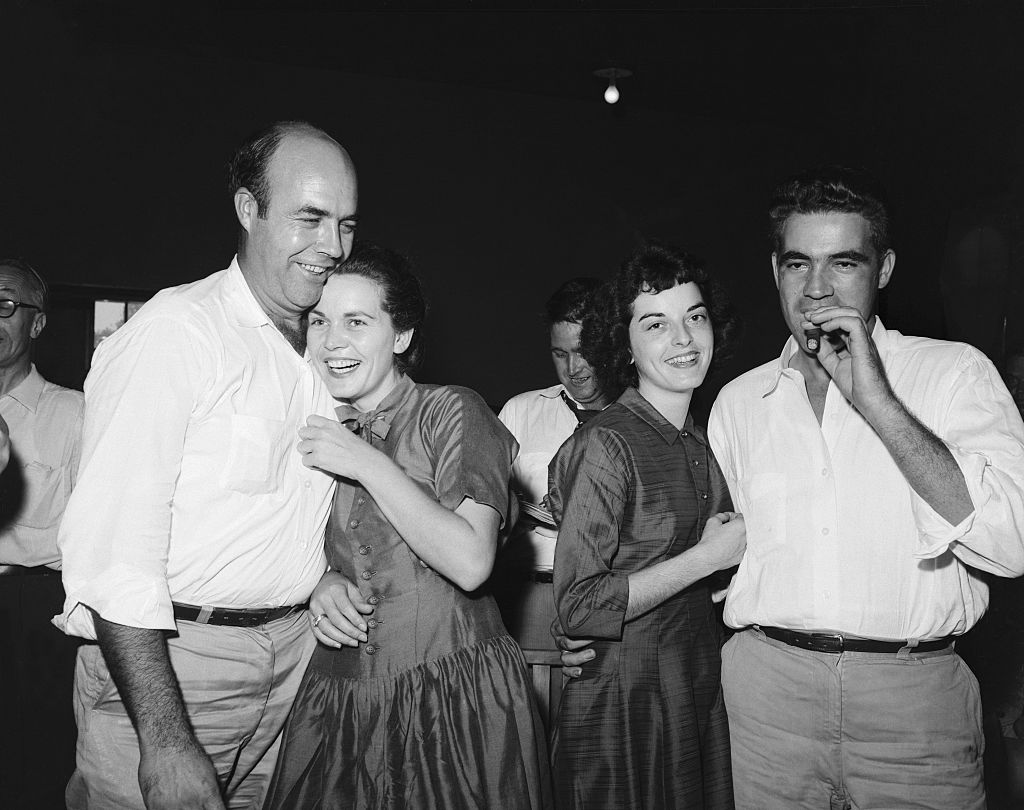 A jury was quick to acquit Bryant and Milam (shown above with their wives: Bryant and Carolyn Donham are on the left and J.W. Milam and his wife on the right) — the decision came in less than an hour, CNN reported. One juror said it only took as long as it did because the jurors took a break to drink soda, according to TIME.

Till’s mother insisted on an open casket for her son. She told the funeral director, “Let the people see what I’ve seen.” The shocking image was photographed by David Jackson and published in Jet magazine. It was powerful because it not only represented American racism, but led to change. The photos of his body have been called a catalyst for the civil rights movement, the New York Times reported.