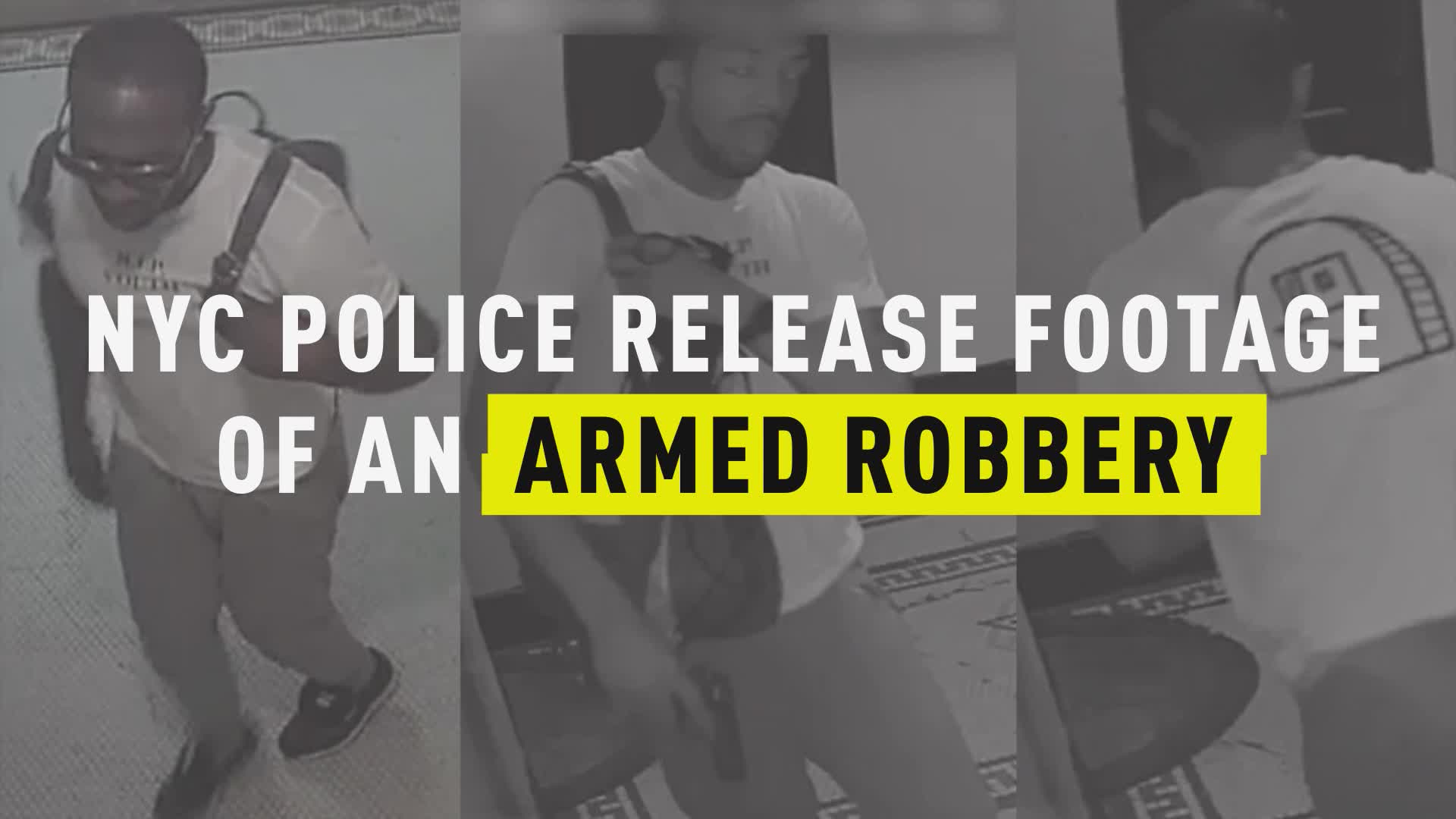 An armed robber wearing a T-shirt reading “R.I.P. Youth” snuck up behind a man inside an apartment building in Upper Manhattan and choked him until he lost consciousness, according to police.

The suspect was caught on surveillance video lurking in the lobby of the building, pacing back and forth just before 10 p.m. on Friday, police said.

When he found his mark, a 23-year-old who lived in the building, he followed the man up a flight of stairs, and went up one more flight to fish a black handgun out of a bag as the victim went to enter an apartment, according to the video released by police.

Once he had his gun out, the robber returned and walked softly up behind the victim, putting his arm around him in what appeared to be an almost gentle manner, and menaced him with the handgun, the video showed.

This man is accused of holding a man at gunpoint and putting him in a chokehold in a brutal robbery inside a Manhattan apartment building. Photo: NYPD

The victim put up a fight and managed to wriggle free in an attempt to flee down the stairs, but the thief grabbed him from behind, wrapping his arm around the man’s neck in a chokehold until the victim stopped moving, according to the surveillance footage.

Once the victim had collapsed, the assailant grabbed the victim's phone from his hand, scooped up his backpack, and rifled through his pockets and removed his wallet.

Leaving the battered young man lying limply at the top of the stairs, the suspect made off with the victim’s wallet, cell phone, and $1,000 in cash, police said in a statement.

The victim regained consciousness and was treated on the scene by emergency responders after suffering bruising to the neck, police said.

Police described the robber as sporting a beard and mustache, wearing black sunglasses and a black backpack, gray sweatpants, and a T-shirt with the words “R.I.P. Youth” on the front and a graphic of a gravestone and an upside down house on the back.