The mother of a 6-month-old baby that died after being burned alive was arrested Wednesday in connection with her son’s death, police say.

Hannah Barker first called police on July 17 to tell them of her son Levi Cole Ellerbe had been taken from her home after men entered her home and sprayed her with pepper spray, Oxygen.com reported.

Barker said she came home to find her child missing, and Felicia Marie-Nicole Smith, 25, pictured below, was soon charged with first-degree murder after firefighters found the baby severely burned close to the home. 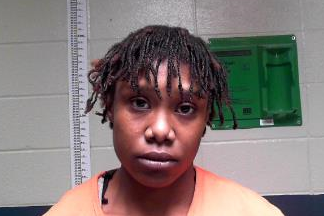 Investigators now say that Barker and Smith knew each other before the alleged homicide, and they both face charges for the death of 6-month-old Ellerbe. Smith faces the possibility of receiving an additional charge, investigators say.

Barker, 22, was charged on Wednesday to one count of principal to first-degree murder, according to a statement by the Louisiana State Fire Marshall, who is investigating the case alongside the Natchitoches Police Department.

“I want to highlight the determination and dedication of the team of investigators from both agencies who have doggedly worked this case from the start,” State Fire Marshal Chief H. “Butch” Browning said. “Rest assured, that diligent work is not over yet.”

Ellerbe was air-lifted to a nearby burn clinic after authorities found the baby when they received a report of a fire about a mile from Barker’s home, Oxygen.com reported.

"I just seen it on fire. I didn't see nobody or nothing,” a Natchitoches resident, Kanika Johnson told The Town Talk in Alexandria. "I just thought some kids might have set it on fire or something. I had called the police and told them to hurry up and send somebody to put the fire out before it spreads."

The investigation into the case is ongoing and the nature of Barker and Smith’s relationship is still unknown.

Both suspects are being held in Natchitoches Parish Jail.

Woman Claims She Thought Husband Was Bear During Shooting

Man Dead In Oregon Was Wanted In Girlfriend's Murder