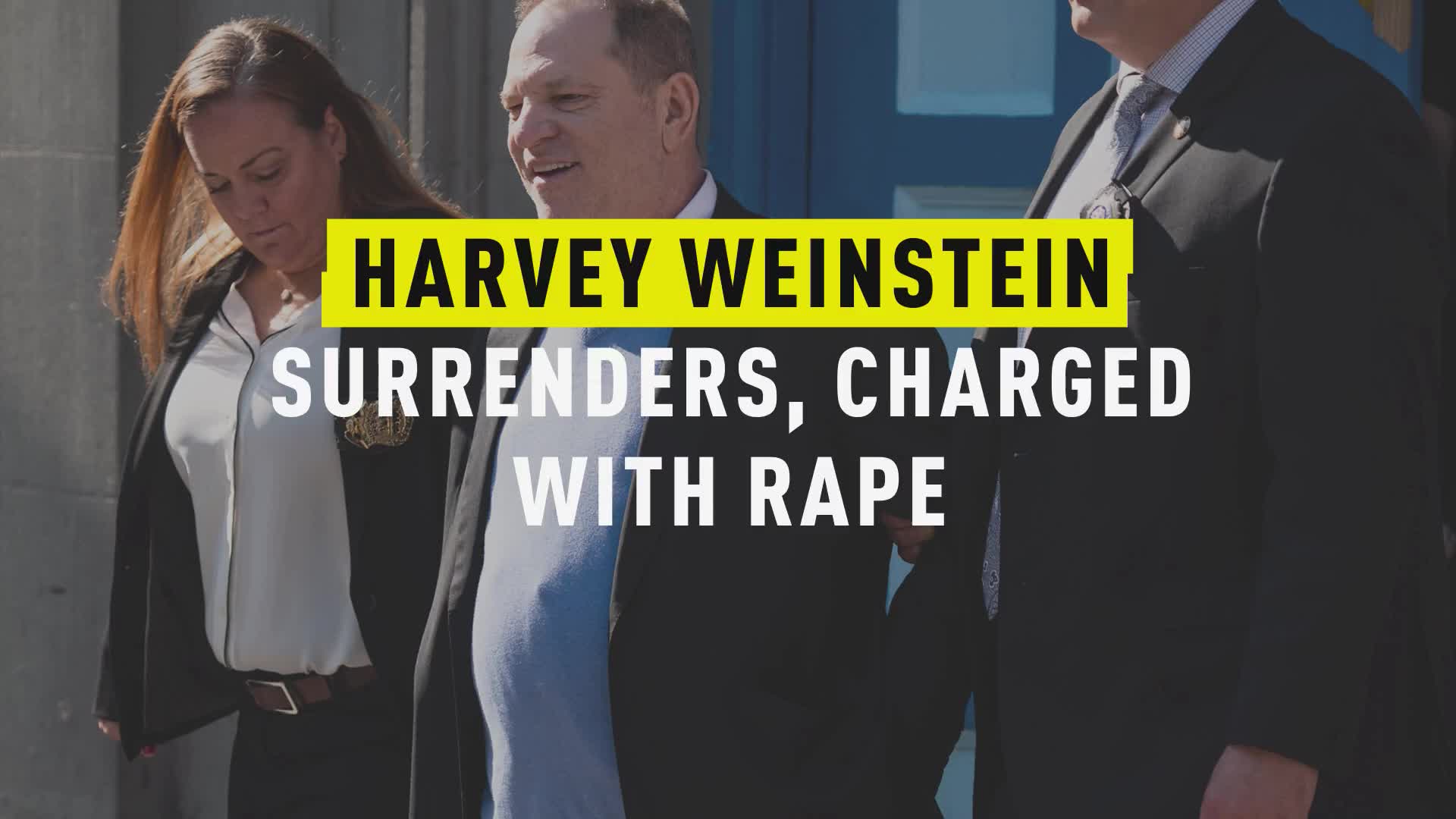 The two top charges, first degree rape and first degree criminal sex act, are both class "B" felonies under New York law, and each carry a maximum sentence of 25 years in prison, which could be imposed consecutively if Weinstein is convicted.

The charges in the indictment are the same as those that lead to his arrest last Friday. They are based on the accounts of two women, one of whom says Weinstein forced her to perform oral sex on him in 2004, and another who says Weinstein raped her in a midtown Manhattan hotel in 2013.

Weinstein himself has not addressed the allegations, but his lawyer, Benjamin Brafman, said on Tuesday that the rape allegations were “absurd,” because Weinstein had a consensual sexual relationship with the woman for 10 years, a relationship that continued after the alleged rape, Brafman said. He did not address the other women's allegations.

Manhattan District Attorney Cy Vance said in a statement Wednesday that Weinstein’s indictment brings him one “step closer to accountability for the crimes of violence with which he is now charged.”

“I thank the heroic survivors for their strength throughout this process,” Vance added.

In October, an investigation by the New York Times found that, over the years, Weinstein paid at least eight women to stay silent after they accused him of sexual harassment or unwanted sexual contact, while the New Yorker reported that 13 women accused Weinstein of sexually harassing or assaulting them since the 1990s, including the actress Asia Argento and a women named Lucia Evans.

Brafman, Weinstein’s lawyer, said in a statement after the indictment was issued that it came as no surprise, and “merely mirrors the same charges in the criminal court complaint and does not add anything to the case we did not already know.”

Brafman said he asked Vance for more time "so that Mr. Weinstein's attorneys could gather the material needed to properly prepare him for his grand jury testimony, but that request was denied.”

In the end, Weinstein didn't testify before the grand jury before they issued their indictment.

“We remind everyone that an Indictment is merely a formal accusation. Mr. Weinstein intends to enter a plea of Not Guilty and vigorously defend against these unsupported allegations that he strongly denies,” Brafman said.

Weinstein And Rape Accuser Had 10-Year Affair, His Lawyer Says

Wife Of Cop In George Floyd Killing Files For Divorce