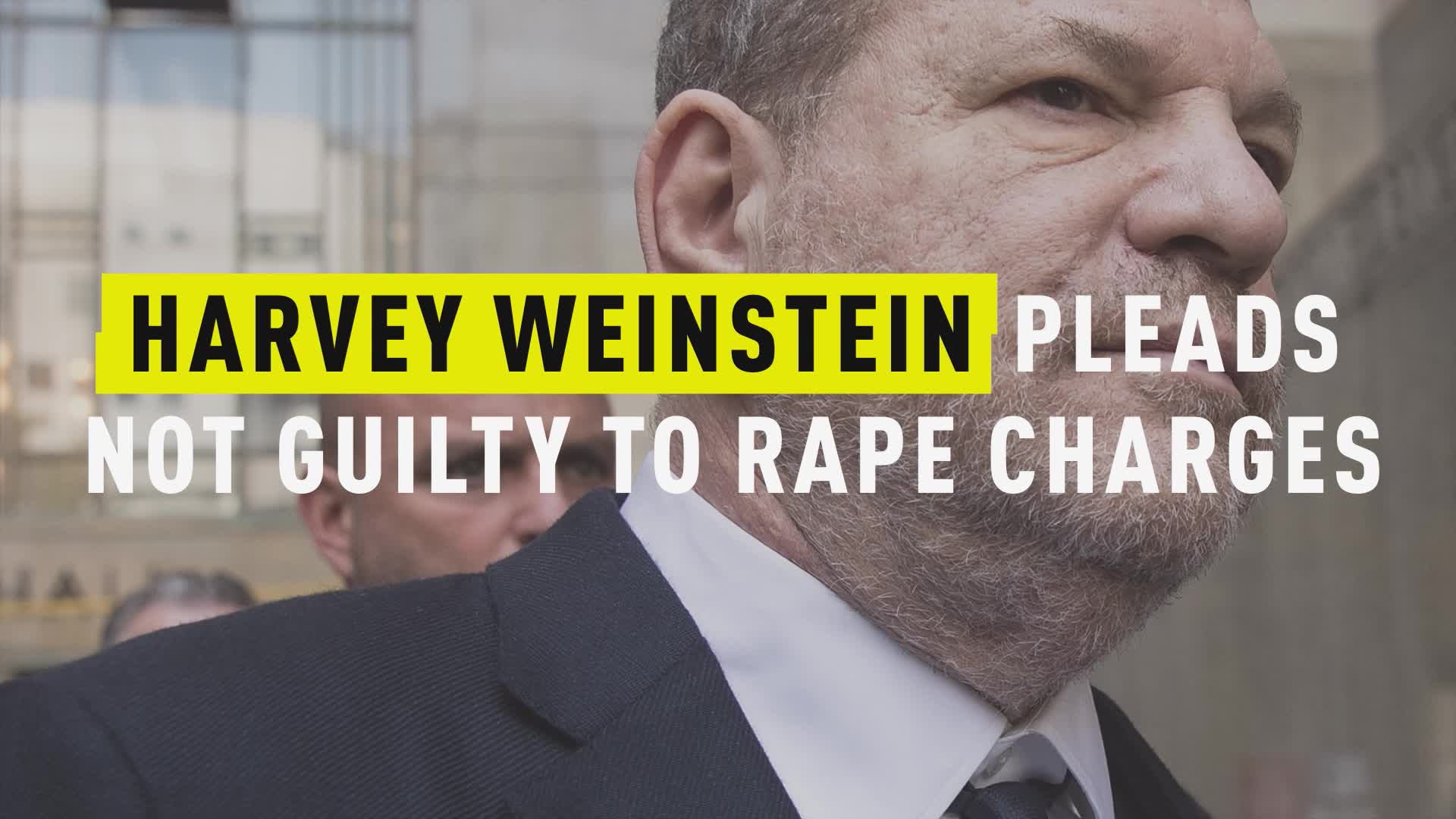 Harvey Weinstein pled not guilty to rape and sexual assault in a Manhattan court Tuesday morning.

Weinstein, who was indicted by a grand jury last week, is accused of sexually assaulting two women in Manhattan. One woman alleges Weinstein raped her in 2013, while the other woman says he forced her to perform oral sex on him in 2004, according to the indictment.

A court clerk began Tuesday's proceeding in the customary way, by addressing Weinstein directly and loudly announcing that a grand jury had returned an indictment “charging you with criminal sexual act in the first degree and related charges. How do you plead: guilty or not guilty?”

“Not guilty,” Weinstein replied in a soft, barely audible voice.

The disgraced Hollywood heavyweight limped into Judge James M. Burk’s packed courtroom at 10 a.m., accompanied by his lawyer, Benjamin Brafman. Weinstein was unshaven, and appeared pale and haggard. He wore a black suit jacket, over a white shirt and a black tie.

His long black jeans bunched around his ankles, hiding the GPS monitoring device he agreed to wear as a condition of his release on $1 million bail.

After Weinstein pled not guilty, Brafman addressed the court.

"However reprehensible the crime of rape is, it is equally reprehensive to falsely accuse someone of rape. Mr. Weinstein has denied these allegations," he said. "He enjoys the presumption of innocence and vigorously denies these charges. He intends to fight them."

Brafman then asked Judge Burk for a special schedule that would allow him to file ordinary motions first, and require prosecutors to wait until later in the case to file a special procedure, called a Molineux motion, that would let them admit evidence of other, uncharged crimes.

In asking for the special schedule, Brafman pointed to what may become a crucial issue in Weinstein’s prosecution: how much proof will prosecutors be allowed to present to a jury that Weinstein assaulted more women besides the two he has been officially charged with assaulting.

Such evidence of other, uncharged conduct has proven powerful evidence against men accused of sex crimes. For example, Bill Cosby’s first trial ended in a hung jury, but his second trial resulted in a conviction after several women testified that Cosby drugged and assaulted them.

“We need time to address these issues,” Brafman, Weinstein’s lawyer, told journalists after court. He added that he might ask for seperate trials, one for each woman’s allegations.

On the steps of the courthouse, Brafman also told journalists that the charges against Weinstein were “eminently defensible, based on what we have learned."

The woman accusing Weinstein of rape has not been identified, but in October the New Yorker reported that 13 women accused Weinstein of sexually harassing or assaulting them since the 1990s, including a women named Lucia Evans, who said Weinstein forced her to perform oral sex on him in 2004 — allegations that mirror those in Weinstein's indictment.

An investigation by the New York Times, also published in October, found that Weinstein paid at least eight women to stay silent after they accused him of sexual harassment or unwanted sexual contact.

Weinstein remains free on $1 million bail. His next court appearance is scheduled for September 20.