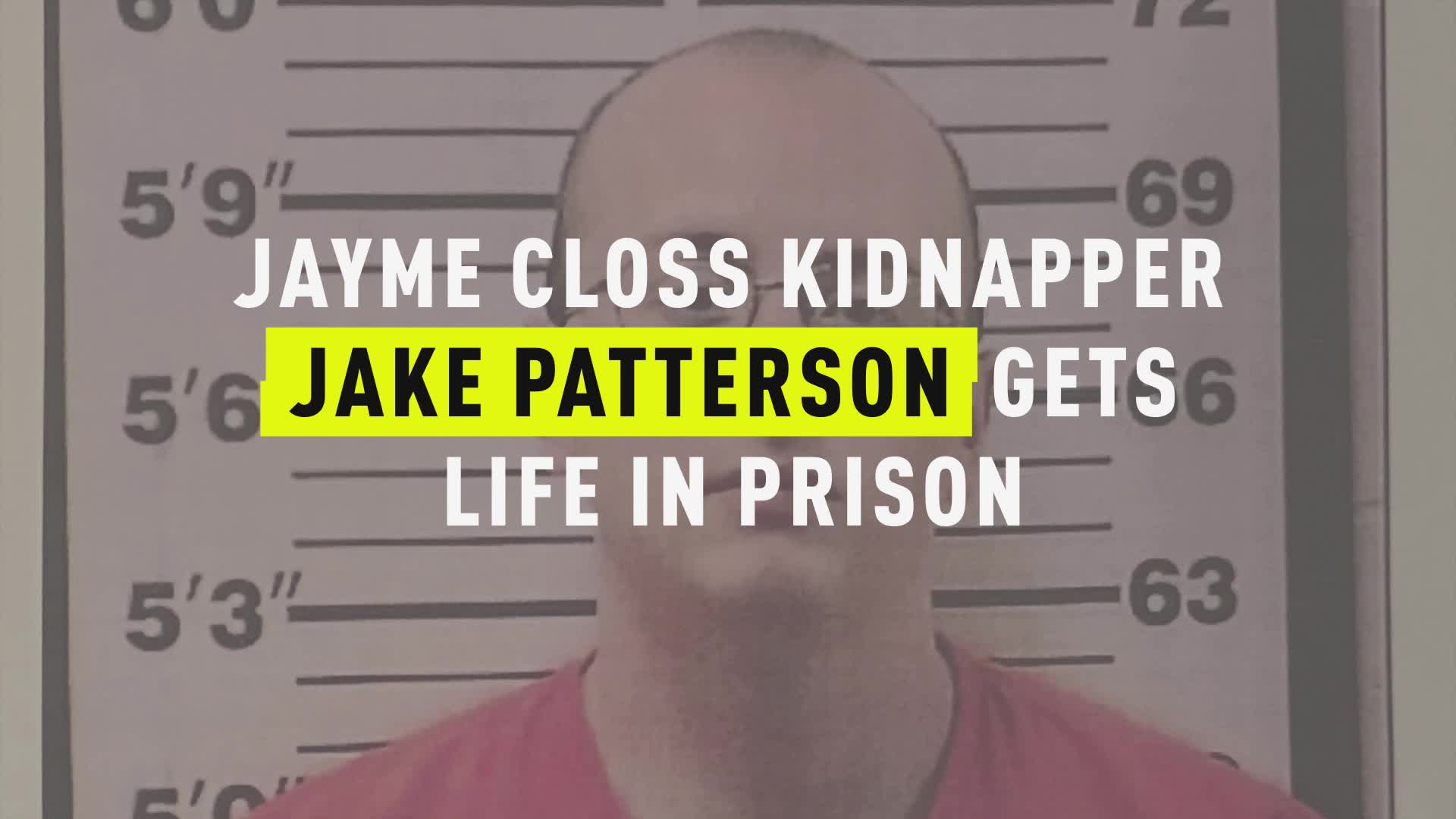 Jake Patterson, who was sentenced to life in prison for the 2018 kidnapping of Jayme Closs and murder of her parents, has been moved to a maximum-security prison in New Mexico.

Patterson, 22, was transferred from the Dodge Correctional Facility in Waupun, Wisconsin, to an undisclosed prison within New Mexico Corrections Department’s system. He was relocated due to “security concerns based on the publicity this case has received,” according to an inmate classification report obtained by the Green Bay Press Gazette.

The outlet also reported that Patterson has been removed from the online Wisconsin offender database as well as the state’s online sex offender registry.

Spokesperson Molly Vidal said the Wisconsin Department of Corrections decides if an inmate should be included in the online directory on "a case-by-case basis."

“A balancing test is done on a case-by-case basis to ensure the safety of incarcerated individuals and facility staff is balanced with the general public’s ‘need to know,’” Vidal told the Gazette.

On October 15, 2018, Patterson broke into the home of James Closs, 56, and Denise Closs, 46, and fatally shot them both before abducting their 13-year-old daughter, Jayme. Patterson bound Jayme's wrists and ankles with duct tape and then put her in the trunk of his car, fleeing to the nearby town of Gordon.

Jayme was held captive for nearly three months at Patterson's family cabin, where he forced her to hide under his twin bed. Jayme later told police Patterson would stack weights and various household items around the bed so he could keep track of her movements.

When people came over to the house, Patterson played music in the room and threatened Jayme with violence if she attempted to escape. On January 10, 2019, Patterson said he was leaving for five or six hours, and she made her escape. Jayme knocked down the barrier of laundry bins and weights, put on a pair of Patterson's shoes and bolted.

She soon stumbled upon Jeanne Nutter, who was walking her dogs. She took Jayme to a neighbor's house, where they called 911.

After Closs described her abductor and his car to police, they arrested Patterson, and he ultimately confessed to both the kidnapping and the murders. In late May, Patterson was given two consecutive life sentences for the murders of James and Denise Closs, and 40 years for the kidnapping of Jayme.