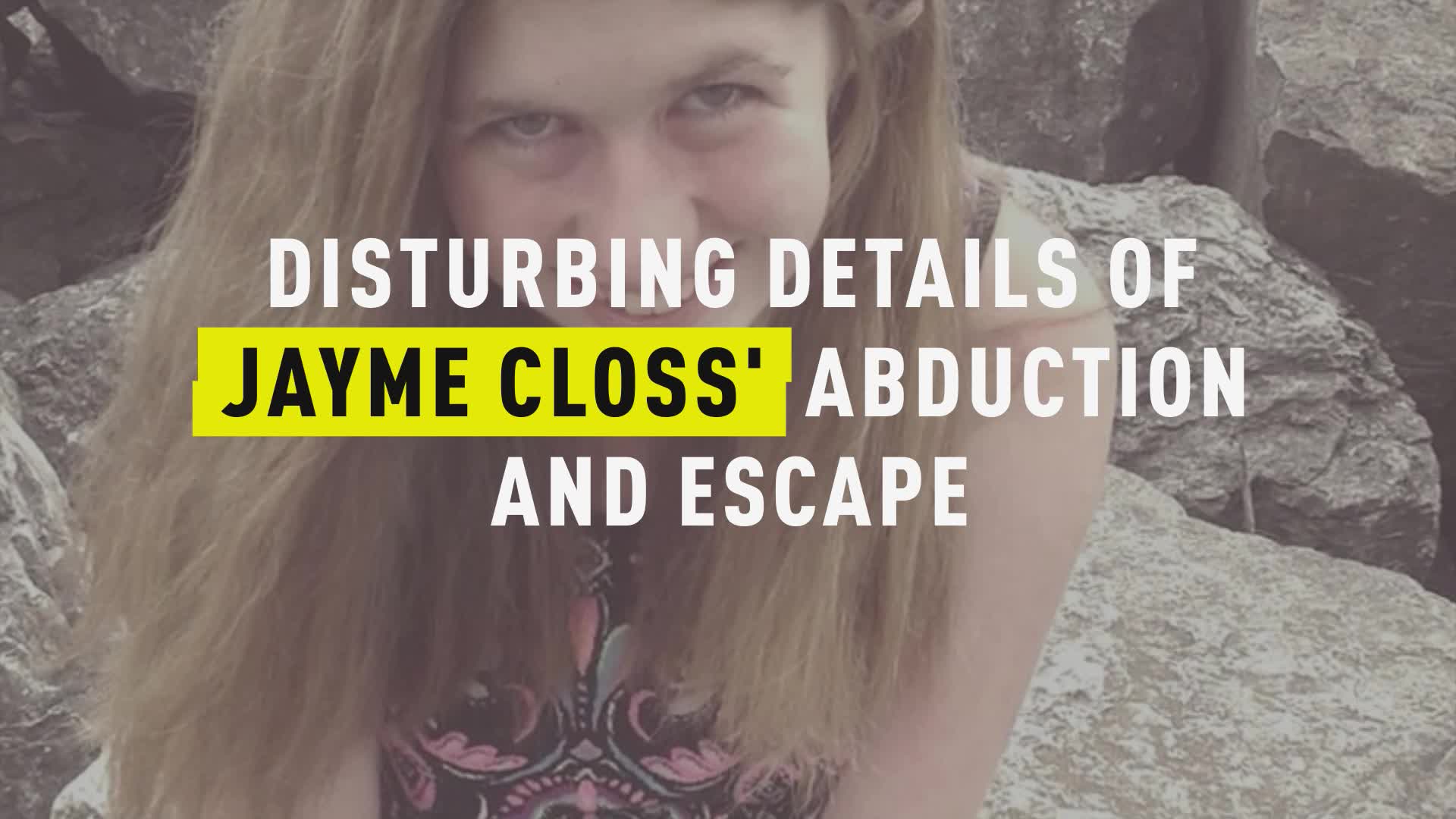 Wisconsin authorities have examined call logs, photos and videos stored on the cellphone of the man accused of kidnapping 13-year-old Jayme Closs and killing her parents.

Search warrant documents filed in Barron County Circuit Court on Tuesday don't reveal the nature of the photos and videos stored on the phone of 21-year-old Jake Thomas Patterson, who is charged with killing James and Denise Closs on Oct. 15 and kidnapping their daughter. But the documents said evidence on the phone could be used "to determine the chronological context" of what happened.

Jayme escaped from a cabin in Douglas County on Jan. 10 after 88 days in captivity and flagged down a woman for help. She was able to provide a description of the car Patterson was driving, and he was arrested shortly thereafter.

According to a search warrant affidavit, the red Ford Taurus Patterson was driving was taped up and taken to a secure evidence garage. The FBI's evidence response team searched the car the next day and found his cellphone on the front seat.

The phone was released to the Wisconsin Department of Justice to be analyzed by someone trained in the forensic extraction of data.

The documents said authorities were looking for a contact list, a log of incoming and outgoing calls and the dates and times of those calls, texts or other messages and social media communications. They were also seeking emails that were sent to or from the cellphone, evidence that would tell them where the phone was during their months-long investigation, and any pictures or videos on the device.

Patterson told investigators he saw Jayme getting on a school bus near her home and decided to abduct her. He then tried to abduct the teen twice before finally doing so, but backed out both times because of nerves, according to court documents. The complaint said Patterson went to the Closs home Oct. 15 with the intention of kidnapping Jayme and with plans to kill if necessary.

A criminal complaint written against Patterson by Barron County prosecutors, obtained by Oxygen.com, revealed how the Closs family was sleeping when Patterson allegedly showed up to their home armed with a shotgun. He allegedly first shot the teen’s dad who went to the front door to investigate. Jayme and her mother locked the bathroom door and hid in the bathtub while calling 911, but Patterson busted down the door before allegedly killing the mom. Both parents, Denise and James, were shot once in the head with a shotgun.

Patterson then allegedly took the teen to his cabin near Gordon, a township of 645 people in thickly forested Douglas County.

His next court date is Feb. 6.