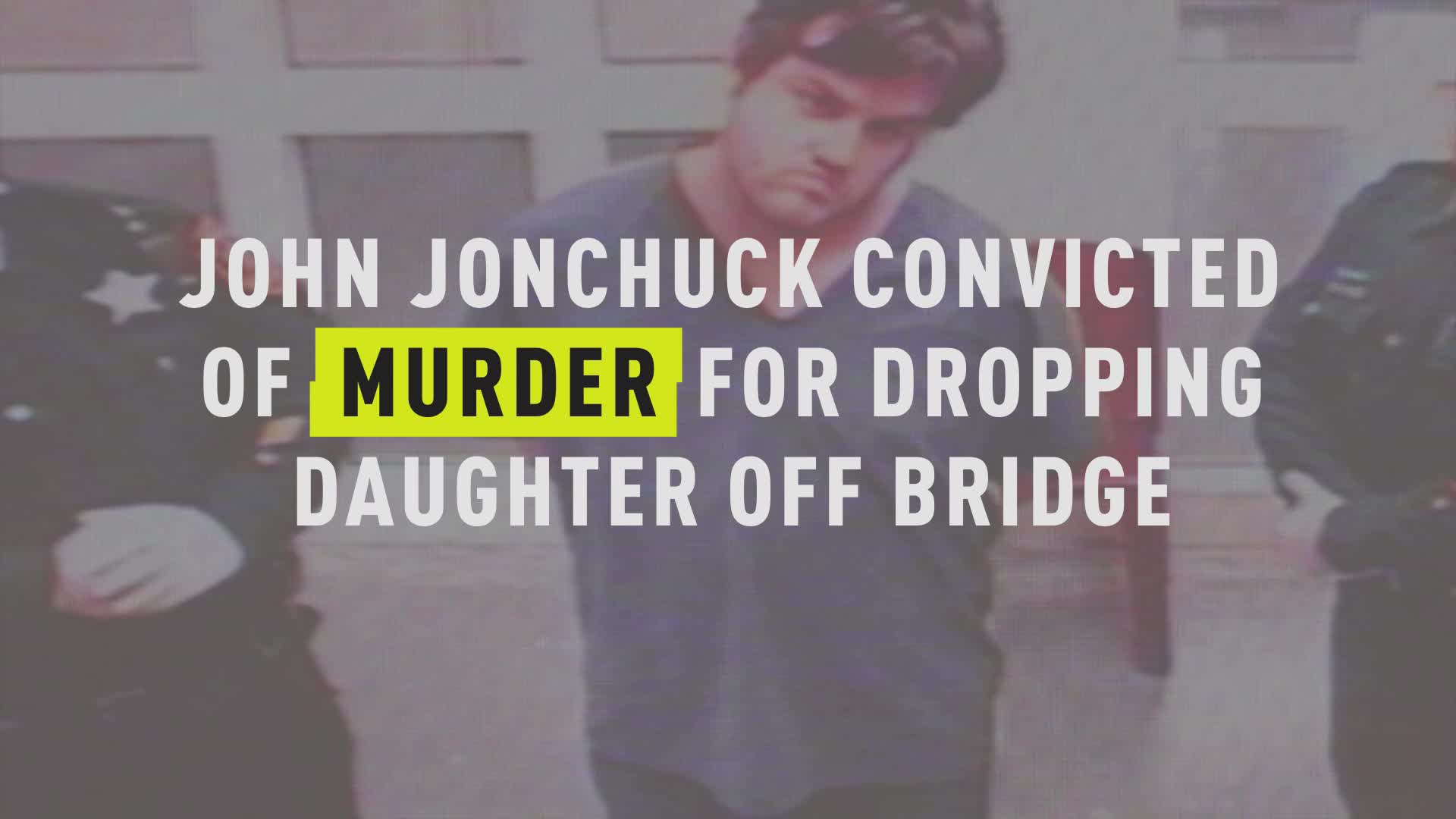 A father who claimed he was legally insane when he killed his daughter by throwing her off a bridge is now demanding a new trial after being convicted of murder.

John Jonchuck of Tampa Bay, Florida was found guilty of first-degree murder on April 16 in the death of his 5-year-old daughter on Jan. 8, 2015, but his public defenders officially filed a motion Friday asking for a new trial, saying that the judge made several erroneous decisions throughout the weeks-long proceeding.

Public defender Jessica Manuele, who drafted the motion, says that the 11 points she highlights in the motion are enough to demand a re-do.

“The strength of the motion is how many issues there are,” Manuele told the Tampa Bay Times. “Where one thing may not have warranted a new trial alone, the totality of the errors should.”

Pinellas-Pasco Circuit Judge Chris Helinger, who presided over Jonchuck's case, will review the materials of the motion. Manuele plans on filing additional documents in the near future as well.

Jonchuck's attorneys had unsuccessfully attempted to argue that he had been not guilty by reason of insanity, saying that he had been suffering from psychotic delusions when he threw his child off of a bridge and into Tampa Bay, resulting in her death.

Prosecutors countered, saying that Jonchuck was motivated by revenge against his mother, who had fawned over the girl after abandoning him in his early childhood, and his wife, who had disputed Jonchuck's custody of the child. They argued that the way in which Jonchuck fled the scene suggested he was cognizant of his actions.

Manuele is now attempting to argue that several incidents unrelated to the alleged crime were inappropriately brought up during the trial. In one situation, Jonchuck was accused of polishing a staircase in the hopes that an uncle would trip and fall. He had also been accused of forging checks.

“The defendant was prejudiced because he was not on trial for any of these crimes or wrongs,” Manuele wrote.

The admissibility of testimony from a psychologist who argued that Jonchuck showed signs of psychopathy in the past is also now being debated. Additionally, lawyers are now arguing that banter between jurors and witnesses had tainted the trial and that the jurors were not properly instructed by the judge.

"The errors made by the trial court denied John Jonchuck, Jr. the right to a fair trial, and [Jonchuck] respectfully requests this court grant his motion for new trial," the motion concludes, according to Fox 13 of Tampa Bay, Florida.

A date for the next hearing has not yet been set.

Is A Man Who Threw His Daughter Off A Bridge Insane?