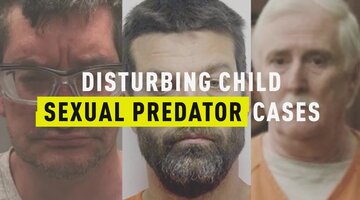 Victims of a Pennsylvania pediatrician awaiting trial on charges he sexually assaulted more than 30 children blasted regulators who they say could've stopped him decades before his arrest but did nothing.

Dr. Johnnie "Jack" Barto, 71, was arrested back in January for molesting a 12-year-old girl and was ultimately accused of decades-long abuse, with dozens of other child victims, according to CBS News. However, his alleged abuse of two female patients in 1998 was brought before the state Board of Medicine, which decided he could keep his license because regulators claimed there was a lack of evidence to support the allegations.

Prosecutors say that after the board made that decision, Barto continued his reign of abuse and molested at least a dozen patients, all up until his January arrest, according to the Associated Press.

Barto has pleaded not guilty to the charges.

"It could've stopped with me," Lee Ann Berkebile (pictured), 28, of Johnstown, told The Associated Press. "Instead they chose to cover for him and stick up for him, and now look what happened. All you did was let a sicko touch other girls."

Berkebile was 4 years old when her mother took her Barto for a runny nose and cough. But instead, she claimed he inserted his finger in her vagina. She said she told her mother and the incident was reported to police but after the child was interviewed, no charges were filed, according to documents obtained by the AP from state archives.

Berkebile’s dad, Sam McAdams, blames Barto's prominence in the town and his own family’s poverty for the lack of charges at the time.

"We got treated like we were garbage for even saying something or suggesting something," McAdams told the Associated Press.

Misconduct claims have run rampant in the world of medicine as of late. One 2016 study by the consumer group Public Citizen found state regulators often fail to punish doctors for abuse.

"I was livid. I was appalled they gave him back his license," Kelli Bowman told The Associated Press. "I feel sorry for those kids. It's all the medical board's fault."

She claims her daughter Kelsey, 3, was molested by Barto just four years after Berkebile.

Cambria County District Attorney Kelly Callihan, who referred the ongoing criminal prosecution to the Pennsylvania attorney general's office because staffers in her office had Barto as their children's pediatrician, said the older accusers are right to be angry.

"It looks like a missed opportunity here to file charges, get a conviction and stop this happening to the many other victims who have now come forward," said Callihan, who joined the DA's office in 1996 but said she wasn't involved in Barto's case. "The system failed them, whether it was the criminal system or the administrative process they went through."

Calling All True Crime Fans
Oxygen Insider is your all-access pass to never-before-seen content, free digital evidence kits, and much more!
Sign Up for Free
All Posts About
Breaking News
Related
Very Real