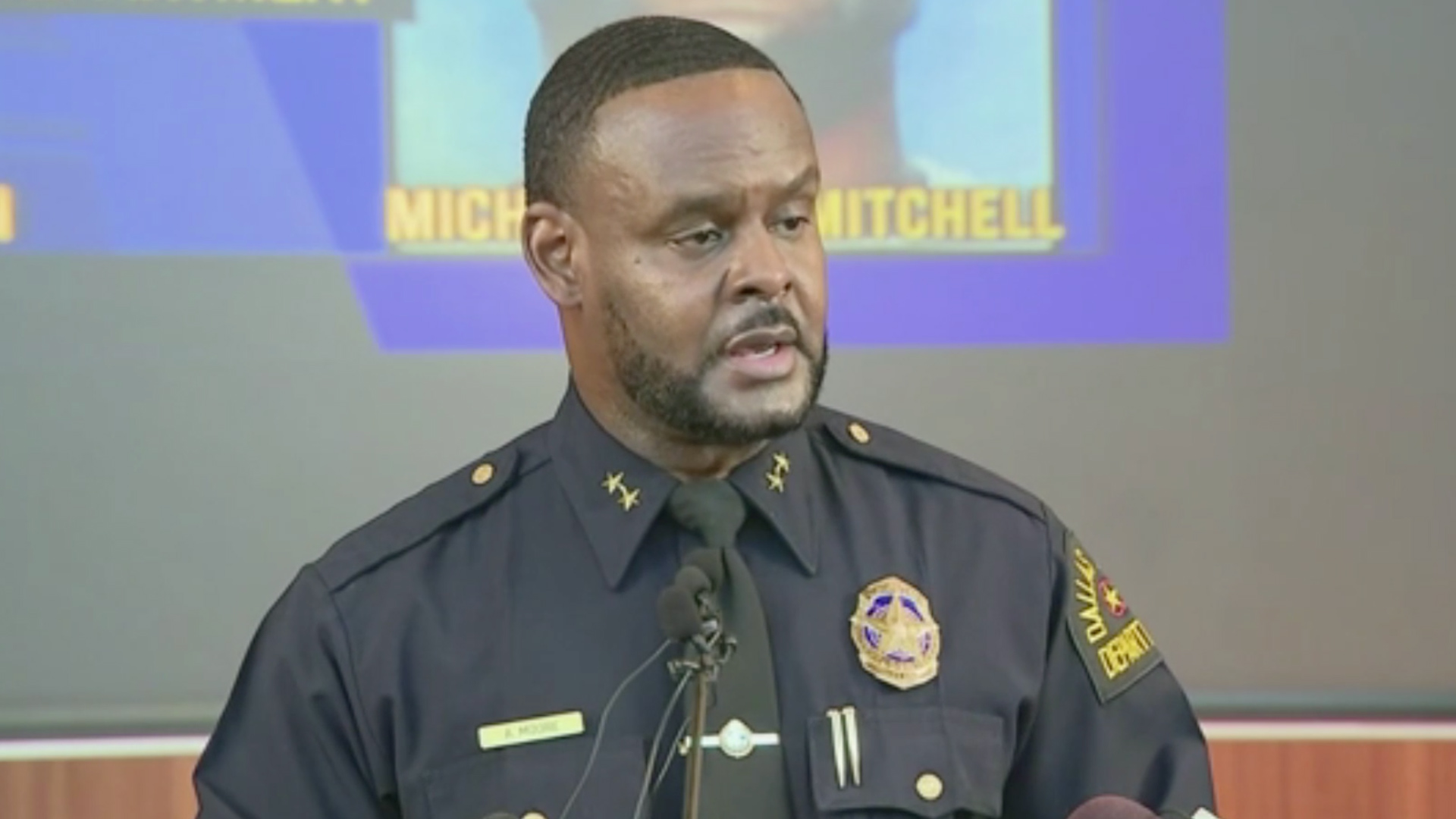 Dallas Police have identified three suspects in the murder of Joshua Brown, a witness in the Amber Guyger murder trial, and have one of the men in custody.

Authorities believe Brown, 28, was killed during a drug deal gone bad outside his Dallas apartment, and have named Jacquerious Mitchell, 20; Michael Mitchell, 32; and Thaddeous Green, 22, as suspects in the Friday night shooting, NBC News reports.

Jacquerious Mitchell is in police custody at an area hospital after being shot in chest during the alleged drug deal. Authorities are still searching for the other two men.

Assistant Chief of Police Avery Moore said at a news conference Tuesday that the three suspects traveled from Alexandria, Louisiana, to purchase drugs from Brown, according to CBS News.

However, during their meeting, Jacquerious allegedly told police that a conversation between Green and Brown escalated to violence.

Green allegedly shot Brown twice in the lower body. Brown fired back, striking Jacquerious in the chest. He told police after he fell into the car that he heard two more gunshots before the men fled the scene.

The suspects dropped Jacquerious at the hospital before fleeing the area, according to police. Authorities believe they may be armed and dangerous.

During a search of Brown’s apartment, police confiscated 12 pounds of marijuana, 149 grams of THC cartridges and more than $4,000 in cash.

Authorities have said the shooting was not connected to Guyger’s murder trial.

The former Dallas Police officer was convicted last week of entering 26-year-old Botham Jean’s apartment and fatally shooting him twice in the chest. She testified during the trial that she believed she was in her own apartment, which was one floor below, and that Jean was an intruder.

Brown, who lived on the same floor as Jean, provided critical testimony about what he heard just moments before the shots rang out, as he was returning to his apartment.

Brown testified that he heard what sounded like two people meeting by “surprise” and then the sound of gunshots. He told jurors he never heard Guyger, an off-duty Dallas police officer, give any commands such as “show me your hands” before the fatal shots were fired as she had claimed.

After Brown was shot to death on Friday — just 10 days after providing the critical testimony — speculation began to spread that his death may have been linked to the trial.

Lee Merritt, an attorney for Jean’s family who is also helping the Brown family, said in an earlier Facebook post that Brown had been a reluctant witness — and had even fled the state to California in an attempt to avoid testifying. He claimed Brown had been in fear for his life.

Police stressed, however, that they do not believe the shooting was related to Brown's testimony.

“The rumors shared by community leaders that Mr. Brown’s death was related to the Amber Guyger trial and that the Dallas Police Department was responsible are false,” Moore stressed during the press conference according to NBC News. “We encourage those leaders to be mindful because their words may jeopardize the integrity of the city of Dallas and Dallas Police Department.”