A routine traffic stop turned deadly after a known gang member pulled out a .380-caliber handgun and shot a female officer standing just inches away, resulting in her partner returning fire and killing a man identified as Richard Mendoza, 32, who was also on probation at the time.

The dramatic exchange, which left one officer wounded after she was shot in the leg, was caught on video and was recently released by the Los Angeles Police Department.

During the July 27 incident, which was captured on video, officers can be seen pulling over a silver Nissan Altima at about 10:15 p.m. The female officer, who hasn't been identified, approaches the driver's side of the car and recognizes the driver as someone she knows on federal probation, according to The Los Angeles Times.

"Haven't seen you in a while," she tells the driver. "You still on probation?"

Mendoza responds that he has nine months left on probation and the officer asks him to step out of the car, saying, "You don't have anything on you, right?"

The female officer's body cam footage shows Mendoza with his hands up, slowly exiting the car. Once out of the vehicle, he quickly raises his arm and shoots the officer, who falls to the ground.

He then turns to shoot the second officer, who was standing on the passenger side of the vehicle. However, officer Miguel Alarcon manages to shoot first, causing Mendoza to fall to the ground. Alarcon, meanwhile, walks around the back of the vehicle before firing an additional shot.

The female officer can be heard screaming in pain.

Our latest Critical Incident Video is from an Officer-Involved Shooting that occurred on July 27, in which an LAPD Officer was shot at point-blank range during a traffic stop. The officer survived & the suspect died from gunshots. Link to entire video ➡️ https://t.co/AiIE7p28Ac pic.twitter.com/h4alCk6Lzf

An ambulance arrived on the scene shortly after the shots were fired and the officer was able to receive medical attention.

"By the grace of God she is alive," Moore told the paper. "Officers are fearful in these situations and the public here gets to see why."

Mendoza, however, died from his injuries. 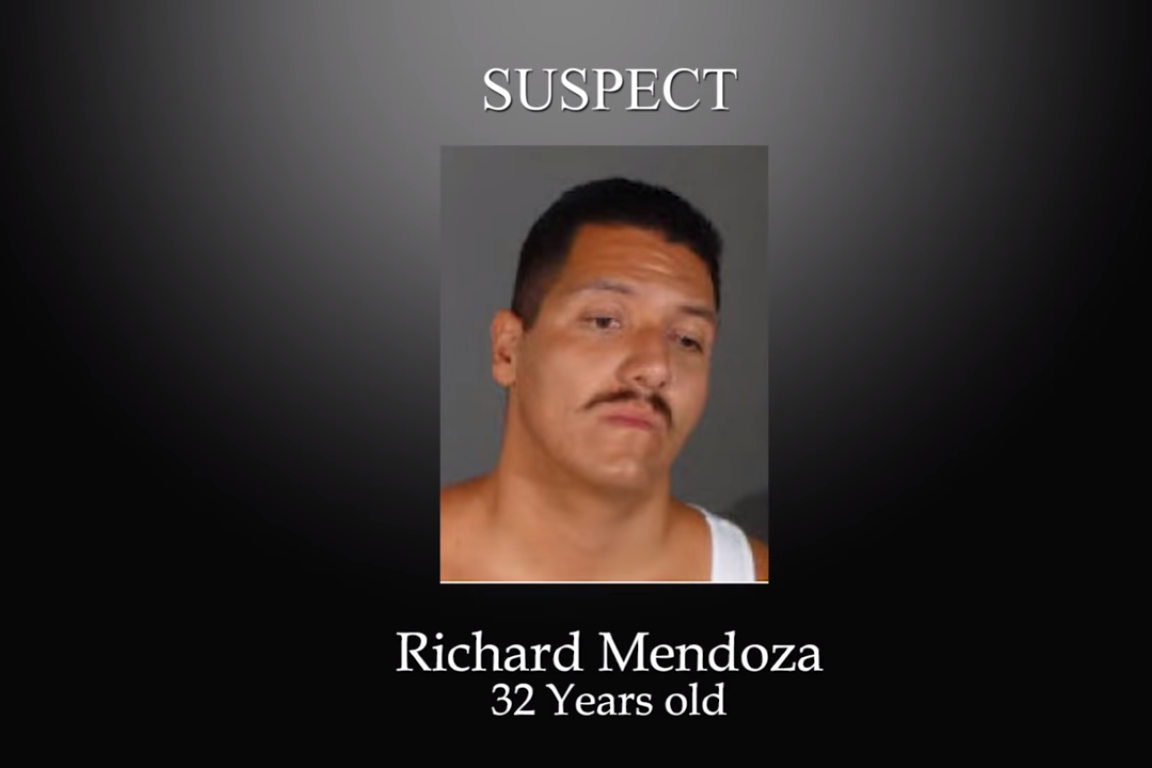 Alarcon was commended for his quick reaction time, which very likely saved both his and his fellow officer's lives.

"Those officers did an outstanding job," retired LAPD Sergeant Mike Sayre told Fox 11 after viewing the footage, adding that the officer only had seconds to react.

The video was released as part of a new policy by the LAPD that requires video to be made public within 45 days of an officer-involved shooting.

Naya Rivera Is Believed Dead After Day Of Searching

'The Staircase' Murder Mansion Now Up For Sale

11-Year-Old Killed By Neighbor During Dispute Over Dog