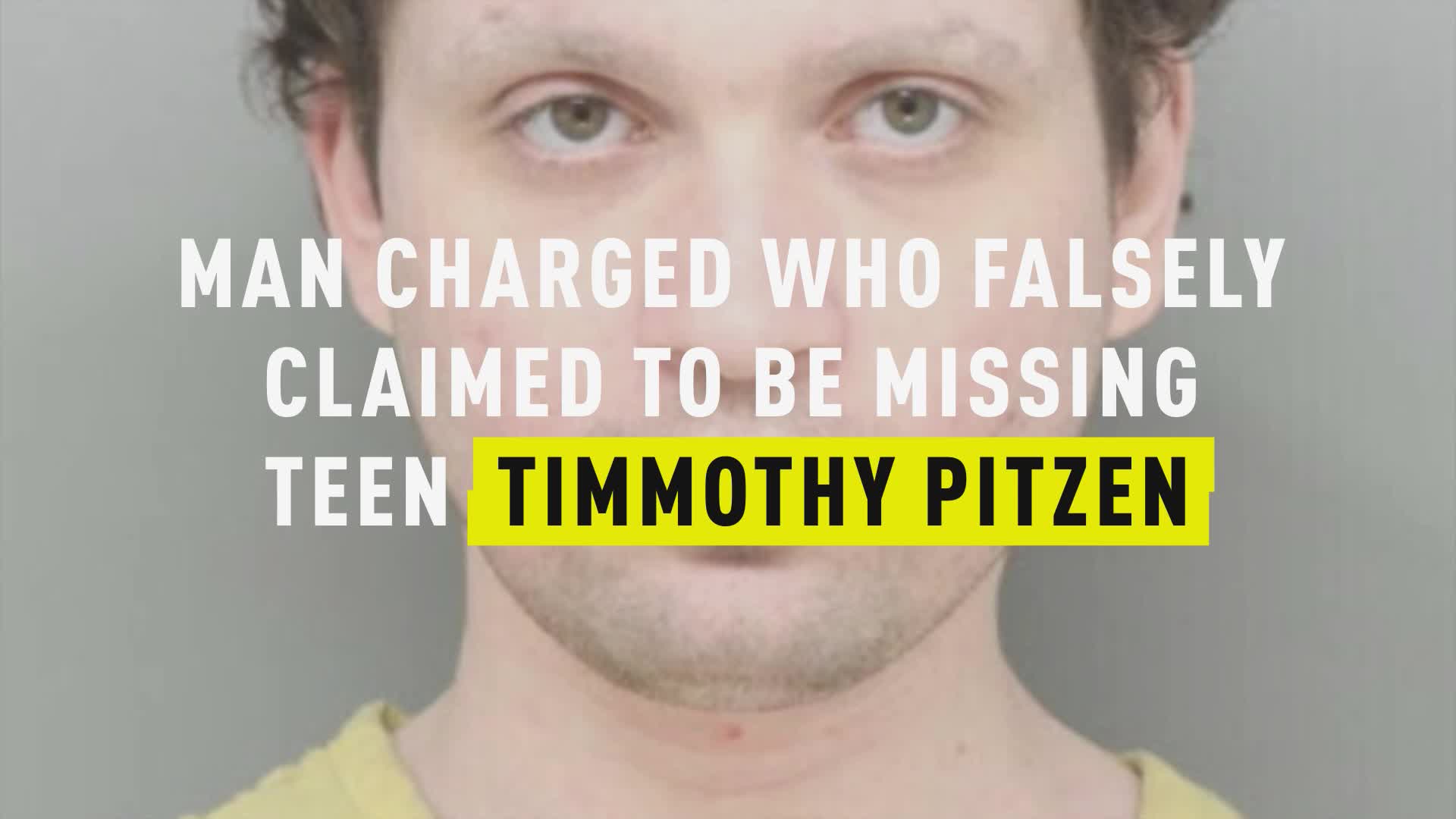 The grandmother of an Illinois boy who went missing in 2011 said she hopes the the publicity generated by a man allegedly claiming to be him will result in new leads.

Last week, 23-year-old Brian Rini allegedly pretended to be Timmothy Pitzen, who vanished at the age of 6 and would be 14 now. Rini has been charged with making false statements to a federal agent.

“This was the first time anybody ever claimed to be Tim,” Linda Pitzen told the Wooster Daily Record. “And so that, in some ways, was kind of happy news, and in some ways it was kind of frightening and kind of put red flags up, wondering if a 6-year-old could really remember his name after seven, eight years of supposedly being kept captive.”

According to a federal complaint obtained by Cincinnati.com, Rini admitted to the hoax after a DNA analysis determined he wasn't Pitzen. He allegedly told investigators that he heard about the missing boy’s story on ABC's “20/20.” An episode on the case reportedly re-aired within the last few weeks.

Linda Pitzen said that Rini caused a lot of hurt and expressed hope that he would get mental health treatment.

“I just can’t believe somebody could do this and bring the hopes up of not just my family, but my extended family,” she said. “My husband was the oldest of 10 children. And his brothers and sisters and their children and their children and everybody was hoping that Tim would be found and we could have a huge family reunion with him.”

Pitzen, of Aurora, Illinois, disappeared at age 6. Pitzen’s mother, Amy Fry-Pitzen, picked him up at school on May 11, 2011, took him to the zoo and a water park, and then killed herself at a hotel, leaving a note in which she said her son was fine but insisted that no one would ever find him. His family has been trying to track him down ever since.

Linda Pitzen holds out hope her grandson is still alive.

“I do not think he is dead. And as long as he’s alive, there’s always a possibility that we’ll find him, or he’ll find us,” she told the Daily Record. She hopes the renewed attention leads to something positive.

“This was the first time we’ve had national coverage of this. And there are people telling us that, ‘We’ve never heard about this before.’ ... And maybe somebody’s seen something and will call the police.”

Who Is The Man Who Claimed To Be Timmothy Pitzen?