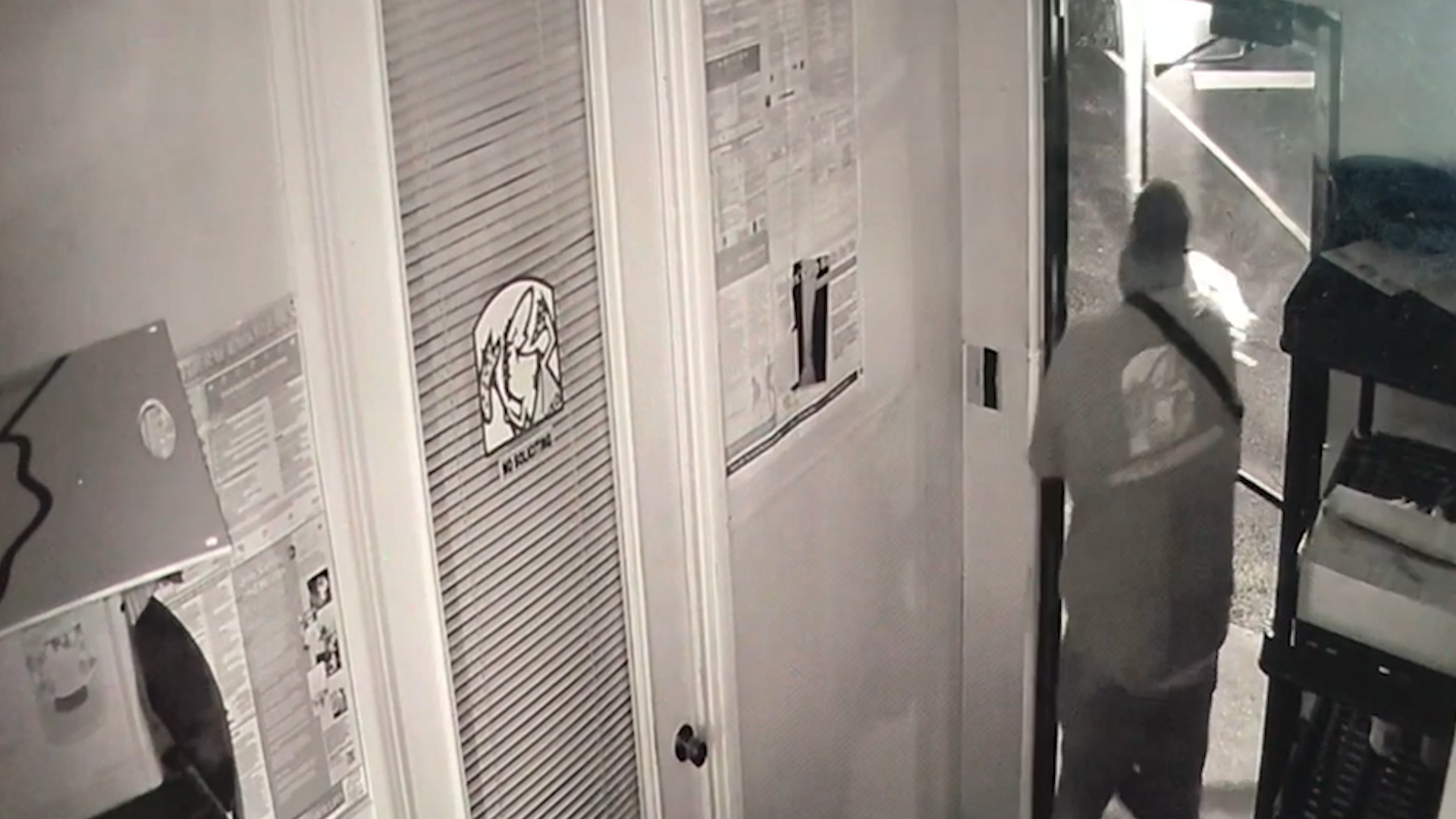 The worker had just locked up the restaurant in Holly Hill, Florida on Saturday when the attacker, wearing the mask pictured above, surprised him outside.

Heriberto Feliciano, 28, told police that as soon as he walked out the door, the masked person hit him with a wooden post and then attacked him with scissors, according to a police report obtained by Oxygen.com.

Surveillance footage provided to Oxygen.com by police shows Feliciano appearing cautious and looking out the door of the store after closing. He seems hesitant, but steps outside. The footage shows him being attacked as he steps out. The attacker can be seen raising the post above his head to strike the pizza worker and hitting him with it. Then, they move out of the frame.

The mask worn by the attacker.

Feliciano told police that after the post broke, the suspect took out a pair of scissors and tried to stab him. Feliciano, who had a concealed gun on him, then used it to defend himself, police said. He shot the attacker four to five times at close range, according to the police report.  A witness to the shooting later told police that he heard one of the men yell "Bitch" during the altercation, according to police.

After shooting the attacker, Feliciano dialed 911.

“I just shot somebody,” he told the operator. “He attacked me while I was closing my store. Please hurry up!”

Feliciano was injured in the face and shoulder during the attack. He has a permit to carry a concealed weapon, according to the Daytona Beach News-Journal.

“It appears from the information we have developed thus far that the attack was unprovoked and Mr. Feliciano was defending himself,” Stephen K. Aldrich, chief of police for the Holly Hill Police Department, told Oxygen.com.

Aldrich told Oxygen that Coggins does not have a local arrest history.