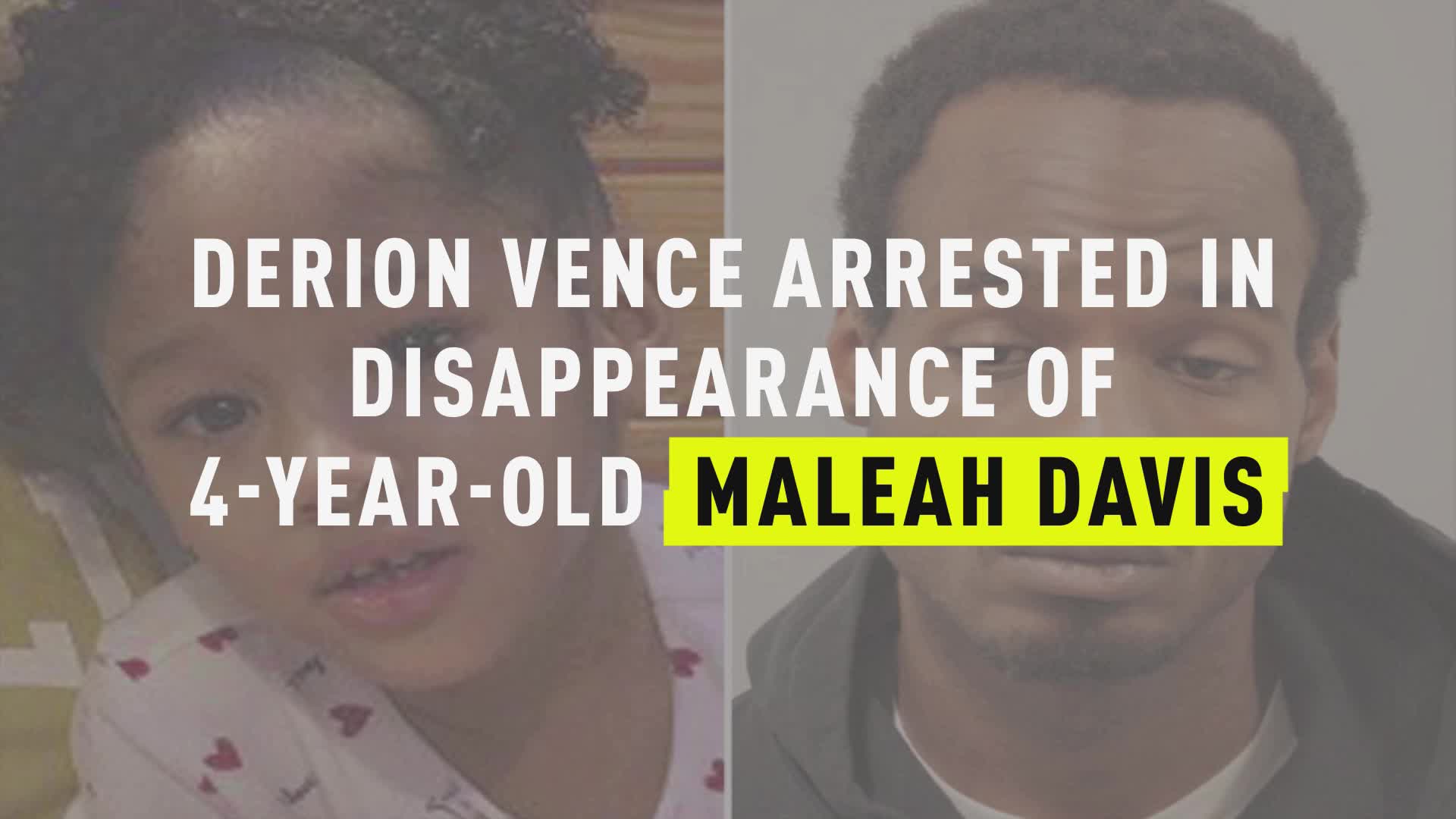 A spokesperson for the mother of missing 4-year-old Maleah Davis made shocking allegations against the mother’s one-time fiancé, claiming he killed and dismembered the young girl as retribution for a break-up.

“Many people did not know that he dismembered this beautiful baby,” community activist Quanell X told local station KHOU.

Quanell X, who has repeatedly spoken out about the case on behalf of Davis’ mother Brittany Bowens, believes that's what happened to the young girl’s body because of evidence he said was found at the apartment the family once shared together.

Houston Police have not confirmed the allegations made by Quanell, but did say in a statement earlier this week that there was blood evidence found in the apartment linked to Davis.

The mother’s fiancé, Derion Vence, 26, was been arrested in connection with the case and charged with tampering with evidence, specifically a human corpse. Additional charges could also be forthcoming.

In some media reports, Vence is referred to as the young girl’s stepfather.

Quanell and Davis’ family have alleged that Vence had been physically violent toward Davis in the past, describing previous spankings and beatings of the young girl, according to local station KRIV.

The young girl’s mother believes he may have killed Davis after Bowens said she found out that Vence had been sending explicit pictures of his penis to another man. The couple allegedly argued about the images and Bowens accused him of being gay shortly before she went out of town, leaving her daughter behind.

“She told him that she was giving back his ring, and that she was not going to marry him,” Quanell said. “I believe that caused him to snap in anger against young Maleah.”

Vence initially told authorities that the girl was abducted by three Hispanic men on the evening of May 3 after he'd pulled his car over to check to see whether he had a flat tire. He claimed the men attacked him and took off with the girl, leaving him and his 2-year-old son behind. However, investigators have said he has changed his story several times since making the report.

Police also found surveillance footage that shows Vence leaving the apartment carrying a heavy laundry basket and large garbage bag, according to KHOU. That same laundry basket was later recovered from the silver Altima Vence had claimed to have been driving the night of the abduction and specially trained cadaver dogs later detected the smell of human decomposition in the trunk of the vehicle.

Davis has still not been found.