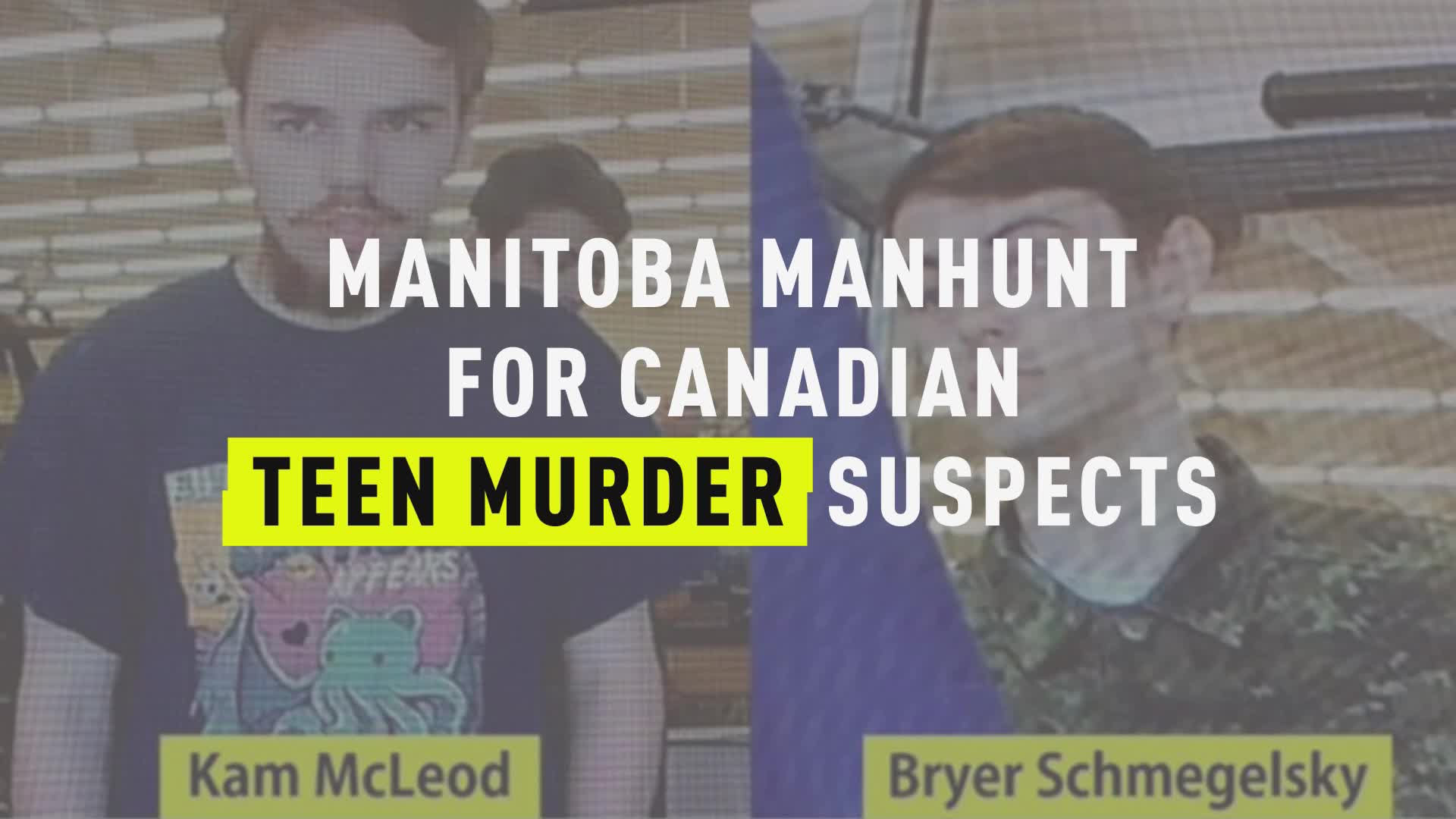 Canadian authorities are scouring a Manitoba river for any signs of two missing Canadian teens who are wanted for the murders of three people as the manhunt for the teens stretches into its third week.

The Royal Canadian Mounted Police in Manitoba said on Twitter that they were searching the shores and waters of the Nelson River after discovering a damaged aluminum boat abandoned on the shore Friday afternoon.

The boat was spotted by officers searching the area by helicopter. In addition to the search along the surrounding shore, the RCMP Underwater Recovery Team (URT) plans to “conduct a thorough underwater search of significant areas of interest,” after finding the mangled boat.

Authorities are searching for Kam McLeod, 19, and Bryer Schmegelsky, 18, both of Port Alberni, British Columbia. The teens are wanted by authorities in the slayings of three people, including American Chynna Deese, 24, and her Australian boyfriend Lucas Fowler, 23. They were found dead July 15 along a rural highway just outside Liard Hot Springs, a popular tourist destination.

The teens are also wanted for the murder of botanist Leonard Dyck, 64, whose body was discovered July 19 about 300 miles away from where Deese and Fowler were killed. The camper van that McLeod and Schmegelsky had been driving was found nearby engulfed in flames.

Authorities initially listed McLeod and Schmegelsky as “missing” but quickly changed their designation to suspects in the murders as the investigation unfolded.

After a possible sighting of the pair in York Landing, authorities launched a “thorough” and “exhaustive” search of the area but were unable to substantiate the tip, they said on Twitter last week.

“RCMP resources will continue to be in the York Landing & Gillam areas,” they said. “We thank the community for their patience & understanding & ask them to continue to be vigilant.”

Investigators are also looking into reports that the two suspects may now be traveling through Ontario, according to Canadian media outlet CBC.

Last week, OPP Constable Michelle Coulombe said police in northeastern Ontario had received information about two possible sightings. In one, someone reported seeing a suspicious white vehicle being driven through a construction zone on Highway 11.

"There was two occupants in the vehicle who had similar descriptions to the suspects who are wanted in the B.C. murders," she said.

An earlier report had placed the teens in Iron Bridge.

However, authorities have been unable to confirm either sighting.

A Canadian survivalist familiar with the rough terrain in Manitoba told Fox News if the teens have vanished into the wilderness there it’s possible they could survive “for weeks.”

“Even if they had next to no gear, they could go a very long time if they have the will to survive,” Dave MacDonald said.

MacDonald runs the International Canadian School of Survival and also served 19 years as a search and rescue technician with the Royal Canadian Air Force.

MacDonald said that even with “mediocre training” the teens may be able to survive until autumn when temperatures drop.

“If they know anything about food and wild animals, there’s a lot of food out there—berries, fish, grouse, frogs and insects,” he said.

But Schmegelsky’s father, Alan Schmegelsky, said in an earlier interview with The Canadian Press that he believes his son plans to “go out in a blaze of glory.”