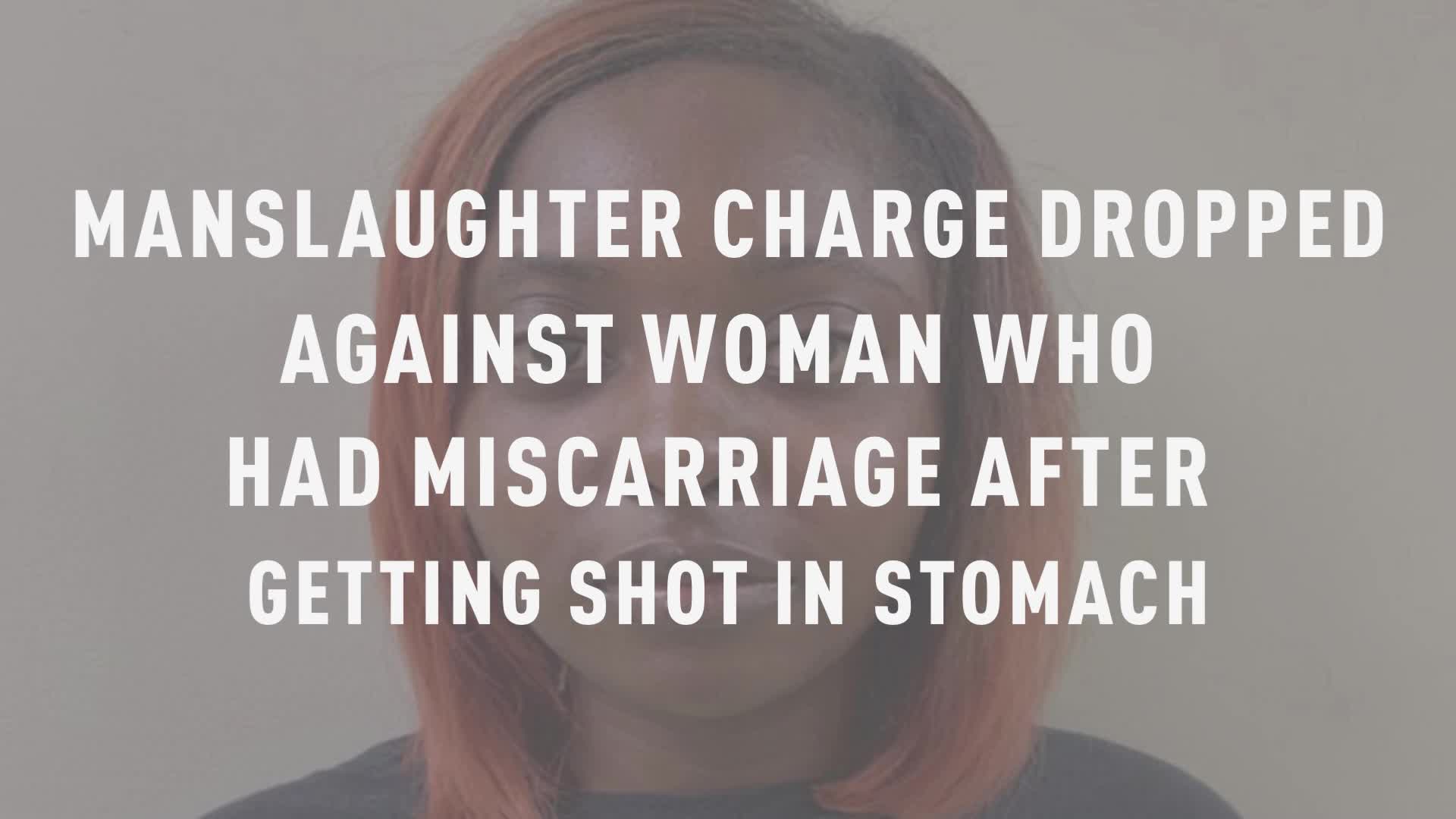 A controversial manslaughter charged filed against a Alabama woman who suffered a miscarriage after she was shot in the stomach has been dropped.

Outrage erupted online last week after the news broke that a grand jury indicted Marshae Jones on manslaughter charges in her unborn baby's death, while her alleged shooter had her charges dismissed. They decided she was responsible for the miscarriage because she provoked another woman into violence. The shooting occurred in 2018 when the 28-year-old Birmingham woman was five months pregnant; she was shot in the stomach near a Dollar General store in Pleasant Grove, resulting in a miscarriage, according to the Washington Post. The alleged shooter, 23-year-old Ebony Jemison, was initially charged with manslaughter but a grand jury declined to indict her. Investigators say she acted in self-defense and that it was Jones who triggered the fight.

Officials announced Wednesday that Jones was no longer being charged with manslaughter, AL.com reports.

"After reviewing the facts of this case and the applicable state law, I have determined that it is not in the best interest of justice to pursue prosecution of Ms. Jones on the manslaughter charge for which she was indicted by the grand jury,’’ Bessemer Cutoff District Attorney Lynneice Washington said at a Wednesday press conference. “Therefore, I am hereby dismissing this case, and no further legal action will be taken against Ms. Jones in this matter.”

She called the case a “disturbing and heartbreaking one,” one where “an unborn child was tragically lost, and families on both sides of this matter have suffered. Nothing we do today or in the future will change that reality.”

Washington said there are no winners, “only losers, in this sad ordeal.”

Just days before the announcement that the charge was dropped, Jones’ lawyers publicly called the state’s logic "flawed and twisted,” urging the charge to be thrown out.

“It defies logic and reason to believe that Ms. Jones’ legal provocation was caused by her unborn child,” the legal team headed by Birmingham attorney Mark White wrote in their motion. They argue that the “unreasonable, irrational and unfounded indictment is fatally deficient and is due to be dismissed."

Jones’ story went viral last week, with people taking to social media to share their outrage over the grand jury decision. Some expressed worry over what it meant for women’s rights.

“The Handmaid’s Tale has already arrived, in Alabama,” Zoe Williams wrote in a Guardian opinion piece. “And feminists everywhere need to see Marshae Jones’s battle as their own.”

Alabama voters passed a constitutional amendment in November that gave fetuses the full legal rights and protections of people. As of today, 38 states have fetal homicide laws, according to the National Conference of State Legislators.

Jones was released on bail last week. She has no prior criminal record.

Lawyers Argue Over Charges Against Woman For Miscarriage

Lawyers Argue Over Charges Against Woman For Miscarriage