The mood had been festive as Kathleen Rodriguez and her three daughters gathered around the table to prepare for Thanksgiving dinner three years ago.

The family had decided to make tamales rather than Turkey and set out the night before Thanksgiving on Nov. 25, 2015 to make the holiday meal. But the girls, including Rodriguez' 15-year-old daughter Maria Elizalde, soon got bored and asked if they could go outside to play with the neighbors outside their Dallas, Texas home.

They left the house around 7:30 p.m. or 8 p.m. that night. Rodriguez' husband saw all three girls playing in the yard around 9 p.m. when he arrived home, but when Rodriguez called for the girls to come in just a few minutes later, only two returned.

"She just vanished from the front yard," her mother told Oxygen.com.

Rodriguez said she immediately began calling for her daughter and checked with neighbors but no one had seen where the teen had gone. Even surveillance footage from cameras on the street revealed nothing, she said.

"Nobody had seen her or knew what had happened to her. I jumped in my truck real fast and, you know, I went around the block. Nothing," she said, adding that she also checked a nearby train station. 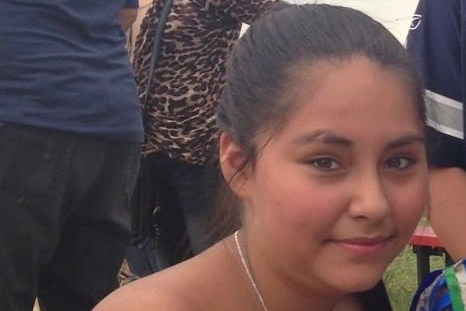 In the three years that have passed, there have been few clues into what happened to the teen but Rodriguez hasn't rested, even physically following people her daughter used to know and the detective assigned to the case to try to find any possible leads.

"I was out there day and night," she said.

Rodriguez said her search even led her to bad areas of town and her husband cautioned that she needed to stop before she got hurt, but she said she didn't care and only wanted to find her daughter.

"I just have to check every little lead," she said.

Her daughter had only been living with her for a little over a year when she disappeared, having previously spent much of her life in Mexico.

Rodriguez said she'd been taken there as a baby by her paternal grandmother and that Rodriguez wasn't able to have contact with her daughter for years. Rodriguez claims child protective services later contacted her to retake custody after there were allegations that the girl had been sexually abused by a family member.

Elizalde would act out occasionally, she said, but that is typical of someone who has been sexually abused.

Elizalde had also run away one time in the past, but Rodriguez said it was only for a few hours and her daughter had run to a "safe place" —a nearby hospital.

Rodriguez worries that her daughter's lack of experience in the United States could have made her a vulnerable target.

"I would always tell her all the time, there's not good people in this world. There are evil people out there, because she was so naive and trusting," her mom said.

While her daughter had run away once in the past, Rodriguez said on the night she disappeared she had no money with her, was hearing heels and had taken no jacket.

"I don't think at 15 years old you could run this long, this is like three years," she said. "Where are you going to go, you know?"

Rodriguez said her daughter had also told her she'd never run away because it had taken the two so long to be reunited before her disappearance.

With Thanksgiving once again just days away, Rodriguez' mind is never far from her missing child.

"We don't even do Thanksgiving anymore," she said through tears.

She still holds onto hope that her daughter is alive and said she wants her to know that she can always come home.

The hardest part, she said, is not knowing what happened to the daughter she so desperately loves. She hopes one day her daughter will reach out and contact someone from the family if she's able to.

"You don't even have to come home if you don't want to," Rodriguez said. "I just need to know you are okay."

According to the National Center for Missing and Exploited Children, Elizalde is biracial and is Native American and Hispanic. She is 5'0" with brown hair and hazel eyes.

Anyone with information in the case is urged to contact the Dallas Police Department.