Young people around the country are making their voices heard Satuday to demand gun control.

Following the February mass shooting in Parkland, Florida, thousands are marching in Washington, D.C.—with some 800 sister marches in New York, Los Angeles and other major cities—for the March For Our Lives protest, as CNN reported. The rally features students from Marjory Stoneman Douglas High School as well as supporters, activists and celebrities. Coast-to-coast, powerful words, images and social media updates are being shared.

The most powerful statements came from the Parkland victims. Emma Gonzalez, a Parkland student who has become a prominent face following the shooting, tweeted out well-wishes to everyone participating."Today is the #MarchForOurLives! Don't forget to hydrate, scream, and hydrate again !! With all the 17 in mind, we will (MSD) Shine"

Today is the #MarchForOurLives !!! Don't forget to hydrate, scream, and hydrate again !! With all the 17 in mind, we will (MSD) Shine ♥️🦅♥️

Many students took to the podium to share powerful words about survival and gun control.

Showing how social activism can span generations and the  parallel between these protests and other historical youth-led movements, Yolanda Reneee King, the granddaughter of civil rights leader Martin Luther King, Jr. is there.

Celebrities like Zendaya, Kim Kardashian, Kanye West and Ariana Grande, who sang "Be Alright," are also marching and using their significant platforms to spread the message. Other performers spotted include Jennifer Hudson and Miley Cyrus.

One of the most powerful celebrity appearances comes from Beatles singer Paul McCartney, who underscored that his best friend and band mate, John Lennon, was killed by a gunshot on December 8, 1980.

"One of my best friends was killed in gun violence right around here, so it's important to me," the music legend told CNN, while wearing a shirt that said, "We Can End Gun Violence."

"One of my best friends was killed in gun violence right around here, so it's important to me," says Paul McCartney, remembering his Beatles bandmate John Lennon at the March for Our Lives in New York City https://t.co/u4aBKWC1Jb pic.twitter.com/8Jnjn8A3xH 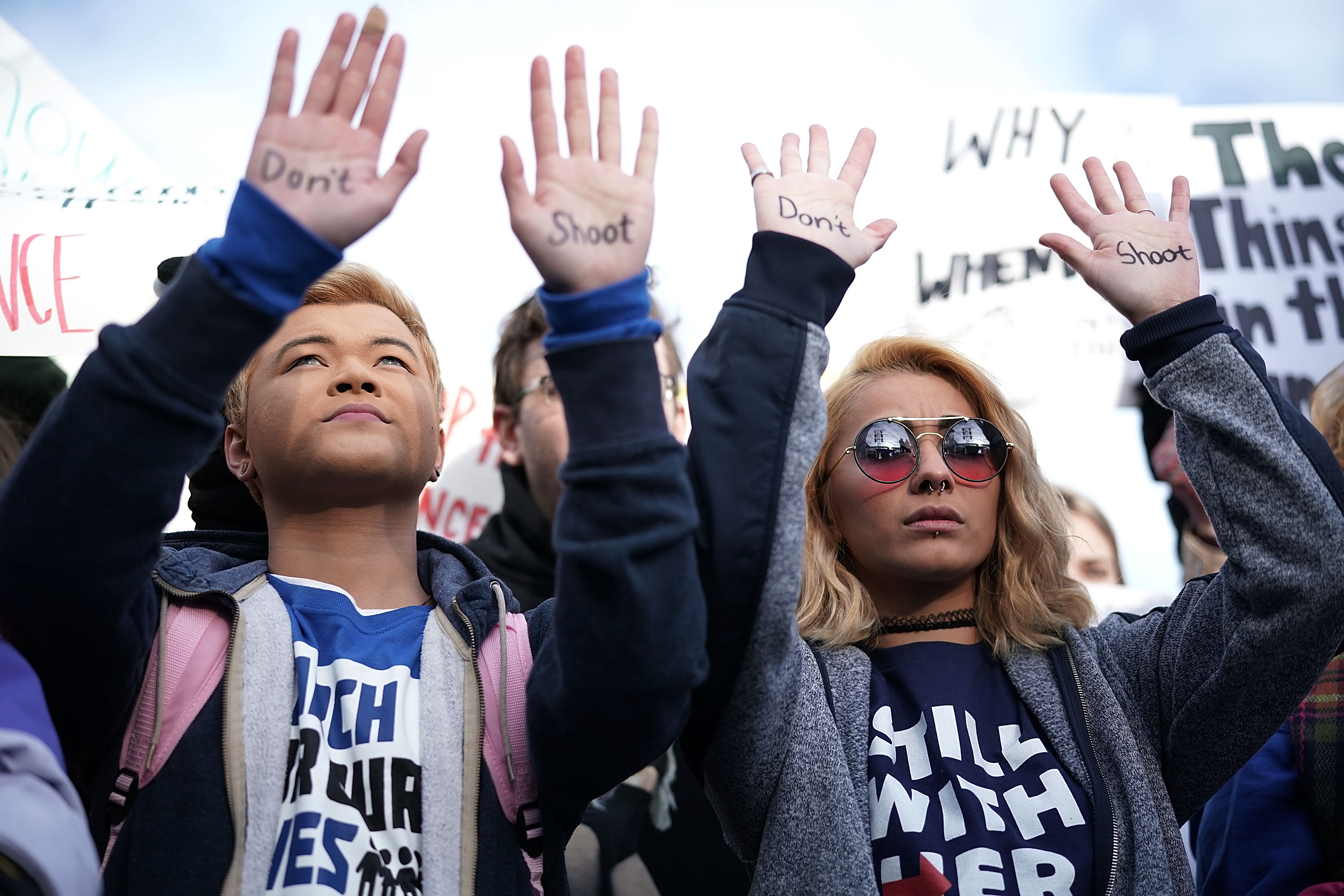 The rally is meant to get the attention of politicians and many on the front lines of gun legislation are listening. Barack Obama shared messages of support while Senator Chuck Schumer, an ardent gun control supporter, was spotted marching in the streets of his home state.

"Michelle and I are so inspired by all the young people who made today’s marches happen," Obama tweeted. "Keep at it. You’re leading us forward. Nothing can stand in the way of millions of voices calling for change."

Michelle and I are so inspired by all the young people who made today’s marches happen. Keep at it. You’re leading us forward. Nothing can stand in the way of millions of voices calling for change.

The energy across the country today is unparalleled. It is a powerful force for good. Marching with @March4LivesNYC to say #NeverAgain! #March4OurLivesNYC #MarchForOurLives pic.twitter.com/6dVyIg3VOU

March For Our Lives is a rally to demand that the lives and safety of young people be a priority in light of ongoing gun violence and mass shootings. The protests follow the National School Walkout, in which students from around the globe walked out for 17 minutes in honor of the 17 people who died in the Parkland massacre.

Follow March For Our Lives live on social media here.