A neighbor of the suspected gunman at Marjory Stoneman Douglas High School says that she saw his despondent behavior years before he killed 17 people at his former high school.

Prior to the incident, Joelle Guarino says always felt that he would shoot up a school given his violent tendencies.

"I had no doubt he was going to do this," she said to CNN. "My husband and I both knew that we would eventually see him one day on the news, wearing an orange jumpsuit being charged with murder."

Guarino used to live by 19-year-old Nikolas Cruz and saw him growing up. She describes him being sullen, avoiding eye contact with her and not speaking to anyone. She says that he did play with her children but displayed violent and anti-social behavior. On one instance, she says that Cruz threw a rock at her son and hit him in the eye. In another, she says that Cruz's bedroom was filled with holes, from when he got mad and punched the walls.

When he was in the eighth grade, Guarino said that Cruz began to harm animals, stabbing toads with spear-like objects. She caught him looking at her dog once and watching with glee as the animal foamed at the mouth.

"His face was excited that it was happening — with this wild satisfaction look," she said. "As soon as he saw me his demeanor changed."

Guarino said that Cruz's mother, Lynda, did call the authorities on her son for things like "hitting door with pool equipment," "throwing items" and "physical altercation." However, she said that the mother would deny the allegations and defend him later.

"Lynda always denied it. She would blame it on everyone else," she said. "She would excuse him for everything."

Cruz got into guns by the time he was legal. When he was 18, he posted a photo on Instagram with an AR-15 rifle. That's when Guarino called 911. But authorities told her that there was nothing they could do until an actual crime was committed. 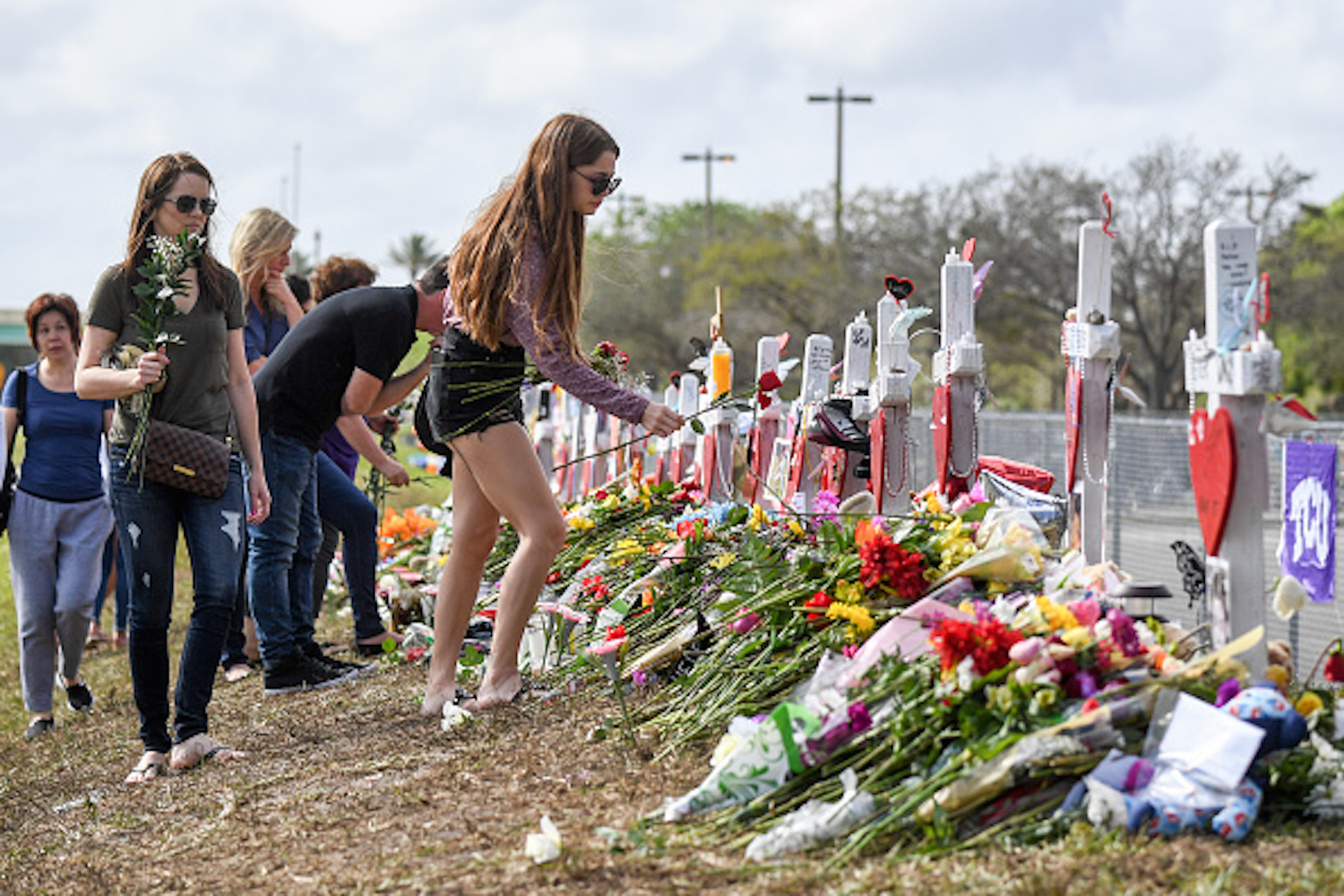 On February 14, Cruz allegedly went back to his high school in Parkland, Florida and opened fire with an AR-15 style semi-automatic rifle. The incident was one of the most deadly mass shootings in modern American history.

"I knew in my heart that he was going to do it," Guarino said.

Cruz has been charged with 17 counts of premeditated murder.

Calling All True Crime Fans
Oxygen Insider is your all-access pass to never-before-seen content, free digital evidence kits, and much more!
Sign Up for Free
All Posts About
Breaking News
Nikolas Cruz
Related

Woman Claims She Thought Husband Was Bear During Shooting

Man Dead In Oregon Was Wanted In Girlfriend's Murder